It’s high time we stop assuming the worst of people based on appearance alone, don’t you think? After all, appearances are incredibly deceiving and NEVER tell the whole story. Let’s discuss!

Please Stop Assuming the Worst of People Based on Appearances Alone

They say, “never judge a book by its cover,” but we still do every day. That man with a rundown house? Must be lazy.  That mom with kids in dirty clothes at the store? Neglectful. That teenager with a spiked green mohawk? Violent antisocial anarchist.  I could go on and on.

We take one look at someone or something and make a snap judgment about who they are. We tell ourselves their entire life story with one glance. It’s human nature, probably some sort of throwback to our days in caves when we literally HAD to make snap judgments based on appearances or risk getting eaten by a saber tooth tiger.

The thing is, we’re not living in caves anymore, and saber-tooth tigers have been extinct for 10,000 years (I actually thought it was a lot longer ago than that, but I looked it up). At some point, “it’s human nature” stops being a good excuse for bad behavior. Make no mistake about it, assuming the worst about people based on a single glance is bad behavior.

More than that, though- more than making us act ignorant- it makes us truly ignorant, in the dictionary definition of the word. Just like a glance at a book cover never really gives us the full scope of the story inside, a glance at a person’s clothing, car, home, etc. doesn’t really tell us a thing about their real story.

We can’t know a person’s full story from a glance at their cover.

Let’s go back to those examples I used earlier to discuss this, starting with the man with a rundown house. Imagine that he has a broken fence, clutter on the porch, and a car up on blocks in the driveway. It’s easy to see that and think, “Wow, that guy has no pride! He must be lazy!”

Now, what if I told you that the man who owns it just lost his wife to cancer? Most of their money went to medical bills, and he used what was left to give her a beautiful memorial service. Even if he had the money to fix his house, he’s too heartbroken and lost without his wife of 30 years to find the energy or will to do it. That “clutter” is some of her stuff that he’s donating to charity. The car belonged to his wife, and he gave the tires to a single mom down the street who desperately needed them.

I don’t know about you, but I’d feel pretty darn awful if I made a snap judgment that he was lazy only to find out that this man has lost everything he loved in this life, is trying his best to keep going AND still helping others as much as he can.

Oh, and that mom with kids in dirty clothes? She just finished working a 12-hour overnight shift, then found the energy to take her kids to the park (where they got dirty) before running errands. That teenager with the mohawk? He volunteers at a soup kitchen every week AND builds homes for Habitat for Humanity.

When You Judge Another, You Do Not Define Them, You Define Yourself

Author Wayne Dyer said, “When you judge another, you do not define them, you define yourself.” It really is true. Our judgments are based entirely on our own stories- our insecurities, priorities, and experiences- not on the other person’s story. It’s about our fears, our need to keep up appearances, our desire to put forth a particular image. It’s also entirely about what we think is the “right” way to look or dress.

Guess what, sunshine? Your way isn’t the only way! It’s a hard truth to hear, I know, but everyone has different priorities. For example, maybe you like to get all dressed up to go to your kids’ bus stop because it’s your one time of the day to socialize with other adults. That’s absolutely fine, and you shouldn’t change a thing. As they say, you do you!

Just don’t judge the mom in frazzled hair and pajamas. Maybe she works doubles and really only gets to see her kids first thing in the morning. So, rather than spending the time primping, she chooses to spend it with them. Assuming the worst about her is more about your own insecurity, your own need to make sure that everyone sees a specific image. It has absolutely nothing to do with her.

As Dee Dee Arthur said, “Judging is giving too much value on the surface and missing the value beneath.” We miss SO many opportunities to learn, grow, connect, and become better people overall when we just assume the worst of people based on appearances.

So, please, the next time you find yourself making a snap judgment after a glance at someone, stop. Remind yourself that you are only seeing a tiny fragment of their story. A single sentence, really. Just like you can’t get the entire plot of a book by randomly reading one sentence in the middle, you can’t know a person’s story by a single glance. 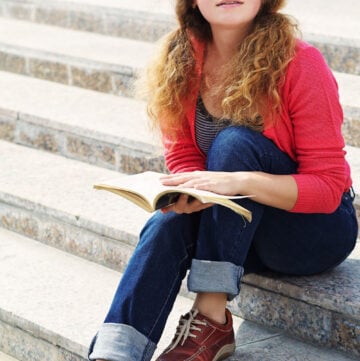 As Dostoyevsky once said, “It takes something more than intelligence to act intelligently.” When it ...

END_OF_DOCUMENT_TOKEN_TO_BE_REPLACED 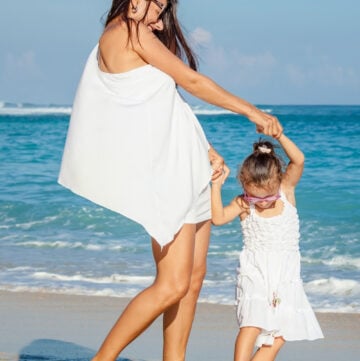 I’m not sure who needs to hear this (pretty sure we all do at one point or another, though), but ...