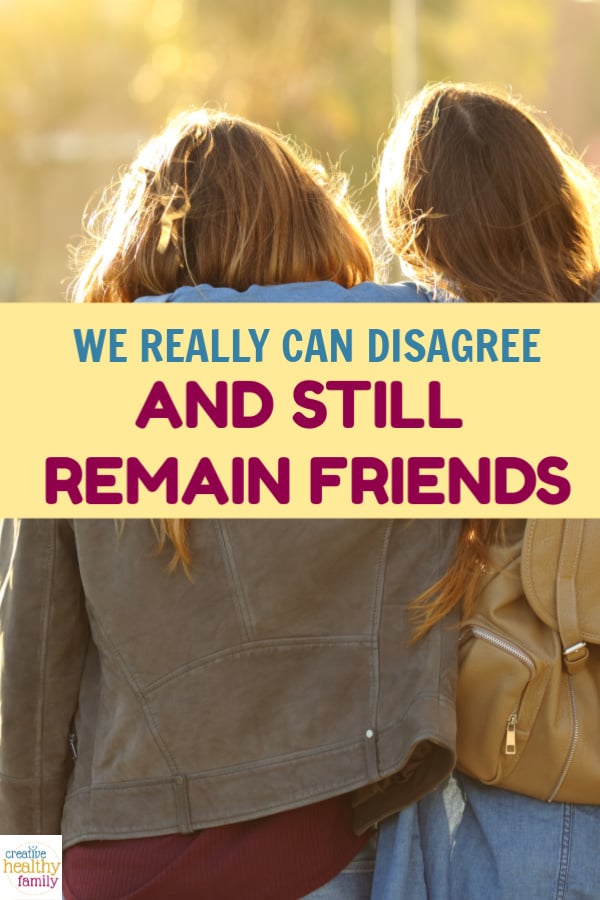 We don’t have to agree on everything to be friends. As the brilliant Morgan Freeman once said, “Just because I disagree with you doesn’t mean I hate you. We need to relearn that in our society.” Let’s talk about how. 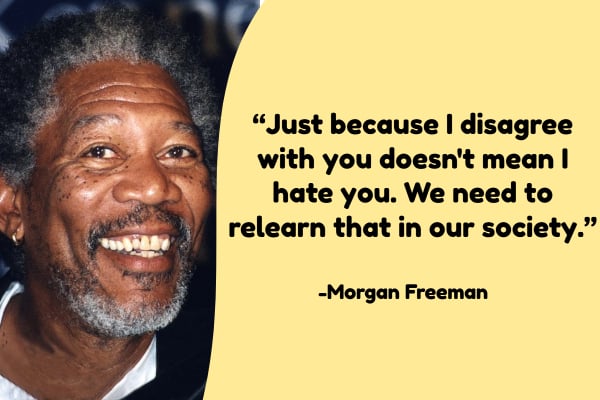 We Don’t Have to Agree on Everything to Be Friends

Why do we have such a problem with people expressing different opinions than us? From screaming matches during family dinners to comment wars on social media, we get super riled up anytime someone dares to disagree with us. The more intense the debate, the bigger the fall out. I have friends who haven’t spoken to family members since the 2016 election!

The sad part? All that arguing gets you nowhere fast, as  even science says you’re unlikely to change someone’s opinions. Wouldn’t it be better to learn how to accept each other’s different viewpoints and find a way to coexist in harmony?

I know it’s hard, especially when you’re disagreeing over something monumentally important to you, like basic human rights or politics. Let’s talk about how to handle differences of opinions that you can live with, then we’ll discuss the deeper issues. 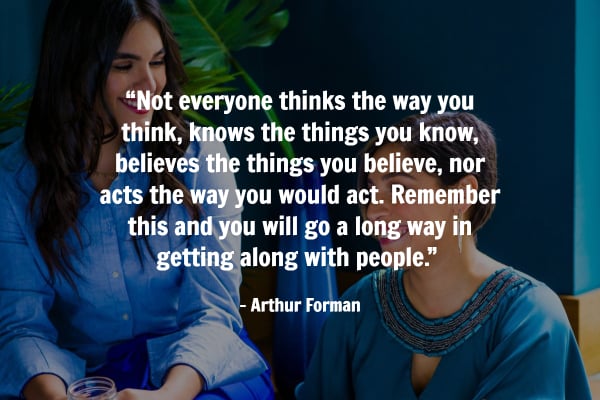 How to disagree and still be friends

I’d like to start with a quote that I really love, by Arthur Forman. He says, “Not everyone thinks the way you think, knows the things you know, believes the things you believe, nor acts the way you would act. Remember this and you will go a long way in getting along with people.”

However, it’s almost impossible to find someone who agrees with us on every single thing. We’d live a very lonely existence if “complete and total agreement on everything” was our criteria for friendship. So, how do you navigate the issues where you don’t see eye to eye? Well, you have two options, really.

The first choice is, of course, to just agree to disagree and leave it at that. If you feel like you can’t discuss a topic without becoming heated and angry with each other, then mutually agree that said topic is off limits.

On the other hand, if you’re both fairly rational people who can debate without getting angry or emotional, then by all means, discuss the topic. You may just learn something new. A friend shared a story with me about how she loved debating religion- typically a taboo subject- with another friend.

“He was Christian, and I was Wiccan,” she said.  “We couldn’t possibly believe in more different things, yet we had wonderful philosophical discussions for hours. No one ever raised their voice, and we never went away angry. In the end, we both had a better understanding of different faiths.”

See, that’s the beautiful thing about having an open and respectful discussion with someone who thinks differently than you! You both learn so much more about where others are coming from. Understanding leads to tolerance, and that’s something we need a lot more of in this world right now. 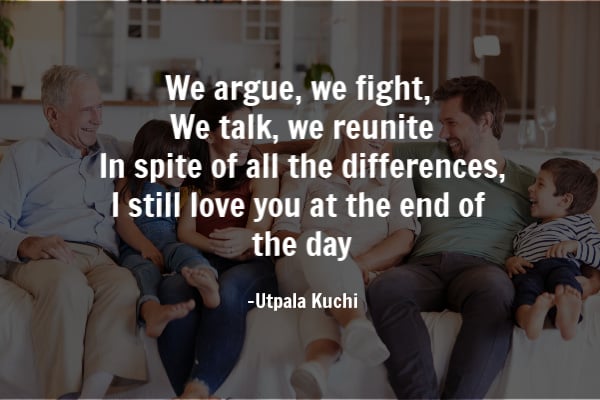 What about the major disagreements?

While the entire point of this post is to discuss how we don’t have to agree on everything to be friends, some differences are too overpowering to ignore. So, let’s talk about what to do when major disagreements come between you and your friends.

Accepting different opinions and respectfully disagreeing on the smaller things- yes, even on religion- isn’t terribly hard. What do we do when we can’t agree on the things that are most important to us, though? For example, what do you do if you discover that your friend is secretly a racist?

We can go back to the first possibility above and choose not to discuss it, but we still know deep down that this person feels something that is completely alien and even offensive to us. How do we cope with that? How do we justify remaining friends with someone who holds values that are 100% opposite of our own?

In that case, you’ll have to decide for yourself if your feelings on a topic matter more than a friendship. Sometimes, the answer is yes, and that’s okay. As therapist Deborah Duley, tells HuffPost. “We outgrow each other sometimes. It’s normal and a natural progression as we continue to grow and change as people.”

As for how to end the friendship, Duley says, ““I don’t know if it’s always necessary to let the friend know that you want to break up with them. A slow decline in seeking them out is oftentimes enough for them to get the message.”

In other words, there’s really no reason to call her up and say, “I can’t be friends with you because you believe in something that I think is vile.” Literally the only reason you’d do that is if you’re rearing for a fight.

Yes, we all have values so important to us that we can’t possibly be friends with someone who believes the opposite.