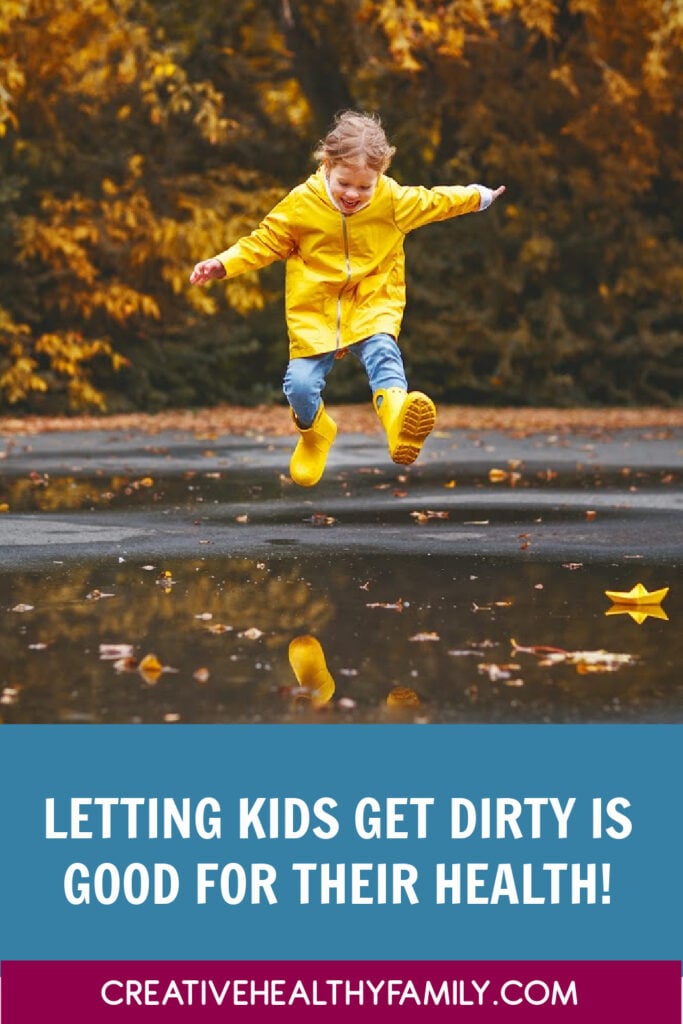 Playing in the sand and stomping in mud puddles isn’t just good fun for kids; studies show it’s actually good for their immune systems, too. Keep reading to learn more about why, in the name of good health, we need to start letting children get dirty more often. 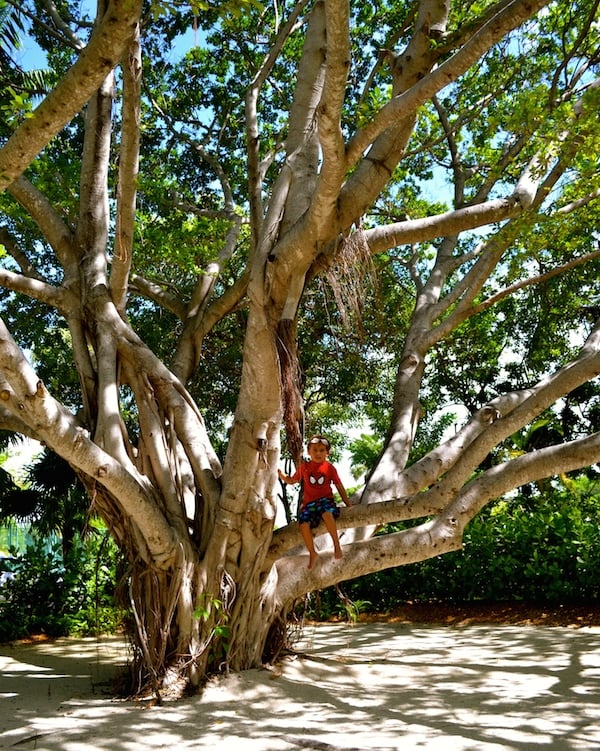 Letting Your Children Get Dirty is Actually Good for Their Health, Studies Show

Have you heard of the hygiene hypothesis? It basically states Americans are too clean, and it’s actually hurting our children. Among other things, the theory says that kids born in the US are more likely to develop major allergies than those born elsewhere- especially in what we call “developing nations.” According to the  FDA, here’s why:

The problem with extremely clean environments is that they fail to provide the necessary exposure to germs required to “educate” the immune system so it can learn to launch its defense responses to infectious organisms. Instead, its defense responses end up being so inadequate that they actually contribute to the development of asthma.”

What experts say about the hypothesis theory

The hypothesis first popped up in the 80s. Since then it’s been extensively studied by scientists like epidemiologists, immunologists, biochemists, and other experts. It’s also the topic of a  must-read book by B. Brett Finlay, Ph.D., and Marie-Claire Arrieta, Ph.D., Let Them Eat Dirt.  In the book, Finlay and Arrieta argue just how beneficial it is for children to be exposed to healthy bugs and bacteria.

According to the authors, research shows that the first 100 days of your baby’s life are critical for setting up the body’s microbe defense system.  Now, they (obviously) don’t recommend putting your infant down in the dirt. However,  Finlay and Arrieta believe that children exposed to a diverse set of microbes are “more likely to develop an immune system capable of defending against pretty serious things like diabetes, asthma, and negative reactions to vaccines.” They’re not alone, either. Let’s look at some other studies in favor of letting your children get dirty.

More and more studies show dirt is good for kids

A 2012 study done by the Brigham and Women’s Hospital “provides evidence supporting the hygiene hypothesis” as well as explaining the “how” and “why” behind it. They studied two groups of mice. One lived in a typical germy environment like normal mice do. The other lived in a highly controlled over-sterilized germ-free environment.

The mice who lived germ-free had significantly more lung and colon inflammation, similar to that of people with asthma and colitis, than their counterparts. As for the “why,” researchers learned that the “hyperactivity of a unique class of T cells (immune cells)” was the culprit.

Another study found that habits that we typically consider to be “nasty” or “dirty,” like nailbiting and thumbsucking, can actually prove beneficial as well. Again, it’s all related to exposure to germs that kids in sterilized environments wouldn’t typically have the opportunity to pick up.

Several studies looked at allergies and autoimmune disorders in American kids versus those in other nations. They found that in “developing” nations where access to basic hygiene necessities is scarce, kids were less likely to develop these issues. American households are way too clean. We go overboard with antibacterial everything. Sprays, wipes, soaps…you name it and if it has “antibacterial” properties, we’ll use it. Studies show that the triclosan in all those sprays and soaps are to blame for higher rates of asthma, allergies and hay fever.

Then, there’s the 2021 “study of studies,” a massive undertaking that examined nearly 300 different “nature is good for kids” type studies. While it didn’t really tell us anything new, it confirmed what so many others have already said: nature is just REALLY good for kids. “By looking at the full scope of existing quantitative evidence, we were able to see the importance of ready access to nature for both physical and mental health outcomes in childhood,” said lead author Amber Fyfe-Johnson.

More benefits of letting your children get dirty

The benefits of letting your children get dirty extend beyond just helping them build healthy immune systems. Here are a few more that are backed by studies:

Here are the most important recommendations based on these findings:

Drs. Finlay and Arietta- along with other scientists- offer up a few recommendations based on their findings.

Stop using cleaning products loaded with bleach, ammonia, and other nasty chemicals. At best, they’re a waste of money since there are so many natural solutions that work better. At worst, they’re toxic, especially to young children. I use natural cleaners as much as possible in my home. My DIY all-natural bathroom cleaner is really easy to make and works fantastic. You can also check out my other hacks for a more natural home for some other ideas.

2- Ease up on antibacterial soaps and gels

Stop overdoing it with the antibacterial gels and soaps. Right now, with the pandemic still raging, we’re using them more than ever before. While experts say that masks and handwashing will NOT destroy your kids’ immune system (and they’re right), once things get back to normal we need to find a better balance between “clean” and “too clean.”

3-Just let your kids get dirty!

Make sure that your children are being exposed to a healthy and normal amount of dirt and bacteria. This one is so easy! Just let them play out in the sandpit, be outside in nature, dig for treasure, have a dog, visit public playgrounds and interact with other children.

The secret to raising healthy kids is to let them be kids!

Kids LOVE playing in the dirt, so let them! Let your kids climb up hills and roll back down. Let them build sandcastles on the beach, and dig up seashells. Stomp in puddles and make mud pies. Let them sing in the rain and dance in the slushie snow. Just let them do what comes naturally to them- getting dirty.

As a friend once said to me, “Let your kids stomp in puddles. Mud washes out. Memories remain forever.” 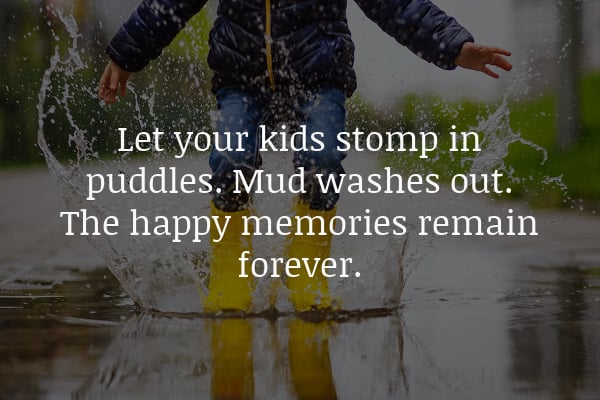 Long story short, please, for the sake of their health, just let children get dirty! Better yet, make getting dirty a family activity! Stomp in puddles together, make mud pies, roll down hills. Nature is just as good for you as it is for them!

END_OF_DOCUMENT_TOKEN_TO_BE_REPLACED 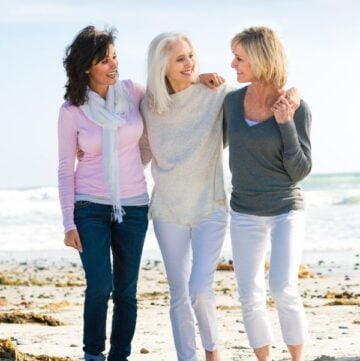