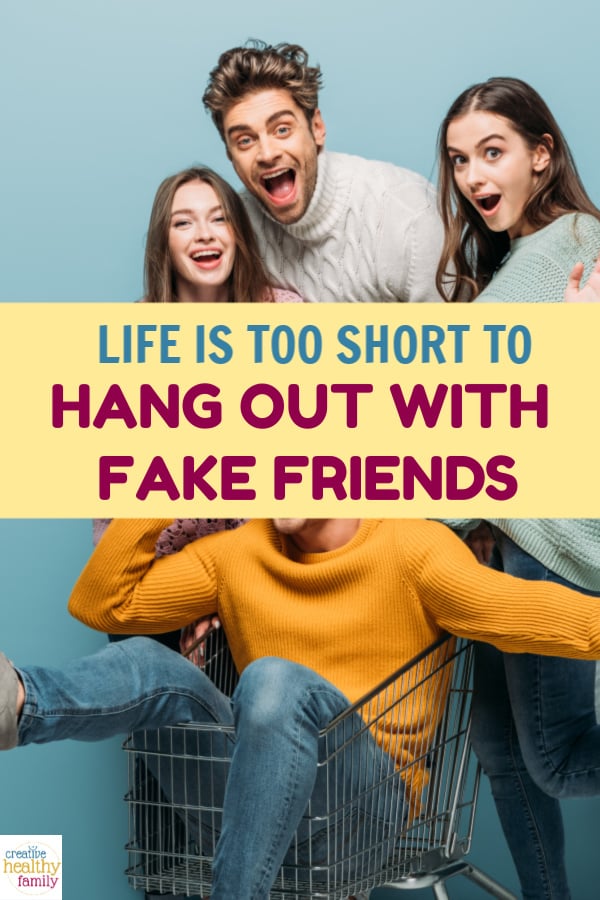 There’s this brilliant quote by author Habeeb Akande that goes, “Fake friends are like shadows, always near you at your brightest moments, but nowhere to be seen at your darkest hour.” Life is way too short to hang out with fake friends, don’t you think? 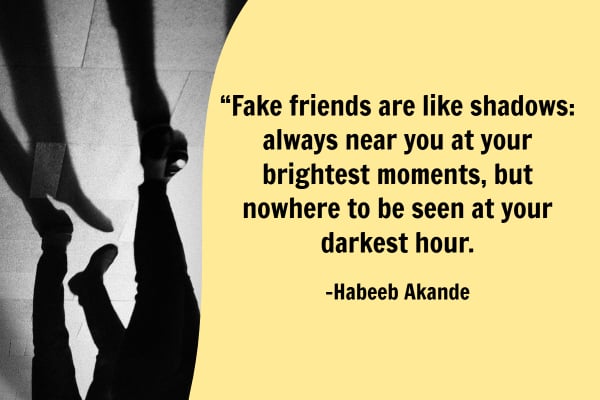 Life is Way Too Short to Hang Out with Fake Friends

We’ve discussed in the past that friends are the best emotional support system that we can have. While that’s true, there’s a catch- they have to be true friends. As Akande said, fake friends vanish in the darkest hours; and lets be honest, we’ve all been dealing with some dark times lately. Now is definitely the time to surround ourselves with friends who lift us up, not drag us down.

Fake friends do more than just let us down in our times of need, though. Like mom always said, who you hang out with is who you become! Let’s discuss why mom was totally right when she told you to choose your friends wisely. Then, we’ll talk about how to identify fake friends. 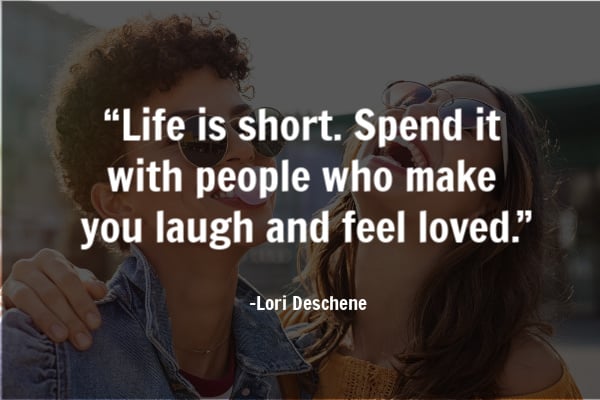 Mom was right when she said choose friends wisely

Turns out, mom’s warning actually has some scientific basis. Did you know that, according to studies, our friends can influence our eating habits, how we regard our “popularity,” and even the likelihood of developing life-altering addictions?

Given just how much sway our social circle holds over us, doesn’t it make more sense to hang out with the right people instead of a bunch of fake friends?

How to identify a fake friend

Fake friends aren’t always easy to identify. I think we’ve all dealt with someone that we thought was a true friend only to get proverbially stabbed in the back when we least expected it. Still, there are some signs to watch out for. Let’s take a look at a few. 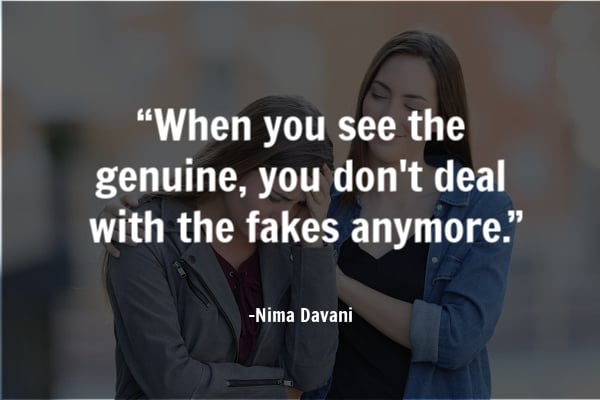 Remember when we were little and someone would say, “I’ll be your friend if…”? That “if” is always your first clue that someone is a fake friend. Real friends are there for you without being bribed. Say you’re having surgery and need a ride to the hospital. A fake friend expects something out of it. A real friend just does it. So, if you need to buy Susie a new purse to get a ride, it’s time to cut her out of your life.

Fake friends talk behind your back

A real friend would never talk about you behind your back. Period. How do you know that they’re doing it, though? Well, if you’re having lunch with Susie and she starts trash talking your mutual friend Sally, then there’s a pretty good chance she’s trash-talking you to Sally. 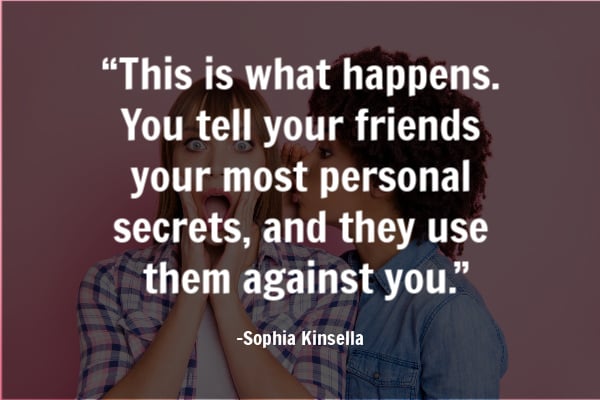 True friends won’t drop you over a disagreement

Real friends can disagree and still be friends. So, if Susie won’t return your calls just because you had a minor argument over whether or not avocado toast is pretentious, she’s about as real as cubic zirconia. True friends take the time to work out your disagreement and move past it.

While you shouldn’t keep a tally of who does what for whom in a friendship, there’s a point in fake friendships where you realize that you’re always giving and never receiving. Fake friends want, want, want. Whether it’s money, favors, freebies from your closet, or just to be entertained, they always have their hand out both literally and figuratively.

There’s one simple test that will help you tell real from fake friends. Lunch with a real friend leaves you feeling happy, invigorated, and uplifted. Lunch with a fake friend leaves you feeling mentally exhausted. If more often than not, you find yourself dodging your friend’s phone calls and ignoring texts because you simply don’t have the energy to deal with her, then chances are pretty good that she’s a fake friend.

Sure, there are days when you’re not up to talking to anyone. However, a real friend accepts that, so you can answer that text and say, “Feeling cruddy, can we talk later?” So, there’s no need to dodge her calls and texts.

Real friends are hard to come by, especially in an age where people collect friends on social media the way we used to collect jelly bracelets or Cabbage Patch dolls as kids. It’s one thing to have a bunch of acquaintances or “fair-weather friends” on Facebook. It’s an entirely different thing to count them as part of your inner circle, though. 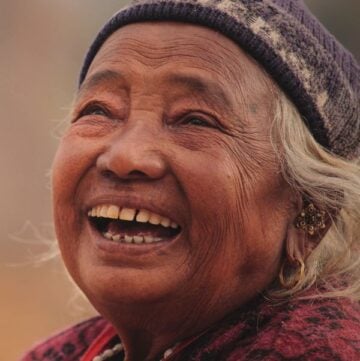