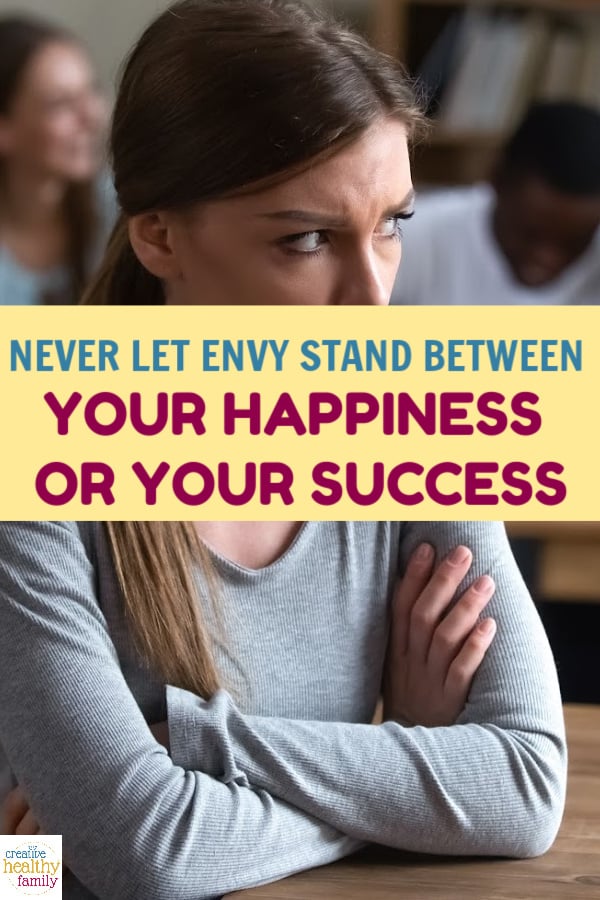 Ah, envy. It’s called “the little green monster” for a reason! Whether you’re jealous of others or feel envy directed towards you, it can wreak havoc on your life if you let it. Let’s discuss! 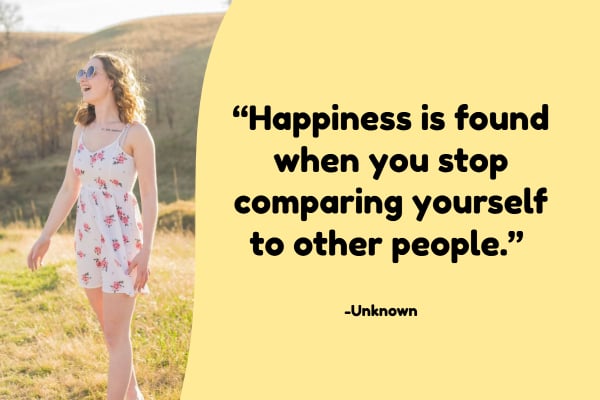 When I sat down to write this, I was going to talk all about dealing with haters and people who are jealous of you and your success. Then, I realized that envy we direct towards others is actually even more destructive to our lives as that which is directed at us. So, with that in mind, we’ll look at  both sides of the envy equation.

Let’s start with how to stop your own envy from destroying your happiness, shall we? After all, it’s easier to control our own actions than those of others. 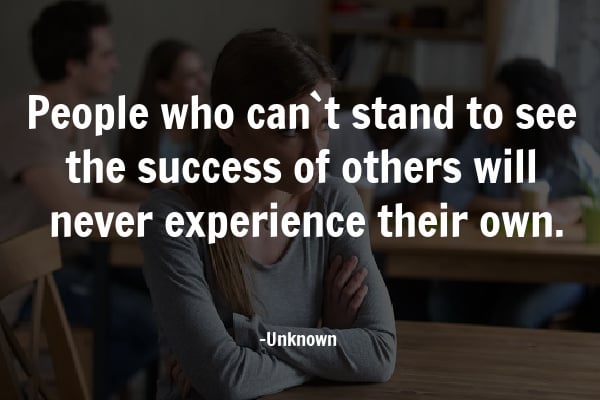 There’s a great quote that goes, “Happiness is found when you stop comparing yourself to other people.”

I don’t know who originally said it, but it’s been repeated by pretty much every self-help guru on the planet. It’s one of those platitudes that people repeat so often, it becomes cliché. That doesn’t make it any less true, though.

If you constantly look to others as a yardstick to measure your own success, you’ll often feel like you’re coming up short. That alone can derail your life and make you give up on something before you even start. There are two major problems with this, though. Let’s talk about them a bit.

You aren’t them; they aren’t you

Forget apples to oranges! Comparing yourself to other people is kind of like comparing apples to cars. You aren’t them; they aren’t you. Period. You and Susie Q could both be the same age, from the same background, and dealing with the same challenges- but make no mistake about it, you are NOT the same.

Don’t believe me? Just look at all the studies done on identical twins! We are shaped by so many things- our experiences, our upbringing, even our brain chemistry. No two people live the same exact lives, at least not deep down where it really matters.

You’re only seeing what they want you to see

Social media is the perfect example of how people only show us what they want us to see. For every stunning cupcake photo on Instagram, there’s a batch of burnt and bungled “fails” off to the side. For every geode-like bath bomb you see on Etsy, there are dozens of misshapen orbs in a bag marked “for our personal use only.”

We all do it. We filter, we stage, we crop and clip, we flip and edit, brighten and boost our ways to that one perfect picture that we feel we can show the world. I’m not just talking about actual pictures, either. For every “Yay, I just got a promotion!” post a friend shares, there are dozens of “I feel like I’m never going to be appreciated” drafts that she never sent.

We tend to focus on the positive aspects of our lives when we share things on social media. Whether it’s because we don’t want to be a downer or because we want people to think we have these amazing put-together lives, the results are the same. Aside from our closest friends, no one really knows us.

So, the next time you feel your little green envy monster preparing to strike, remind yourself- I am not them, they are not me, and I don’t even know if I’m seeing the full picture. It’ll really help put things into perspective.

Now, let’s talk about envy from the other side- when you feel it directed towards you. 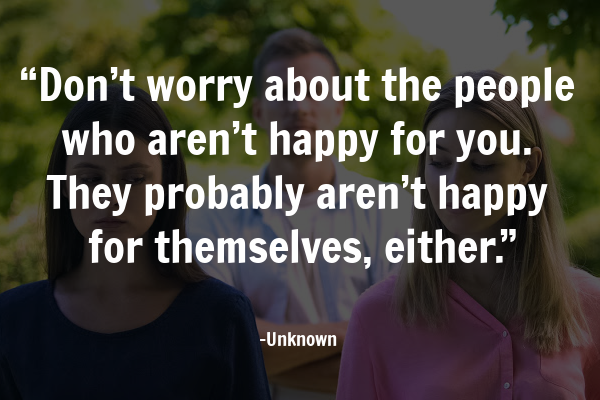 Dealing with envy when it’s directed towards you

There’s another great quote that goes, “Don’t worry about the people who aren’t happy for you. They probably aren’t happy for themselves, either.”  Again, it’s one of those sayings that gets tossed around so much that it’s impossible to find the original source, but it’s quite accurate.

There are really only two reasons why someone would express negativity towards your good news. They either really just don’t like you and don’t want to see you happy OR they can’t deal with your happiness because they’re unhappy with their own lives.

Honestly, you can’t really do anything about either reason. You can’t please everyone, so if someone doesn’t like you, move on. Likewise, you can’t make someone else happy with their own life, they have to do that themselves.

The only thing you can control is how you react to their envy. It’s hard, dealing with the feeling of someone “raining on your parade,” so to speak. It’s not a good feeling, knowing that someone isn’t happy for you. I won’t tell you to get over it. I think it’s important to acknowledge and feel our feelings.

Just don’t let their jealousy keep you from celebrating, from feeling your own joy, from continuing to  share your good news with others. Tell yourself that their envy is a compliment, if it helps. Yes, it’s definitely the cruddiest compliment, but we only envy that which we admire, or that which we desire for our own lives. 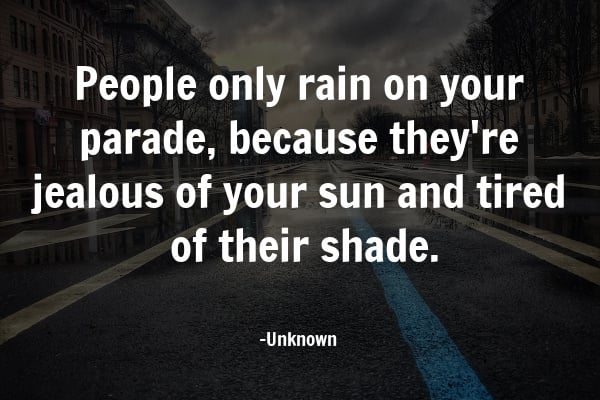 I’ll finish this with another great quote by an unknown author that sums it up beautifully. “People only rain on your parade, because they’re jealous of your sun and tired of their shade.”

Remember, though, that goes both ways, so don’t rain on someone else’s parade, either. We all feel envy from time to time, but we cannot let it consume us or keep us from striving for success. We absolutely shouldn’t let it stand in the way of our happiness.