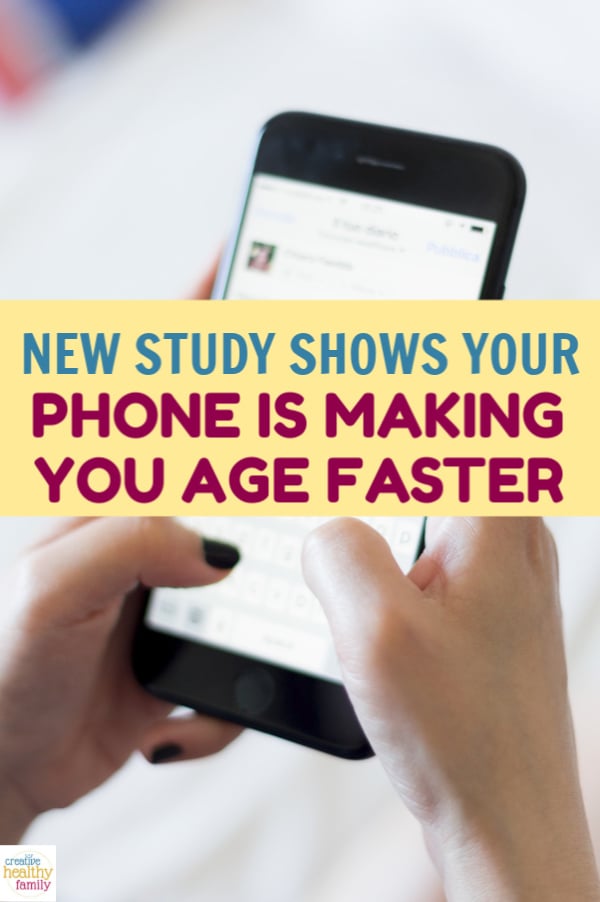 I have some very bad news for all the tech lovers out there. A new study shows your phone is making you age faster, and I’m not just talking wrinkles. All the anti-aging serums in the world can’t stop the effects because they take place in your brain and eyes. Keep reading to learn more about the study along with some tips to help reduce the impact of technology on your body.

New Study Shows Your Phone is Making You Age Faster

A recent Oregon State University study discovered that prolonged exposure to blue light damages your brain cells and your retinas. While I called out phones above because nearly everyone uses them, they’re not the only culprits. Everything from computers to your television to your energy-efficient LED bulbs emit some degree of blue light. Basically, unless you’re living off the grid “Little House on the Prairie” style, you’re exposed, and even that’s iffy because the sun emits blue light.

Here’s the worst part, you don’t even have to be looking at these devices to suffer the consequences. The study discovered that blue light causes damage even when it’s not shining directly in your eyes. How did researchers come to this determination? Let’s take a closer look at the study. 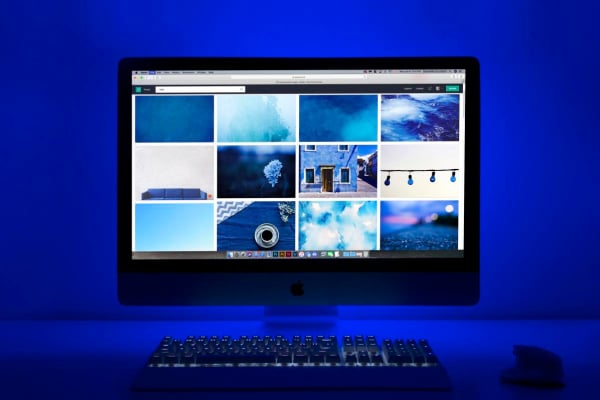 The study, which was published in Aging and Mechanisms of Disease, used fruit flies to examine the effects of blue light on the aging process. Why fruit flies? Turns out we share quite a bit in common with them in terms of cellular and development mechanisms. Who knew, right?

During the study, researchers led by Jadwiga Giebultowicz exposed the flies to blue LED lights (like those found in the majority of your favorite devices) for 12 hours a day followed by 12 hours of darkness. Control groups stayed in total darkness or in an environment with the blue light filtered out. Researchers discovered that the flies who spent half their day exposed to blue light had short lifespans compared to the control flies. They also showed a reduced ability to climb walls (something all fruit flies commonly do). Since even the eyeless flies (due to a genetic mutation) suffered consequences, researchers concluded that blue light harms us even when we’re not staring directly at it.

“We’d measured expression of some genes in old flies, and found that stress-response, protective genes were expressed if flies were kept in light. We hypothesized that light was regulating those genes,” Giebultowicz says.  “Then we started asking, what is it in the light that is harmful to them, and we looked at the spectrum of light. It was very clear cut that although light without blue slightly shortened their lifespan, just blue light alone shortened their lifespan very dramatically.”

If you’re thinking, “So what? We’re not fruit flies! This study proves nothing,” I have more bad news for you. This isn’t the only study that demonstrated blue light’s damaging effect on the eyes. Just last year, Ajith Karunarathne released the results of her own research, which focused on how blue light speeds blindness.

Another study from 2017 found that blue light exposure increased sugar consumption in rats, while a University of Haifa study the same year found that it damaged our sleep quality. Meanwhile, a year later, researchers at the Barcelona Institute for Global Health discovered a link between nighttime blue light exposure and certain types of cancer.

There is a bit of good news amidst all the doom and gloom, though. Some studies actually found benefits of moderate blue light exposure. A 2018 University of Surrey study discovered that it can help lower blood pressure, while a 2012 study found that it can help fight depression in teens. The key word there is “moderate,” as in “not constant.” The problem? With more and more devices relying on LED lights, we’re exposed to blue light in a way that we’ve never been before, and most of us aren’t ready to give up modern conveniences. So, what can you do to reduce your exposure? Keep reading for a few tips.

How to reduce your exposure to blue light

Since blue light does have some benefits, you don’t want to cut it out of your life entirely. In other words, don’t go throwing your phone in the trash just yet. As with all things in life, balance is key. 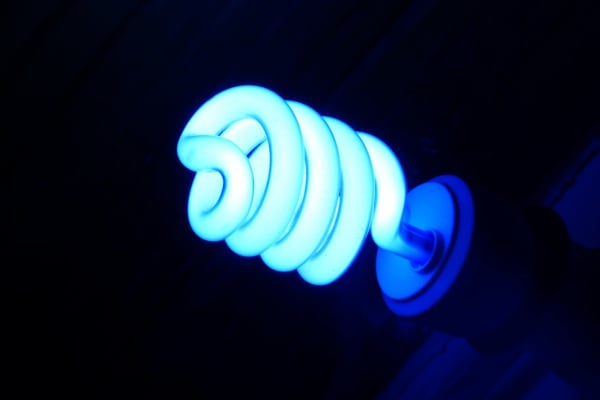 Just a heads up, the product recommendations use affiliate links, so if you buy through them, I get a small commission (but your price stays the same). These are just suggestions; I’ve also given you tips on finding other similar products.

Cut back on your “screen time”

Between our phone, computer, iPads, and TV we spend a lot more time in front of screens than we realize. Cutting them out entirely isn’t practical, but it’s easy enough to declare one night a week “screen free night.” Play board games with your family, go for a moonlight walk, or sit around telling stories. If you want to get really adventurous, eat dinner in the dark! People pay a small fortune to do it at specialty restaurants, after all.

Invest in a good pair of amber glasses

Eyeglasses with amber lenses, like the pair below, help filter out some of the blue light emitted by your devices, and they’re fairly inexpensive. Sure, they’re not exactly the ultimate fashion statement but safety is far more important than style. If you don’t like the one below, the key is to choose a pair that’s FDA approved.

Change the settings on your phone, tablets & laptop

Most devices have settings that help block at least some of the blue light that comes through your screen. You’ll find it under Display & Brightness settings on everything from iPhones & Androids to Kindle Fire tablets.  It’s usually called something along the lines of “Night Shift” or “Night Mode.”

Swap out some of your bulbs

While LED lightbulbs are among the most eco-friendly and long-lasting, they’re also the biggest blue light offenders. Fortunately, manufacturers are paying attention to studies like those mentioned above and making bulbs that significantly reduce or even block blue light. They typically have names like “bedtime bulbs” or “sleep lightbulbs.”

If you typically read on your phone or Kindle before turning in, try switching to actual paper books & magazines. Not only will the publishing industry adore you, you’ll being doing your whole body a huge favor. Blue light exposure before bedtime can wreak havoc on your sleep cycle & circadian rhythms. 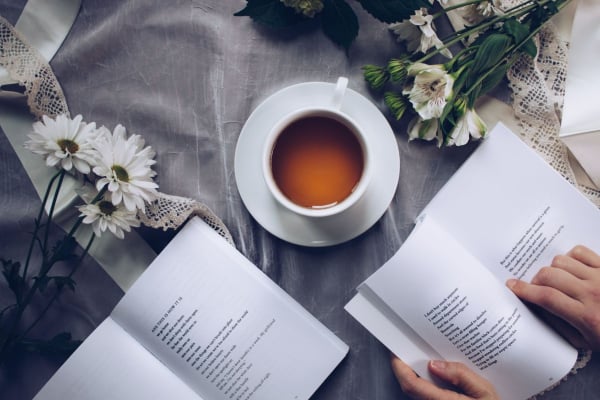 Until technology finds a good alternative to LED, we’re never going to be able to completely eliminate blue light from our lives. Given the few positive studies, we may not even want to. We can, however, easily cut down on our overall exposure without sacrificing conveniences. We just need to be willing to cut back on our screen time. Generations of humans found ways to entertain themselves without staring at televisions, computers or phones, so I have total faith that we can do the same.