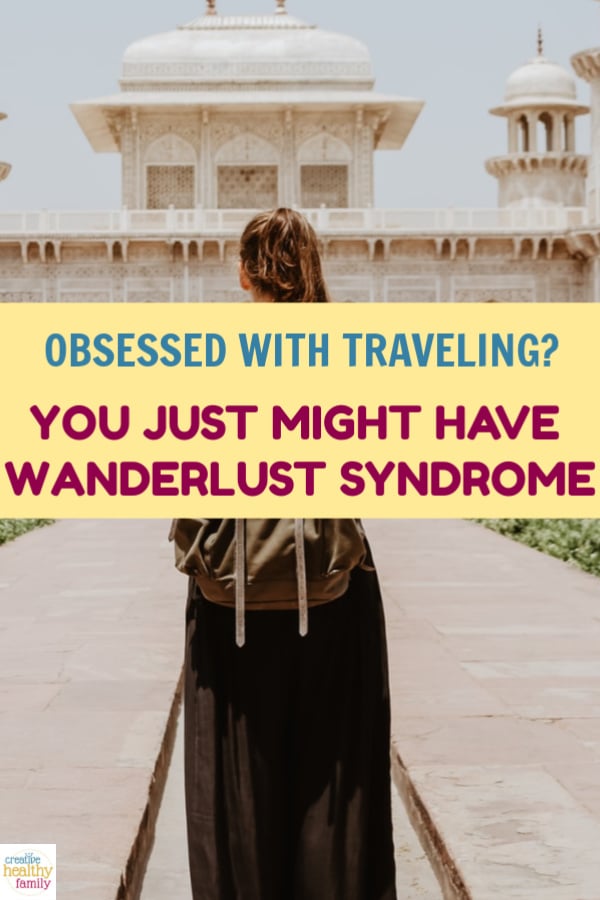 Ever feel like you’re totally obsessed with traveling? You just might have wanderlust syndrome! Yep, it’s a totally real thing. Well, sort of anyway. Read on to learn more about your travel obsession and find out why it’s not such a bad thing to have!

Obsessed with Traveling? You Just Might Have Wanderlust Syndrome!

First, before anyone says, “Fake news, there’s no such thing,” let me just point out that Wanderlust Syndrome isn’t something you’ll find in the diagnostic manuals. In other words, it’s not technically a medical condition.

For those of us who dream of jumping in a plane, train, or automobile and flitting off to far-off lands, though, I’d say it’s real enough! Yes, we might just have Wanderlust Syndrome.

Interestingly, psychologists in the 19th century felt that it was a real thing! They coined the term Dromomania, and used it to describe people with an uncontrollable urge to wander. Want to hear something even crazier? It was considered a criminal mania, ranked right up there with kleptomania (the urge to steal) and pyromania (the urge to set things on fire)!

Oh, it gets better. Once upon a time, it was viewed as a sign of psychopathy! Can you think of the many people you know today that would have been labeled with this neuropsychiatric disorder?

Of course, today we know that wanderlust isn’t a disease, and having an intense urge to hit the road doesn’t mean we’re violent criminals or sociopaths. We have a better understanding of obsessive behaviors and we now know that a truly uncontrollable urge to wander (as in, you literally can’t stop yourself) is a symptom rather than a condition on its own.

If you honestly can’t stop yourself from traveling, even at the expense of your job, your family, or your bank account, then it’s not a joking matter. I urge you to get help right away. For most of us, though, wanderlust is just that – a lust for wandering, or traveling. 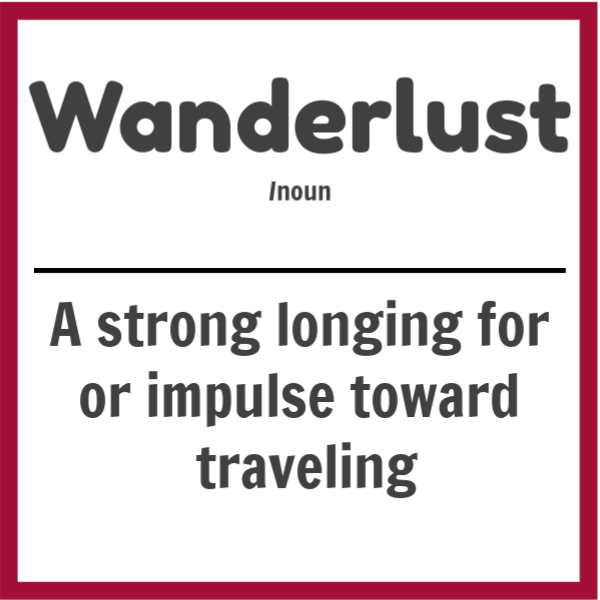 Why are we so obsessed with traveling these days?

The urge to travel is hardly a new thing. Ever since humans first learned that the world was bigger than the space beyond their caves, they’ve felt the pull of wanderlust. If they didn’t we’d all be living right around Northeast Africa and Southwest Asia , where archaeologists believe civilization began.

Instead, humankind set out on foot, then on boats, in trains, and eventually planes to discover new lands and satisfy an incredible urge to see what else is out there. That’s really what’s at the heart of wanderlust, after all. A desire to see what else the world has to offer.

Why, though, does it seem like everyone is totally obsessed with travel these days, even more so than millennia, centuries, or even decades ago? 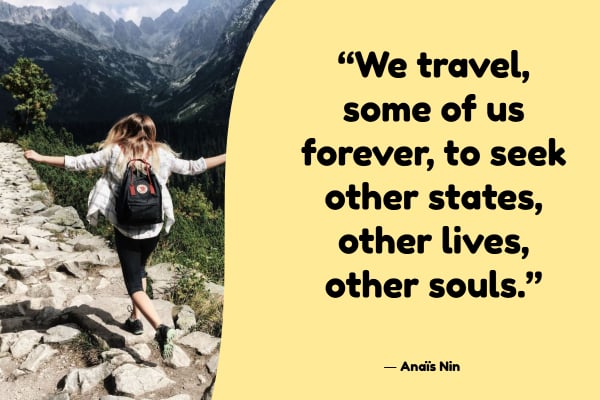 Traveling is easier than it’s ever been

Well, for one thing, travel is far easier now than it’s ever been. Oh sure, you have to deal with a lot more hassles. No one enjoys waiting in line for an hour to take off their shoes for TSA (and you’re lucky if that’s all you have to take off) or have all of their belongings rifled through!

Still, it beats getting cholera or any other strange disease during a 2+ month trek from England to the New World!  You see, traveling is easier, faster, and safer than it’s ever been before!

We know there’s a whole world waiting to be explored

For another, we know what’s out there waiting to be discovered. We’ve read all the travel blogs, watched the nature shows, drooled over Instagram photos of our friends’ cruise vacations and beach getaways. The only thing worse that wondering if there’s more to this world than our own backyard is knowing that there is and not being able to explore it.

So, we dream, we plan, we scrimp and save, all in the hopes that we’ll be able to cross even a fraction of the places on our travel bucket lists. Is there anything wrong with that, though? Should we be concerned that we’re too obsessed with traveling? For that, we’ll turn to science. 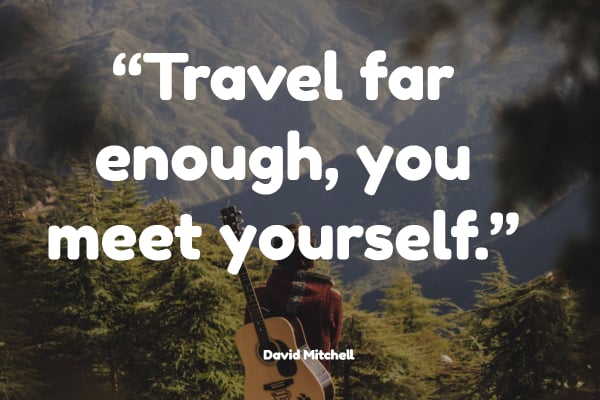 Is it really all that bad to be obsessed with traveling?

As I mentioned earlier, if you’re truly obsessed with traveling then yes, it is a problem. If it interferes with your ability to function and care for yourself or your family, seek help. Of course, that goes for any addiction or clinical obsession.

Likewise, if your wanderlust drives you to choose traveling over, say, paying your rent, you’ve got a problem.

For those who love it just to the point of choosing traveling over any other hobby and using only their truly “disposable” income on getaways, no, it’s definitely not a bad thing! In fact, traveling is good for you!

We’ve talked about how traveling makes our kids smarter. We also discussed how traveling with girlfriends is good for our health. Both of those posts were based on scientific studies. Plus it is easy to understand why traveling has many positive benefits. But, what else do experts say, though?

Here’s just a small sample of studies that show the benefits of traveling.

As long as your Wanderlust Syndrome doesn’t interfere with your home life, I’d say it’s pretty healthy! Satisfying your obsession with traveling could even help you live a longer life. It’ll definitely help you live a fuller one. So, go ahead and plan your next dream family vacation (or even just a weekend getaway) and reap the rewards of Wanderlust.

Don’t be scared and just do it! Sometimes we don’t travel to certain locations because we are afraid of the unknown. Check the safety measures, talk to people who have already been there. Get tips, ideas and plan ahead. But most importantly, make the decision to go. Trust me, you will not regret it. And once you do it, you will be hooked. Yes, you will be suffering from Wanderlust Syndrome, and you will absolutely love it.