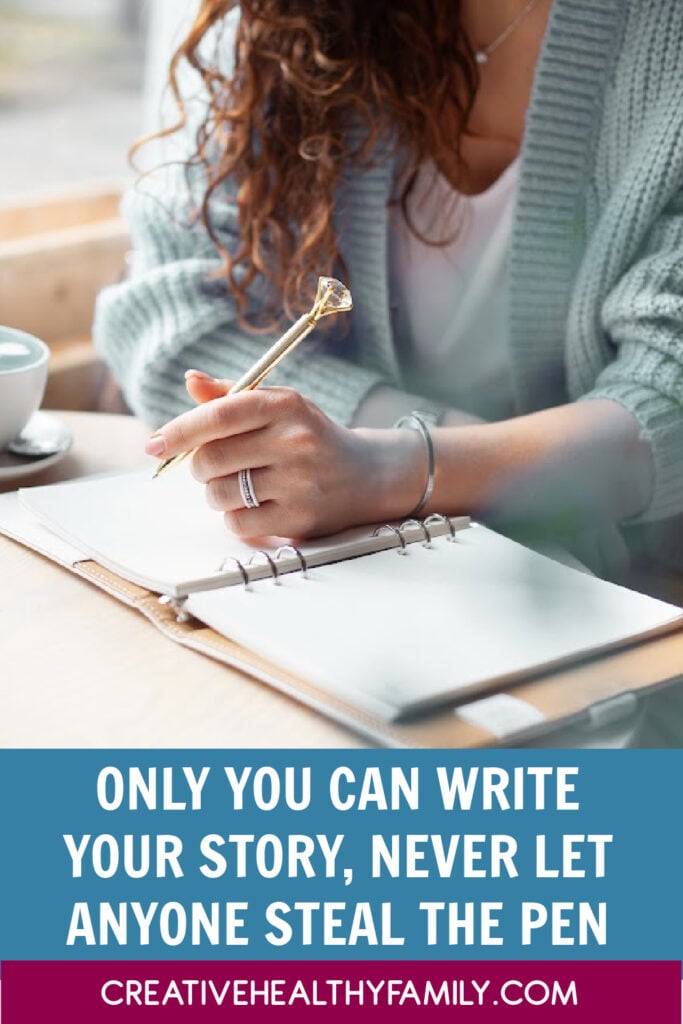 There’s a great quote that says, “When you write the story of your life, don’t let anyone else hold the pen.” Forget just holding the pen, people will try their hardest to wrench it from your hands and write your story entirely to their liking. Don’t let them.

Only YOU Write Your Story, Never Let Anyone Steal the Pen

I’ve been thinking about this a lot lately, how we’ve reached this point in our society where we don’t allow anyone to hold their own pen.  Every single day, in both big and small ways, we’re not just letting others write our stories for us, we’re doing the same to them. It seems like we’re all playing biographers to each other when we should be playing autobiographers to ourselves.

You don’t have to look far to see what I mean. Just post anything- even the most mundane thing- on social media post and you’ll see it in action. You can say “apples,” and another person will accuse you of saying “oranges.” Before long, everyone- including you- is fully convinced that you really did say “oranges.”

It seems like such a small thing, that example. Who cares if everyone thinks you said “oranges” instead of “apples,” right? Ultimately, it’s just words on a screen and it doesn’t affect your life. Except it does. In that small moment, that seemingly trivial moment, you’ve allowed someone else to rewrite your story to their narrative.

Worse, you’ve made it easier for others to keep doing it, to rewrite bigger parts of your story.  See, once you let someone grab the pen- even if it’s just for a teeny-tiny second- it’s almost impossible to grab it back. They’ll pass it around. Play keep-away with it.

Before you know it, they’ll use it to write larger parts of your life’s tale. Your life becomes a biography written by people that don’t even know you. After all, not a single person on this earth knows your story better than you.

Just like with a literal biography, when you let someone else write your story, your “audience” never actually gets the full real picture. Never gets to know the real you. Even someone with the best intentions and most skilled pen can’t capture all of the little things, the small nuances, that make you who you are.

Sadly, most people trying to write our stories don’t have the best intentions for us- or the most skilled pen, for that matter. No, they usually have very nefarious reasons for wanting the world to see us in a different way. An ex who wants to rewrite the story of your breakup. A sibling who wants your family to think YOU’RE the reason behind a feud. Even a stranger who wants the internet to think that you said something you didn’t.

So, you have to grab ahold of that pen with all of your might when someone tries to steal it. Hold on as tight as you can and write your own story. More importantly, write it the way YOU want, even if you think people will judge you for it.

The world will judge you no matter what, so write the story you want…

There’s a quote that goes, “The world is going to judge you no matter what you do, so live your life the way you want.” The same goes for writing your story. It’s not enough to just hold onto the pen; you alone have to decide what you want to add to your tale. Just like you should never justify the things that make you happy, you shouldn’t ever feel like you need to “edit” your life to fit someone else’s idea of what your narrative should be.

The point is, you decide everything about your story. The characters, the setting, the genre, the tropes. Every single aspect of your story- your LIFE- is up to you. Don’t let anyone ever tell you otherwise. When you allow others to steal the pen, you become a supporting character in your own tale when you should be shining as the main character.

I’ll leave you with one last amazing quote (more like a poem, actually) by Stephanie Bennet-Henry, that really sums up everything I’m trying to get across here. It’s a long one, but so worth the read. 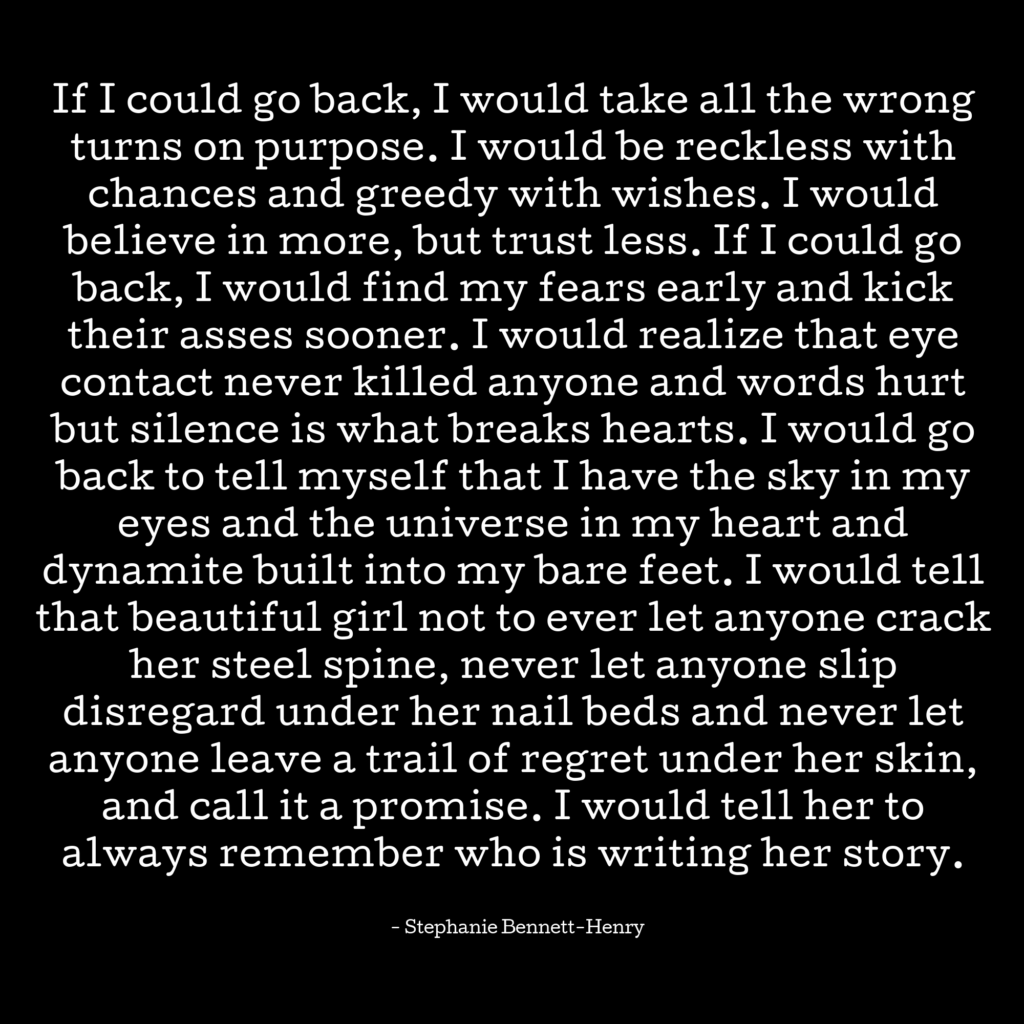 Now get out there and write your story! Keep your fist tight around that pen and tell the tale YOU want to tell. Be your own autobiographer.