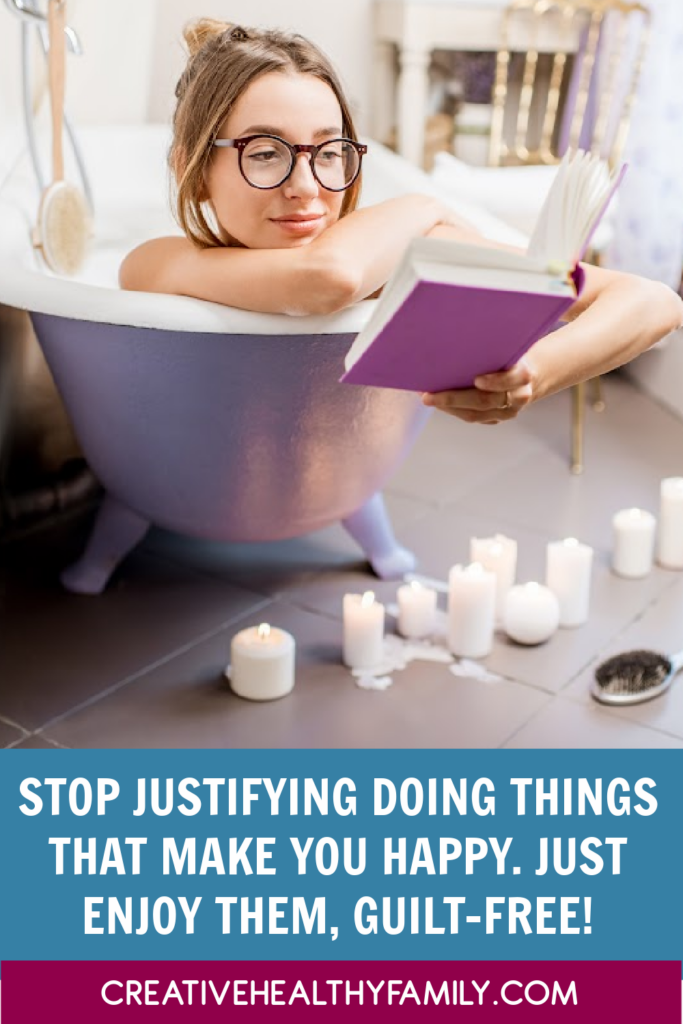 Stop justifying or rationalizing the things that make you happy and just enjoy them! It’s high time we turn “guilty pleasures” into “guilt-free pleasures” instead, don’t you think? 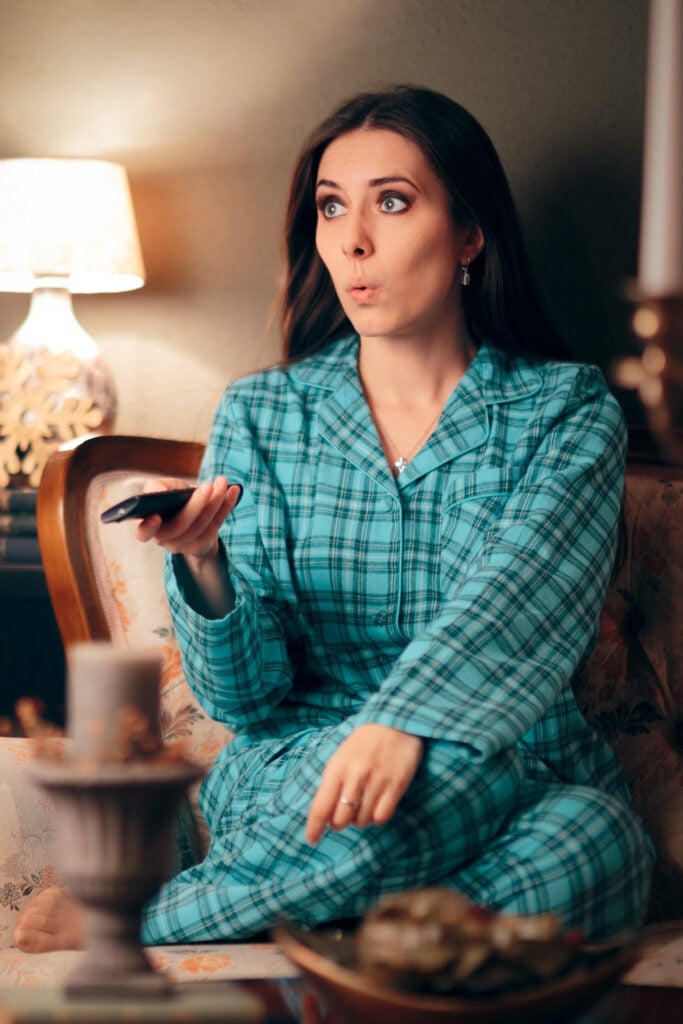 Stop Justifying Things That Make You Happy. Just Enjoy Them!

I’ve been on a bit of a “do what makes you happy” kick lately, have you noticed. A couple of weeks ago, I talked about having the courage to follow your dreams and not overthinking the things that make you happy. For the most part, though, I was talking about the really BIG things. Starting a new job. Pursuing your passions. Embarking on epic new journeys. You know, life changers.

What about the small stuff, though? As I’ve said many times before, it really is the simpler things that make life so worth living! Yet, when it comes to those “little things,” we have this weird tendency to try to justify and rationalize what we like or want to do.

When we can’t find a “logical” way of explaining the joy that these things bring to us, we call them “guilty pleasures.” I’ve never liked that term. It implies that I should feel bad about myself for liking something that other people find “mindless,” or “silly.”

For example, we’re proud to say that we love classic literature. After all, it’s “classic” for a reason, right? It makes us sound so smart! Yet we hide the fact that we also love Nora Roberts’ romance novels. We’ll tell the whole world how much we loved that Emmy-winning documentary series on fruit flies yet hide the fact that we’ve seen every episode of The Vampire Diaries…7 times.

Why is that, though? What makes us feel so bad about the things that make us happy? Turns out, like all things, researchers have a theory on that.

Why do we feel bad about the things that we like?

According to an article by Alan Jern Ph.D. on Psychology Today, researchers actually set out to answer that very question. Without going into long specifics about the study, basically, scientists found that people feel “guilty” for liking certain things because they believe they’re going against societies’ “norms.”

Jern brought up the Netflix show Emily in Paris, which was a huge flop by all evidence on social media. He wrote,

See that last part? The norm is an illusion. In other words, the guilt we feel over going against what the rest of society says is “normal” isn’t even based on a real society! Even if it were, though…even if literally every single other person on this planet says that something you love is “uncool” or “trash,” you still shouldn’t feel guilty for liking it.

Look, sometimes societal norms serve an important purpose. They dictate basic manners, laws, and behavior that helps us live in something resembling a civilized world. I think we’re all grateful that society as a whole decided that things like robbery, killing, and heck, even walking around the mall naked are all unacceptable.

But when it comes to things that literally have zero impact on anyone but you, don’t let society tell you what to do. If you love Nora Roberts more than Ernest Hemingway, society isn’t going to break down. If your tastes run more towards “campy teen dramas” than “cerebral documentaries,” the world won’t end.

Depriving yourself of the things you love just because no one else around you likes the same things doesn’t help anyone. It just hurts you by making your life less enjoyable. We all need as much joy as we can possibly get these days, don’t you agree?

Be a curator of your life

I want to finish with a really great quote by Leo Babauta that I feel applies here. It goes, “Be a curator of your life. Slowly cut things out until you’re left only with what you love, with what’s necessary, with what makes you happy.”

I think that goes for so-called “norms, “too. Keep the ones you really have to keep, the ones that make this world a better place. Don’t hurt people. Don’t cut in line. Put something- anything- on when you leave the house. Don’t run red lights. Be kind. Be polite. Say please and thank you.

For everything else, do what makes YOU happy. Curate your life. Fill it with things that make you happy. Donate all those books you bought because “they make me look smart,” and fill your shelves with romance novels if you want. Delete all those “everyone says this is the best show ever, so I have to like it, too” shows on your watch list and load it up with campy horror movies and teen dramas, if you want.

Most important of all, stop calling them “guilty pleasures” and call them what they are: just plain pleasures. Life is hard enough. Don’t make it harder by denying yourself the things you love just because “society” says it’s not cool. Stop trying to justify or explain your passions and just enjoy them. Life is WAY too short to be fake, especially with yourself.