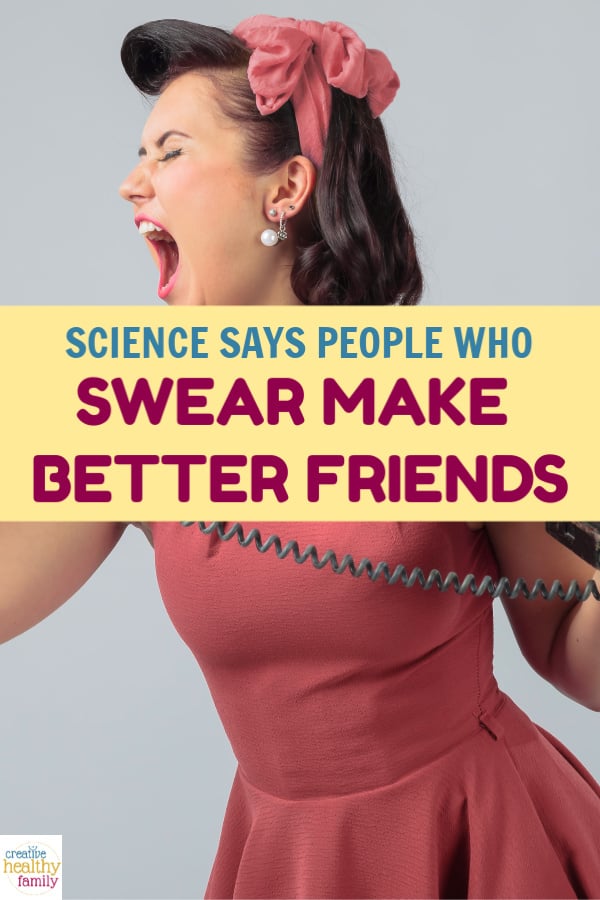 Hey there, potty mouth; I have some good news for you! A study found that people who swear actually make better friends. That’s not all! Turns out, there are a slew of other studies touting the benefits of a bad mouth. 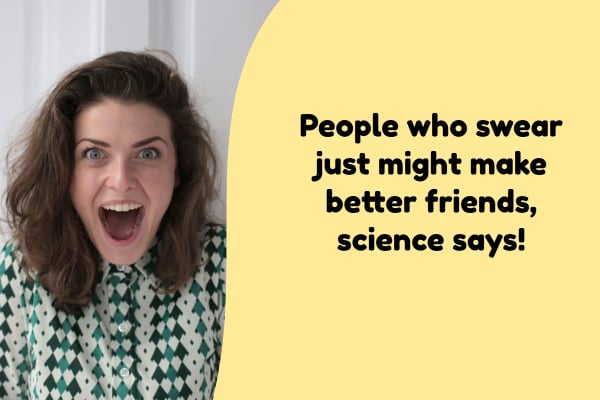 When I saw a headline proclaiming that people who swear make better friends, I was ready to call bull-poo. Of course, being a woman who swears, I used the less family-friendly version of ‘poo’ in my mind. How can that be? After all, society tells us that only uncouth, unintelligent, and inappropriate people resort to using “foul language.” Then I thought, well, let me give it a chance. After all, science was, in my opinion, spot-on when it said sarcastic people are more intelligent or women who wear black are more confident.

For generations, we’ve been told to watch our mouths. Interestingly, the fact that people who swear don’t watch their mouths may just be what makes them better friends. A Cambridge University study found that people who swear are more open and honest. Perhaps more importantly, we subconsciously (or even sometimes consciously) view our swearing friends as such. 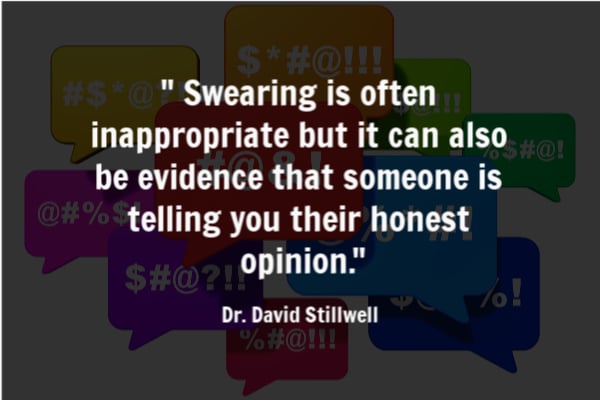 Dr. David Stillwell, the co-author of the study’s research paper, explains, ” Swearing is often inappropriate but it can also be evidence that someone is telling you their honest opinion. Just as they aren’t filtering their language to be more palatable, they’re also not filtering their views. ”

Swearing really is an act of honesty if you think about it. By not censoring yourself, you’re showing that you are willing to be truthful to yourself and others, even if society frowns upon what you’re saying. Now, that doesn’t mean that people who don’t swear are liars or bad friends. Far from it. We all censor ourselves depending on our audience. If you do have a friend that swears around you, consider it a sign of trust. She’s comfortable enough to be herself and turn off her filter.

If being a better friend isn’t enough to convince you that it’s okay to let out those “f-bombs” every once in a while, maybe the next section will! Let’s look at some of the other things science says about “bad” language.

What else does science say about swearing?

Science actually has quite a bit to say about swearing. For starters, one study published in the NeuroReport journal found that swearing can increase our tolerance to pain. In other words, letting out that string of expletives when you stub your toe can actually work as a bit of a pain reliever. No wonder moms in labor curse so much!

Another study found a link between swearing and emotional arousal. Imagine that you’re listening to a recording of the final moments of a fatal car crash. You hear the crash, then the driver let out a string of expletives. Now, imagine that instead of cursing, he simply said, “well gosh, that stinks.” Which one would invoke deeper emotions? For most, hearing someone cursing really drives the tragedy home. After all, anyone who has the emotional capacity to filter their language can’t really be in that much pain, right?

Here’s a good one for the gym! A 2017 British Psychological Society study discovered that swearing during a workout actually makes you stronger. So, when you’re pushing yourself to finish that last stretch of a run or bike ride, try letting out those expletives running through your mind. Of course, make sure there aren’t any kids around first. This brings us to…

Although science does actually seem to support the idea that people who swear make better friends, letting out a barrage of f-bombs isn’t always appropriate. In fact, it could actually cost you friends. For example, if you constantly curse in front of your friend’s kids after she’s politely asked you not to, she’s likely to limit your time around them. Likewise, swearing at work can cost you your job. Intent also matters when swearing. There’s a big difference between casual (or pain-induced) cursing and swearing with intent to hurt someone. Of course, that goes for all words. Remember, how you treat people matters more than anything else. If you’re cursing at your friends, they’re not quite as likely to view it in such a positive light.