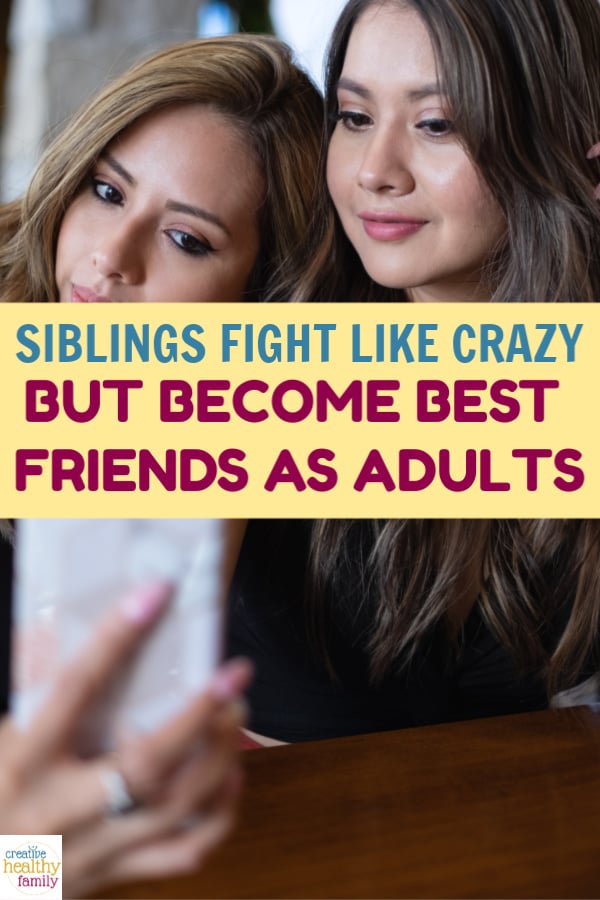 With everyone stuck at home for the foreseeable future, I bet sibling rivalry is running pretty high in your household right now! Take heart, frazzled mama and papa; it won’t always be this way. Even when siblings fight like cats and dogs as kids, they ultimately grow up to become best friends! If you need proof, the stories below will help soothe your worries! 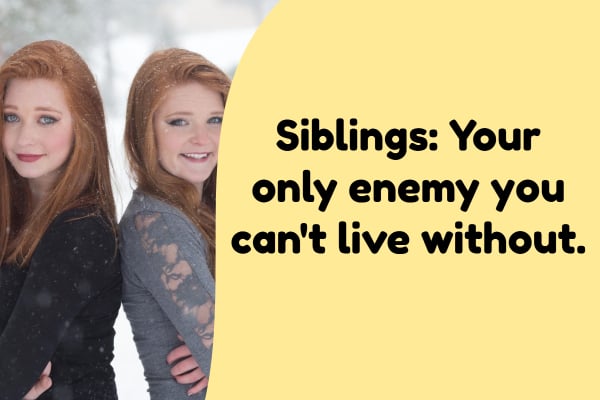 Siblings Fight Like Cats & Dogs as Kids but Become Best Friends as Adults!

Sibling love is weird! We grow up fighting almost non-stop and saying the meanest things to each other. In the end, though, we end up like best friends. We’re always there for each other and can count on each other.

I have a sister and a brother. I’m the oldest of our trio…and you know what they say, the the oldest is the smartest! Sorry, sibling rivalry moment there! I was 7 when my sister was born, so I was an only child long enough to make not being an only a major adjustment. When we were little, we fought like cats and dogs! It was terrible! Mom was right, though. She used to say, “You only fight, but you will see! You’ll be best friends when you grow up.” It’s absolutely true. I can’t imagine life without my siblings. My sister really does make me a better person!

Of course, one example doesn’t really prove my point, so I asked a few friends to describe their relationships with their siblings as children and as adults. Let’s take a look, I bet you’ll see a pattern. 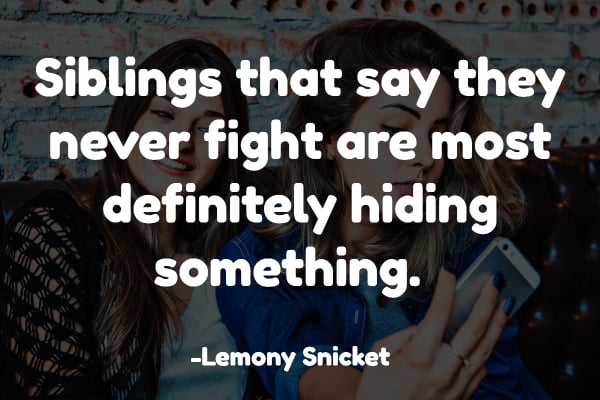 There are no “halves” when it comes to siblings

My friend Marie spent five years as an only child before her mom remarried and gave her a brother. Let’s just say he was a gift she wanted to return, at least for the first decade of his life! In her defense, she thought she was getting puppies, not a tiny being that stole all the attention she used to get! “We fought like crazy and we were so mean to each other! I would challenge him to a ‘race’ to see who could eat their ice-cream the fastest and let him ‘win,’ just so I could say, ‘Na, na, I still have ice-cream and you don’t!’ Then, he’d throw a rock at my head!”

She goes on to say, though, that around the time he turned 10 and she was 15, they became “thick as thieves.” In fact, he even covered for her when she missed curfew. “To put it mildly, I was a bit of a troublemaker as a teenager, and my brother saved my behind more times than I can count,” she says. Even though DNA-wise he’s a “half” sibling, in her heart he’s 100% her brother and the one person she can always rely on today. “We have our own lives with our own kids. We took very different paths in life and sometimes we go weeks without talking. Still, I know he’d drop everything to help me out if I needed him, and vice-versa.” 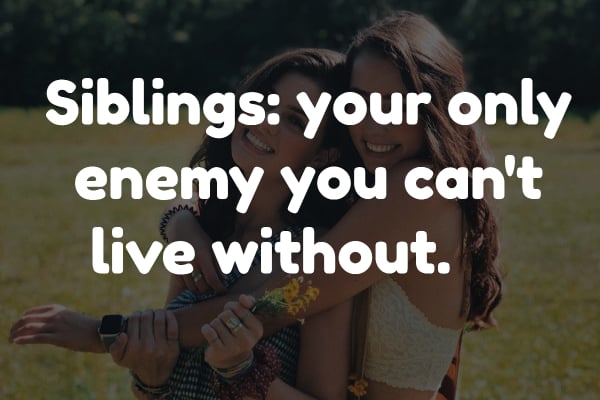 Carol grew up with one older sister and two that were younger. As kids, their fights were pretty epic, with shrieks and screams filling up their small family home. As adults, they couldn’t possibly be closer. Since they live in different towns, they talk on the phone weekly and have “sisters only” weekends whenever possible. They even have secret code words that they’ll use to find each other in their next lives. Carol admits that they still drive each other crazy from time to time, but there’s no one else on this planet that she’d trust to be there for her more than her sisters.

“You don’t really forget all the fights, especially the really bad ones,” she says, adding that there have been some really awful spats. “We didn’t talk for months after one particularly nasty one. Then, one day, we just let it go. No ‘I’m sorry’ or long discussion about it. Just like when we were kids and fighting one minute then running off to go swimming together the next, we just made a mutual yet silent decision to move on.” Like Marie, Carol says that no matter what, even if they’re in the middle of a massive argument, they would drop it in an instant to be there for each other. 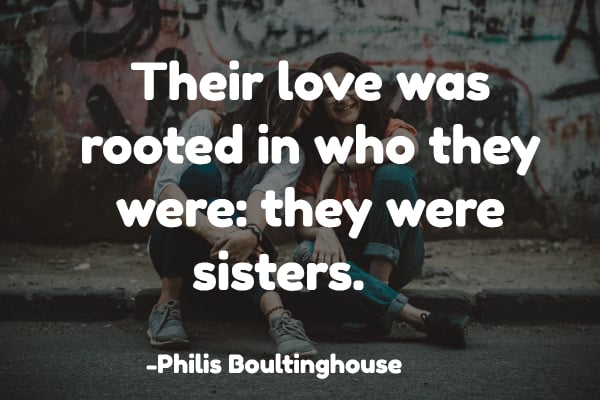 Friends by blood, brothers by heart

We’ve heard from sisters with brothers, sisters with sisters, full “blood” siblings and “half” siblings. What about only children, though? Are they completely missing out on the life experience that is sibling-rivalry– turned-besties? Let’s hear from Scott, a 25-year-old who learned that not all “siblings” have even one parent in common.

“My parents were a little older when they had me, so siblings weren’t really in the cards,” Scott explains. “Honestly, it didn’t bother me for the most part, but yes, there were times I wished for a brother.” Scott did get his wish, just not in the way he expected. “My friends and cousins became like brothers and sisters to me, especially those who were only children themselves,” he says. “We fought just as bad as any siblings who live together do. I think maybe we all just kind of wanted that sibling experience, so we made it ourselves.” While many childhood friendships tend to dissolve as we grow up, Scott says they’re all still just as close. “In fact, the ones I fought with the most then are the ones I count on the most now.”

Siblings fight now, but one day you can say, “I told you so!”

These are just a few examples from friends with different types of families. As we can see, even when siblings fight like cats and dogs as kids, more often than not they grow up to really count on each other and become best friends. That goes for whole-siblings, half-siblings, and even “siblings” in our hearts.

If you’re really worried about your kids’ fighting and just want to make sure they truly do grow up to become best friends, check out my tips on how to teach your kids to be friends for life.  Don’t worry, though! One day, they’ll come to you and say, “You were right when you said we’d be friends as adults.” Then you can take joy in saying that one thing every parent loves to say- I told you so!