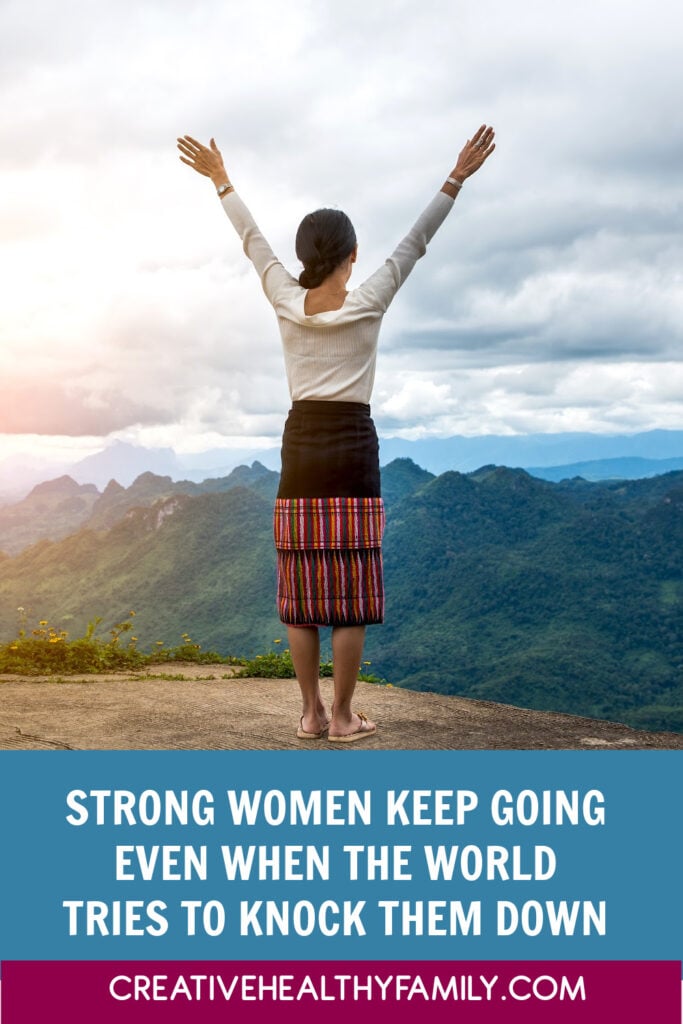 There’s a really great quote about strong women that goes, “She was never prepared for half of what she went through, but she got through it. She always will. She is YOU!” No matter how hard the world tries to knock us down, we strong women keep going. Let’s discuss! 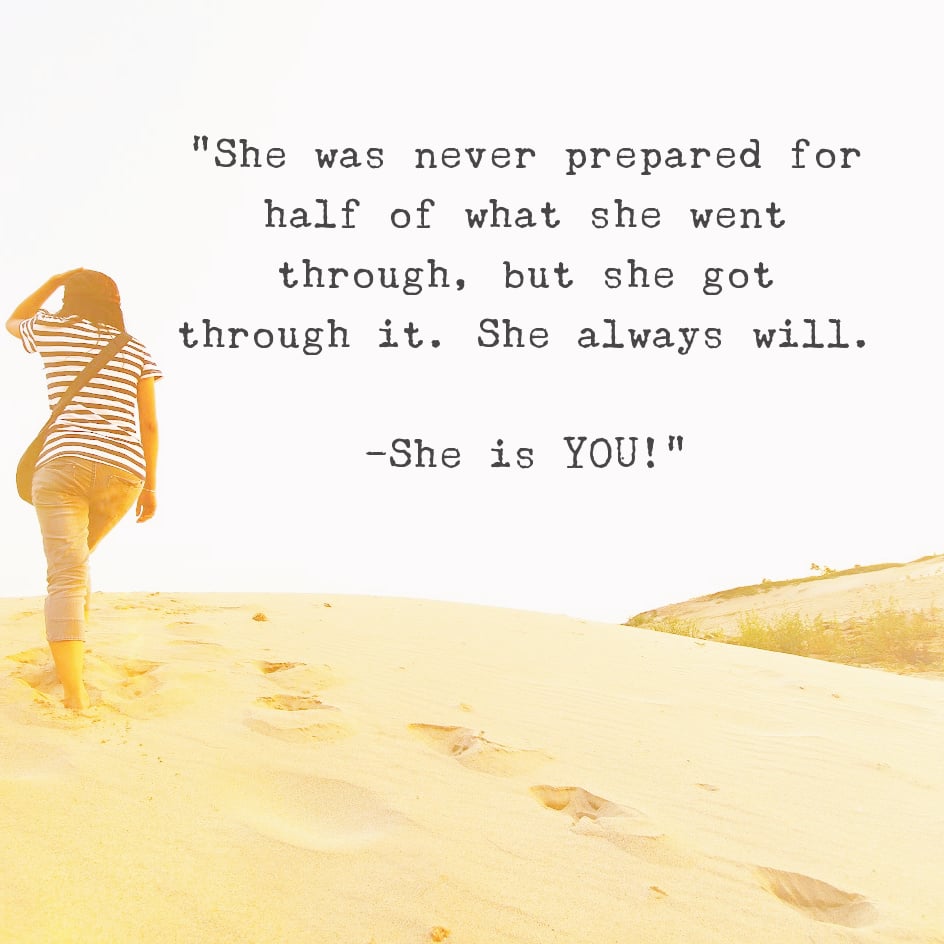 Strong Women Keep Going, Even When the World Tries to Knock Them Down

Earlier today, I was talking to a writer friend (a single mom) who just lost her main source of income out of the blue this morning. Losing a job is hard any time of the year but losing one a week before Christmas when you’re the sole provider for your family is enough to send anyone off the deep end.

I asked her, “What will you do now?” She told me, “Same thing I’ve always done. I’ll figure it out.” She went on to say that she gave herself an hour to cry, to let the panic run loose and just feel her feelings.  Then she went to work on another project. Just like that.

“If I suddenly had the rug pulled out from under me like that, I think I’d lose it,” I said to her. “I’d need more than an hour to pull myself together. I’d probably curl up in a corner and cry myself to sleep!”

She looked at me, her eyes rimmed with tears but gleaming with determination, and said, “No, you wouldn’t. You’d stand up, dry your eyes, pull on your boots, and keep going because that’s what we strong women do. We keep going, even when the world tries to knock us down and when we’re just so tired that we think we can’t take another step.”

I realized that she was right. I would keep going, no matter how much I wanted to just curl up in cry. After all, the only other choice is to just give up, and I never give up. 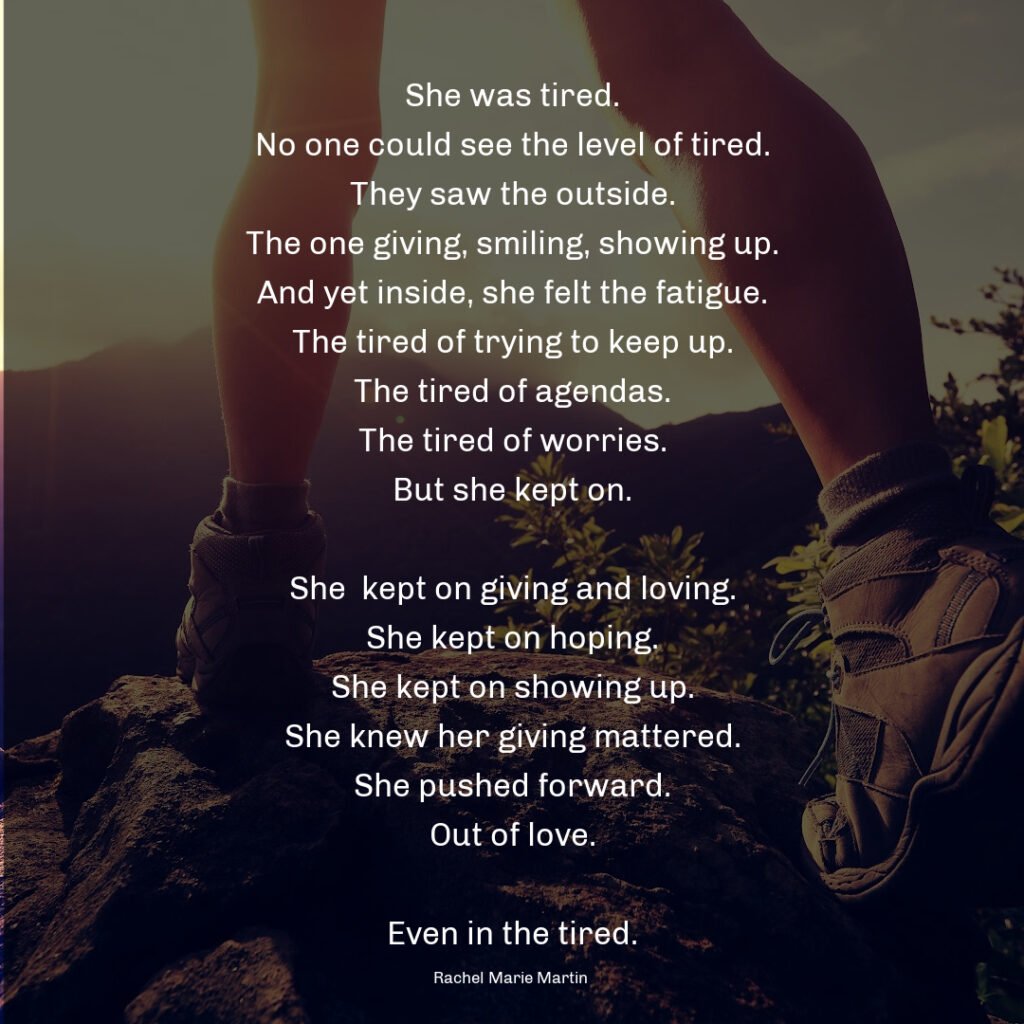 Strong women keep going, even when they’re just so tired.

Her words reminded me of one of my other favorite quotes about strong women, by Rachel Marie Martin, It goes,

“She was tired. No one could see the level of tired. They saw the outside. The one giving, smiling, showing up. And yet inside, she felt the fatigue. The tired of trying to keep up. The tired of agendas. The tired of worries. But she kept on.

If there’s one thing we women have in common, it’s that we’ve all mastered the art of projecting this “everything is awesome” image. On the outside, we smile, we cheer, we give, and we spring into action for our loved ones at a moment’s notice. Inside, though, we’re not just tired, we’re exhausted. We’re worn down. Worn out. And we’re scared. So scared. But we keep smiling. We keep showing up. We keep going.

We are powerful because we keep going despite fear

We women have a long history of marching on even through the longest and scariest nights.  We’ve always had to fight harder for everything we have. Just a few generations ago, women weren’t even allowed to have their open their bank accounts or own property in their own names. In fact, they were property.

Thanks to all of the strong women who came before us, at least we can open a bank account, buy a house, and vote in elections all on our own. Let’s be honest, though, we still have many miles to go before we can rest. We still have many battles left to fight. Some of those toughest battles are the ones we fight within ourselves. 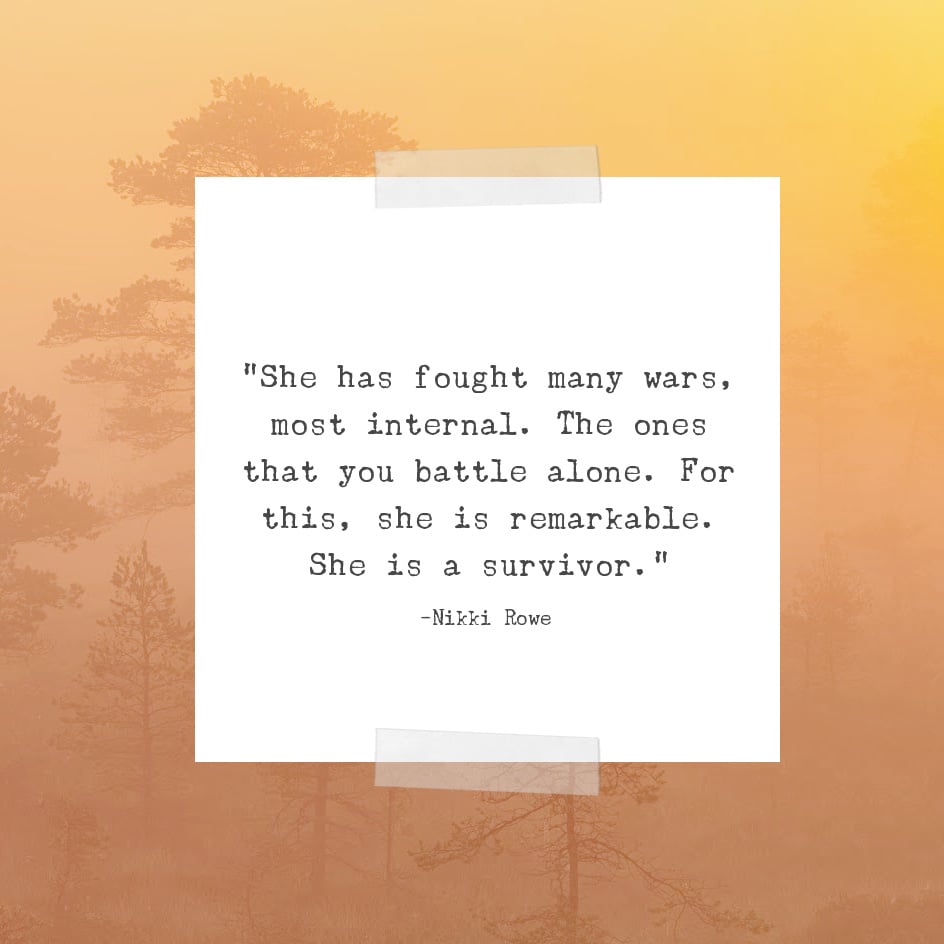 The battles you fight alone make you a true survivor, and a truly strong woman

There’s a quote by Nikki Rowe that goes, “She has fought many wars, most internal. The ones that you battle alone, for this, she is remarkable. She is a survivor.” As much as we strong women stick together, there are so many battles that we fight alone.

I can’t quiet that voice for you. It’s something each of us has to do on our own. I can tell you one thing, though: you are STRONG ENOUGH to win that battle because you are a survivor. For that, you are truly remarkable. 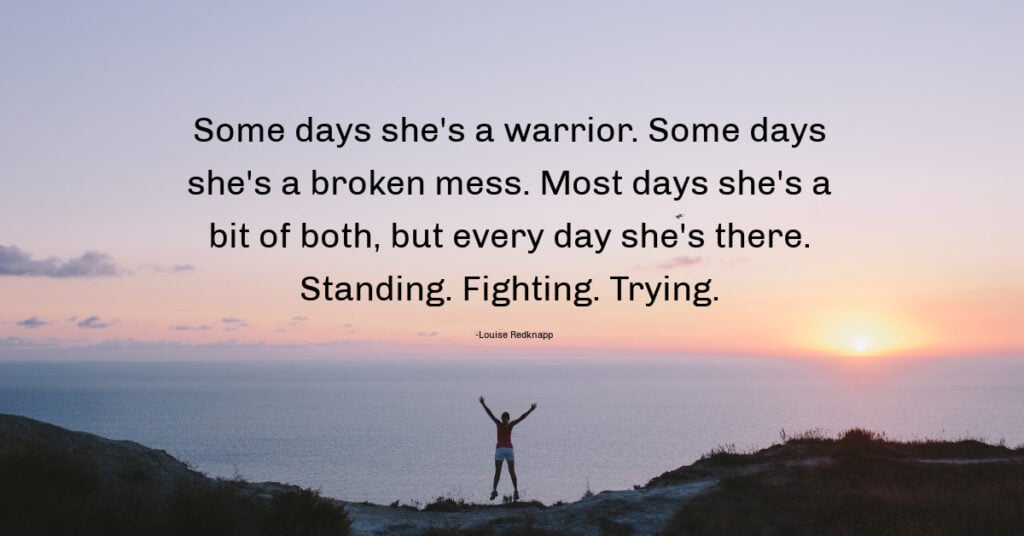