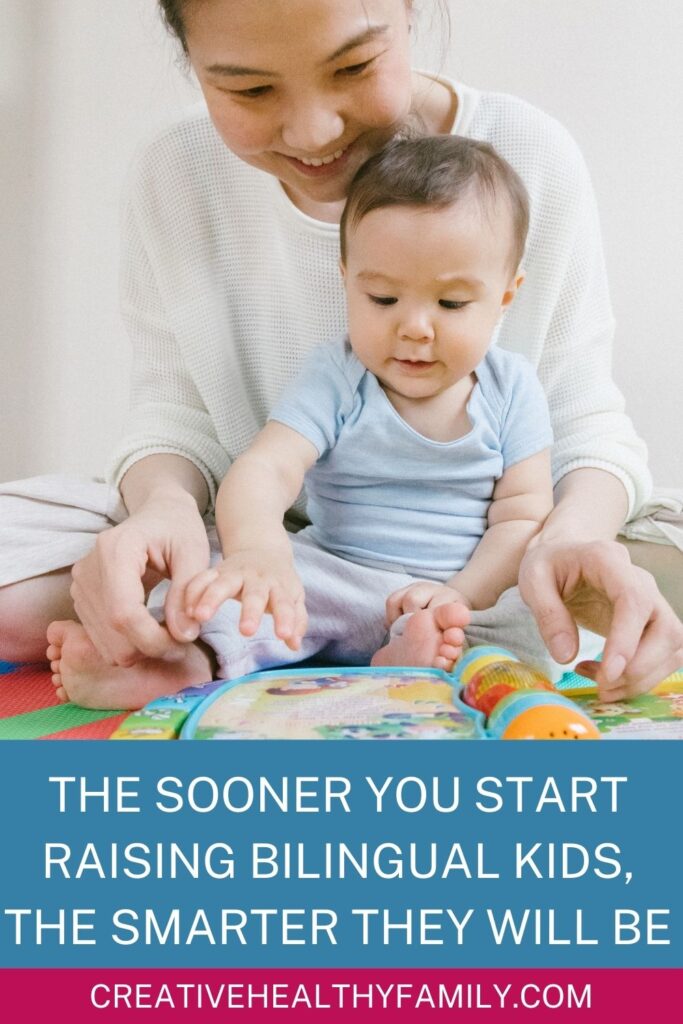 If your child is growing up speaking more than one language, you will be happy to learn about these studies showing the amazing benefits of raising bilingual children. Check them out, plus get some tips on teaching kids a second language even if you’re living in a monolingual household. 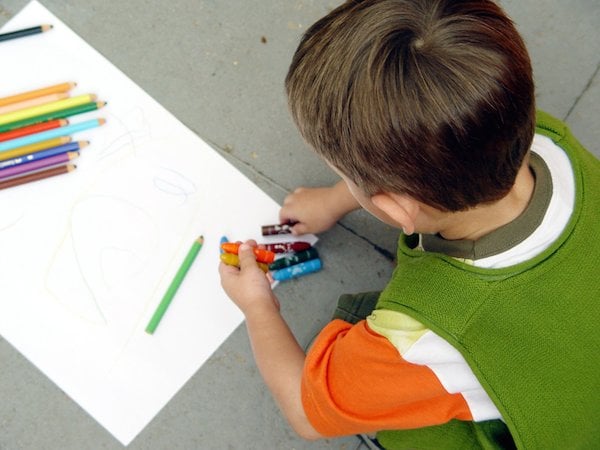 Both my husband and I are native Spanish speakers so we always “naturally” spoke to our kids in our first language. I always knew this was beneficial, but I was so happy to find out about this study that explains why raising bilingual children has amazing advantages.

But don’t worry if you are not a bilingual household. Your children can definitely learn a second language outside of the home. And experts agree that the earlier they start learning another language, the better. And raising bilingual children will make them smarter!

Did you know that babies’ brains develop faster and better when exposed to more than one language?

Experts agree that when children are exposed to more than one language, their brains develop better and faster compared to children exposed to only one. And this benefit starts when they are babies are learning their very first words.

At home, we make an effort to speak only in Spanish. We know that our kids will learn English at school and with their friends no matter what. This is very important in our family not only because of the benefits of bilingualism, but because we want our kids to be proud of their roots.

The latest study by researchers from the University of Washington in Seattle found that development actually starts by the time babies are 11 months old and are getting ready to say their first word.

Researchers found that the area of the brain responsible for what is known as “executive function” was more developed among babies in a bilingual home than in one with just one language.

What this means, according to the experts, is that because executive function is essentially the brain’s control room, from which it organizes the rest of the brain, children who have a more developed “executive function” have better learning capabilities, and problem-solving, memory, and other skills.

This suggests that bilingualism shapes not only language development, but also cognitive development more generally.

What about homes where only one language is spoken? This study also showed that even babies from monolingual homes can develop bilingual abilities at a very early age.

Naja Ferjan Ramirez investigated how babies could learn a second language outside of the home. “With the right science-based approach that combines the features known to grow children’s language, it is possible to give very young children the opportunity to start learning a second language, with only one hour of play per day in an early education setting,” she said. “This has big implications for how we think about foreign-language learning.”

“Science indicates that babies’ brains are the best learning machines ever created and that infants’ learning is time-sensitive. Their brains will never be better at learning a second language than they are between 0 and 3 years of age,” said Patricia Kuhl, UW professor of speech and hearing sciences.

The results, Kuhl said, have the potential to transform how early language instruction is approached in the United States and worldwide. Still not convinced? Let’s check out some additional studies proving the benefits of raising bilingual children!

Scientists and researchers have studied the benefits of raising bilingual children for decades. Here are just a few of their most fascinating studies.

Oh, and if you’re worried that your kids will confuse the two languages or mix them up as they get older, don’t. A 2010 APA study found that “bilingual infants, along with monolingual infants, are able to discriminate between the two languages, providing a mechanism from the first moments of life that helps ensure bilingual infants do not confuse their two languages.” Or, if you prefer something a bit more recent, a 2021 study done by Florida Atlantic University reinforced that, at least as far as Spanish goes. They found that “…there is no trade-off between English and Spanish. Rather, children reliably acquire English, and their total language knowledge is greater to the degree that they also acquire Spanish.”

As we can see, raising bilingual children makes them smarter, better able to control their impulses, and may even ward off dementia (or at least delay it) later in life. While it’s better to expose them to a second language as early as possible, it’s never too late to get started.  Speaking of getting started, let’s finish this off with a few tips on how to do just that.

If you ARE a bilingual household, then simply speaking to your kids in two languages is often enough to help them master both, according to research. But what if you’re living in a monolingual household? Here are a few expert-recommended tips.

Bottom line, teaching your kids a second language has SO many pros and hardly any cons. In fact, the ONLY “con” that I could find was one study showing that bilingual kids are slightly slower to pick up new vocab words early on. However, other studies found that they still hit all of their milestones on time and that the delay essentially vanishes by age 5 (IF it even exists, as some researchers say that it doesn’t). So, there’s really no reason NOT to teach your kid a second language and every reason TO do so, in my opinion!

What about you? Are you raising bilingual children? Share your thoughts in the comments below.