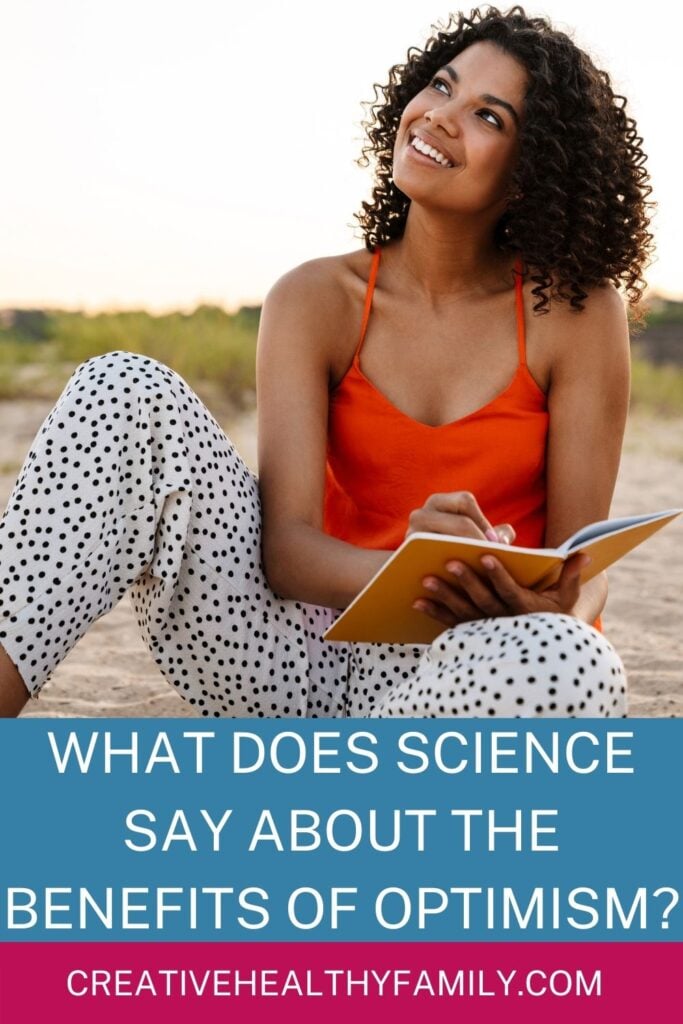 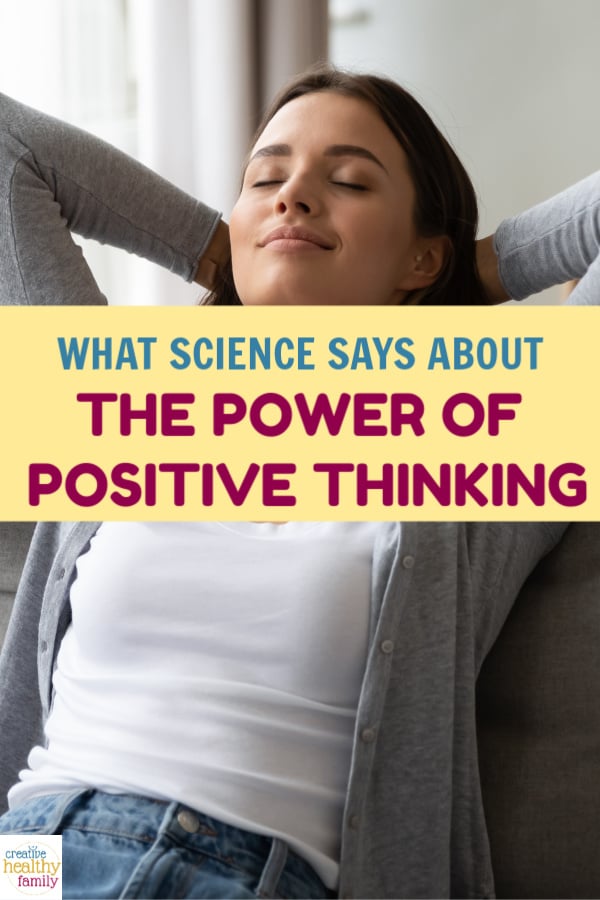 Think happy thoughts and good things will come your way, right? At least, that’s what they say! Is positive thinking really all it’s cracked up to be, though? Let’s take a look at what science has to say about it. 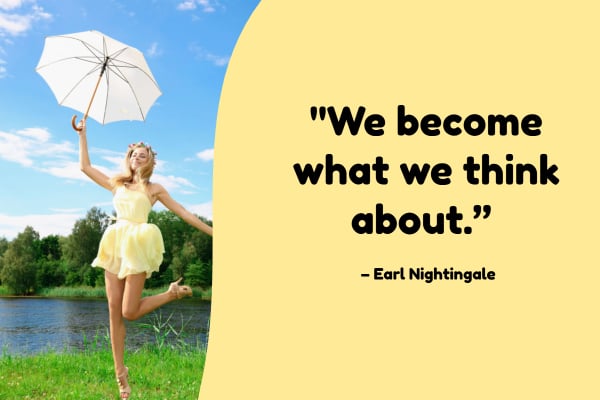 What Does Science Say About Positive Thinking?

“Don’t worry, be happy.” “Turn that frown upside down.” “Every cloud has a silver lining.” “You have to look through the rain to see the rainbow.”  I could do this all day. There are a million and one clichés about positive thinking, after all. The harder things get in the world, the more the “always look on the bright side” clichés roll in. Sure, it’s better to be happy than sad, think good thoughts than bad.

But are there any real benefits to all this positive thinking? Turns out, there are. A few, actually. Let’s take a look. Then, for our realist pals, we’ll also finish with some good news for you.

Thinking Positive is Good for Your Heart

Thinking happy thoughts could lead to a healthier heart according to a 2008 study done by the University of Rochester Medical Center. Consider this- negative thinking is often associated with stress. I think we all know by now how excess stress can affect our hearts, right? While the study primarily focused on men (who are already at an increased risk for heart disease), there’s no reason why it couldn’t apply to women as well. So, let those blissful thoughts role in! Your heart will thank you.

Here’s one I think we could all use right now. A 2016 study found that people with anxiety who visualized happy images throughout the week experienced greater happiness and less overall anxiousness compared to those who visualized a negative outcome. Of the two “happy image” groups, one visualized positive outcomes to their problems and the other just let any joyful image pop into their head. The neat thing? Both groups experienced equal benefits. So, if you’re having a hard time coming up with a happy image relating to your worries, just let those cute cat pictures flow through your mind.

A positive mood can make you more creative

Sure, some of the greatest paintings and stories have come from some rather dark moods (Edgar Allen Poe, I’m looking at you), but overall, science found that positive thinking leads to greater creativity. This is especially true for those working in your average, everyday “non-artistic” field. During the study, researchers played different types of music for each group of subjects, to set different moods.  Some listened to stressful and depressing tunes, while others to more upbeat songs.

Those that listened to upbeat mood-boosting music performed better overall on creative tasks. Fun fact, researchers also believe that watching a funny video on the internet can give you the same basic mood boost. The case for cute cat pictures and videos just keeps getting stronger.

So, thinking happy thoughts is good for your heart, your mind, and even your job. What if it’s just not your thing right now, though? It’s a little unrealistic to pretend that we can all think positive every moment of every day, especially when times are so tumultuous.  As we know by now, for every study, there’s another equally valid one that says the complete opposite. So, this one is for all you realists out there.

Positive thinking may even protect you against breast cancer

According to a 2008 BMC Cancer study, optimism may protect against breast cancer. “We can carefully say that experiencing more than one severe and/or mild to moderate life event is a risk factor for breast cancer among young women. On the other hand, a general feeling of happiness and optimism can play a protective role”.

It’s important to point out, though, that the study surveyed women after their diagnosis, which could affect the way they recall past moods and events. So, take this one with a grain of salt. I don’t think there is nearly enough evidence to back the theory, but at the same time, it’s one of those “can’t hurt to try” things. Just make sure you’re doing other more evidence-backed things to help prevent breast cancer (like getting mammograms, not smoking, eating healthy, and so on).

A March 2022 study by the Boston University School of Medicine found that while optimism didn’t really change how older men react to stressors, overall it appeared to “promote emotional well-being by limiting how often older men experience stressful situations or changing the way they interpret situations as stressful.” In other words, while they still reacted to stress much the same way, being positive changed what they viewed as stressful. Positive thinkers tend to be “glass half full” people, so they don’t get as worked up by the little things. On the other hand, negative people can let something as mundane as traffic work them into a frenzy. So, this one makes sense if you think about it.

While that last one focused more on men, a Harvard T.H. Chan School of Public Health June 2022 study looked at how optimism helps older women. Researchers found that “Higher levels of optimism were associated with longer lifespan and living beyond age 90 in women across racial and ethnic groups.” I don’t know about you, but my mind immediately goes to Betty White when I hear that. She’s all the proof I need to believe this one!

Being a realist has its benefits, too

A brand-new study done by the University of Bath found some great news for realists. Turns out, that while positive thinking has its benefits, “realists enjoy a greater sense of long-term well-being than optimists.”  To reach this conclusion, researchers spent a span of 18 years looking at how their subjects’ financial expectations related to actual outcomes. Those who took a “positive thinking” approach and visualized a peachy-keen future of great financial security actually found themselves dealing with lower emotional well-being when the future didn’t quite meet their expectations.

On the other hand, those with a realistic outlook were happier overall later on in life, regardless of how things panned out. Of course, researchers were quick to point out that negative thoughts shouldn’t just replace positive thinking, saying, “Pessimists also fared badly compared to realists, undermining the view that low expectations limit disappointment and present a route to contentment.”

It’s also important to keep in mind that while thinking positive is a great thing, unrealistic optimism can cause major problems in your life. Numerous studies over the years found that it can lead to risky behaviors that, in turn, lead to everything from financial ruin to an increased risk for disease.

My take-away from all that- if you’re a realist, don’t try to pressure yourself into becoming a happy-go-lucky optimist. On the other hand, if you’re an optimist, don’t let one study pressure you into becoming a realist. However, if you’re a total pessimist, you may want to try to find some ways to at least bring a little more blissful thinking into your life. Thinking negative thoughts all of the time isn’t good for anyone. We don’t need science to tell us that (although if you want some proof, check out this study that says pessimists are at an increased risk for dementia).

Bottom line, while there are many science-backed benefits of positive thinking and optimists do seem to have happier lives overall, being a realist or even letting a few negative thoughts slip through isn’t going to derail your entire existence. Just don’t let those negative thoughts or fears control your life. Find your balance and you’ll find your bliss.