I will never forget the moment my world turned upside down: on Friday the 13th of March 2009. I was thirty weeks pregnant, my husband was out of town and I was alone in a city I had just moved to. I was folding laundry when suddenly, I felt something was happening, my water broke. “Please, not now baby!” I pleaded while holding my deflating belly.

Twelve hours later, Castalia’s heart was dangerously slow and I was rushed to the OR for an emergency C-section. Even as a first time mother, I knew very well what a quiet birth meant. I felt numb. I vividly remember the painfully heavy silence growing in the room, even when I finally found the strength to ask where my baby was. I was laying alone on the operating table, feeling the rhythmic pull of the stitches applied to my vacant womb, preparing myself to be told that my baby was dead.

The next thing I remember is slowly waking up and seeing a figure, a doctor stood by the door. It took a lot of effort to focus on the words he was saying, I was feeling very groggy still. In a detached voice, he announced: “We suspect that your infant has Esophageal Atresia. She will be transferred to the Children’s Hospital to get evaluated and possibly undergo surgery today. We need you to sign some papers.” 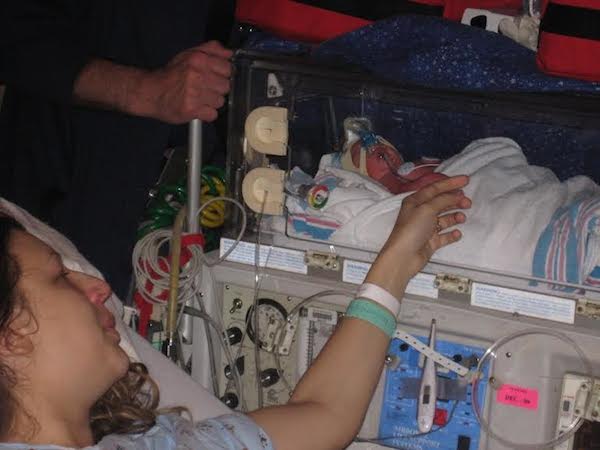 -Esopha…what? Can you explain what this means in terms that I can understand?”
Just like most people, I had never heard of this GI birth defect that affects one out of 3500 births. In a nutshell, it means that her esophagus, her food pipe, was not attached to her stomach. In her case, her upper esophagus ended in a pouch while her lower esophagus connected her stomach to her trachea. I had no idea what that meant for her future or for ours. 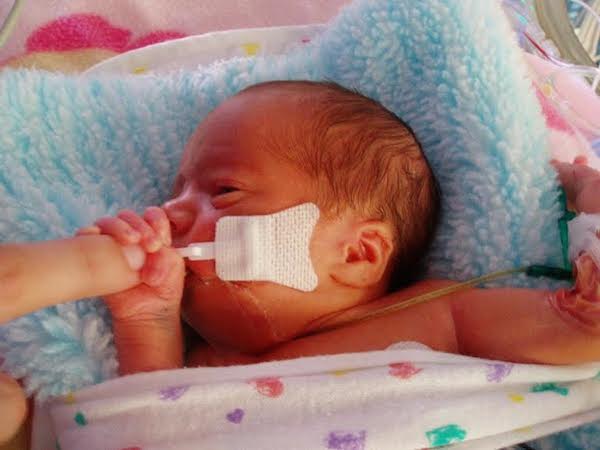 EA/TEF kids seem to have widely different journeys that do not simply stop at “getting repaired.” Even if their primary closure is successful, in most cases the esophageal muscles and nerves don’t work properly. It can make eating and drinking difficult or impossible, resulting in random chocking episodes, strictures or Gtube feedings.

Furthermore, about half of them, like my daughter, have other birth defects. Most also have GERD and will need to be on antacid medicine their whole life. EA/TEF kids tend to get sick more often and stronger than other children but there hasn’t been much research to truly explain why.

They often have tracheomalacia -floppy airways. It can make it hard for them to breathe, especially when they are sick and it gives them a deep barky chronic cough that earns them lots of stares in public. 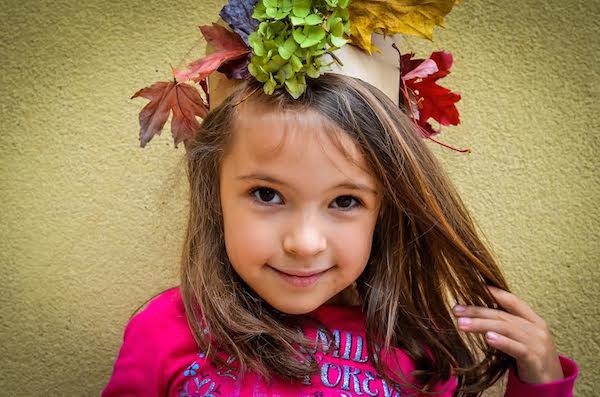 My resolution for 2015 was: to find a way to raise awareness and money for the condition. To accomplish both, I decided to write a children’s picture book called “An EA/TEF Story Inside and Out” to empower EA/TEF children, educate the public about the condition and offer ways for others to help.

It is available on: http://www.lulu.com/content/paperback-book/an-eatef-story-inside-and-out/16463739
Or visit www.eatefbooks.com for more information. 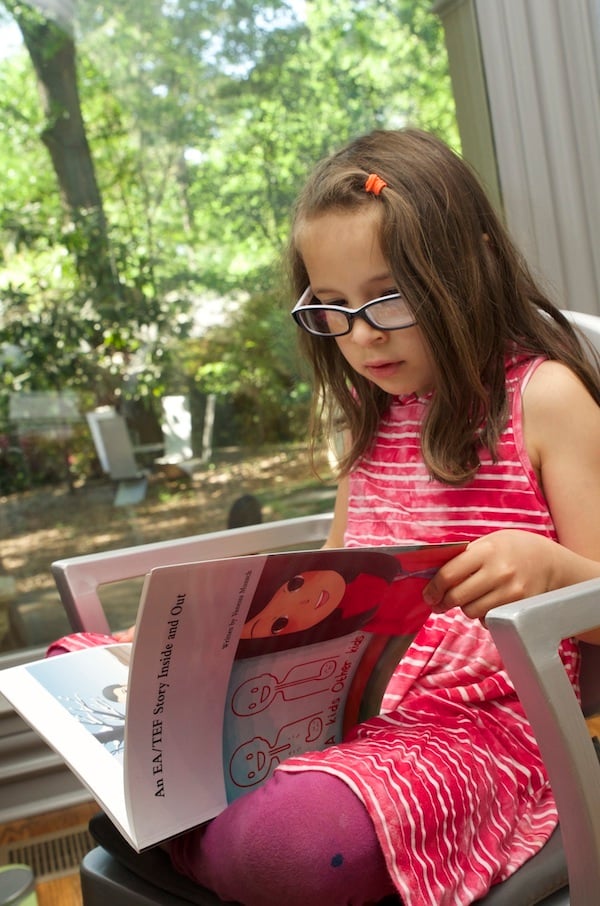 It is available worldwide in English (American and British Spelling) and in French. Coming soon in Spanish, Italian and Croatian.

Thank you for your support and please help spread the word about the condition.

PREVENTION: There is little known about what causes EA/TEF but it is not believed to be hereditary.
About a third of the time it is diagnosed in utero as no stomach bubble is noted on the ultrasound. There seems to be a higher incidence of GI birth defects in woman who have a single umbilical artery.

Another marker is polyhydramnios (extra amniotic fluid.) The baby cannot swallow and recycle their own amniotic fluid as a fetus normally would so, they keep on producing it. As a result, the mother’s belly keeps on expanding and measures way ahead of what it should, leading to a possible premature rupture of the membrane. If caught early on, liquid can be punctured to try to avoid a premature birth and the additional issues that can come with prematurity.