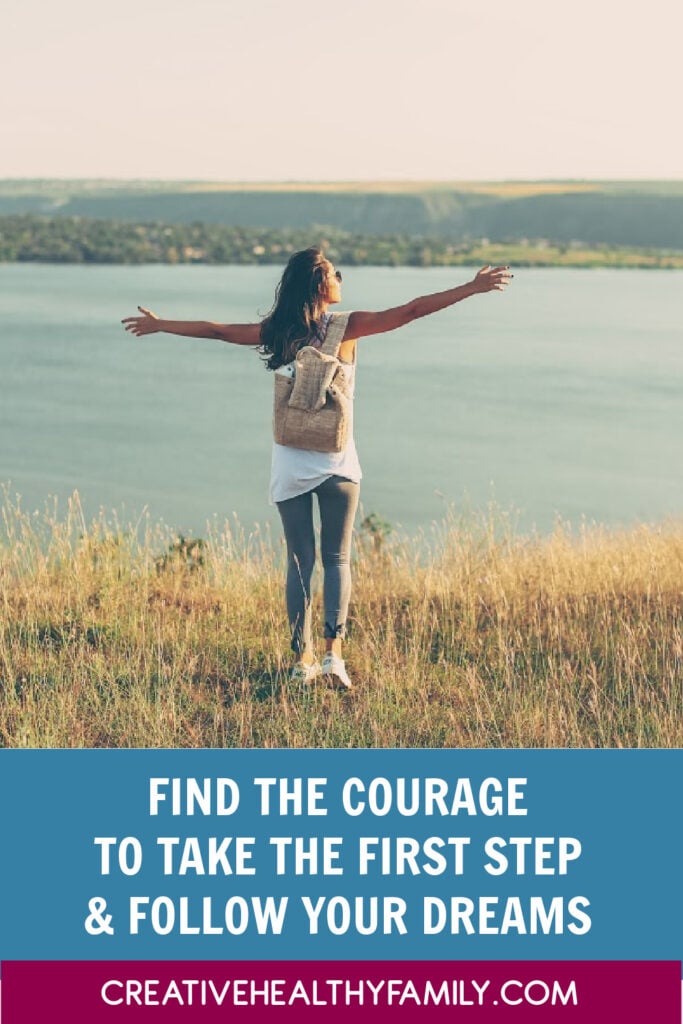 If you want to follow your dreams, you have to be brave enough to take the first step. It’s the hardest part, I know! Once you find the courage to do it, though, the rest of the journey becomes a whole lot easier.

Have the Courage to Take the First Step & Follow Your Dreams

Martin Luther King Jr. once said, “You don’t have to see the whole staircase, just take the first step.” I love that advice so much! However, I think that sometimes the first step is actually the hardest. In fact, it can feel like taking a leap across a chasm in the pitch-dark! One misstep and you’ll fall into a deep, endless abyss!

Okay, that may be a bit extreme! Honestly, though, when it comes to stepping outside our comfort zone to follow our dreams, it really can feel that dramatic. So yes, you definitely need to gather your courage to make it happen. How do we do that, though, when the very definition of courage means being able to do something that frightens you? I have a few ideas that may help. 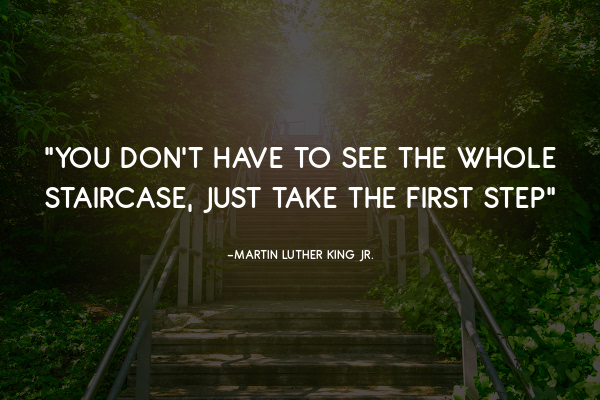 How do you find the courage to take the first step?

As they say, courage and bravery aren’t about not being afraid to do something; it’s about doing something even though you’re scared! In other words, not letting that fear take control!

Telling yourself to be brave and actually pulling it off are two very different things, though, right? No matter how much planning goes into that first step, no matter how much we think about it (and often overthink it), it’s still absolutely terrifying. If you need a little nudge, here are some ideas that always help me.

If that first step truly is a giant leap into the unknown, replace it with a few baby steps. For example, say you dream of completely changing professions. Maybe you’re a banker who wants to be an archeologist, a teacher that wants to be a doctor…basically something that has literally nothing to do with your current career.

Rather than making your first step something extreme like quitting your job and going back to school full time, start small. Enroll in a night class (or even an online class) or volunteer somewhere that gives you a taste of your dream career. That small taste may be enough to give you the courage you need to take the next step!

Do something else outside your comfort zone

If you absolutely cannot gather the courage to take the first step towards following your dream, then do something else outside your comfort zone. As Roy T. Bennet said, only after doing that can you “begin to change, grow, and transform.”

One act of bravery can lead to another, and another until you finally find the courage to do what you REALLY want to do. I mean, once you’ve jumped out of an airplane with nothing except some fabric strapped to you, going back to school doesn’t sound so scary, right? 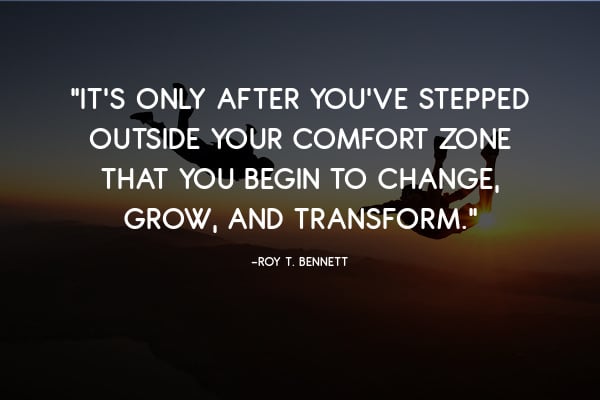 Get a “Bravery Buddy”

You know how when you’re trying to lose weight or stick to a gym schedule, experts recommend finding a buddy to help keep you accountable? Well, a bravery buddy is basically the same concept. Find someone who shares the same dreams or goals as you and take the first step together. Even the most terrifying task is less daunting when you have someone else by your side.

I love the quote by Mary Anne Radmacher that goes, “Courage doesn’t always roar. Sometimes courage is the little voice at the end of the day that says I’ll try again tomorrow.” It’s a much less cliché way of saying “If at first, you don’t succeed, try, try again,” don’t you think?

If today isn’t the day that you find the courage to take the first step towards following your dreams, try again tomorrow. Don’t think of it as a failure or berate yourself for being scared. Just say to yourself, “tomorrow is a new day and a new chance to get it right.” 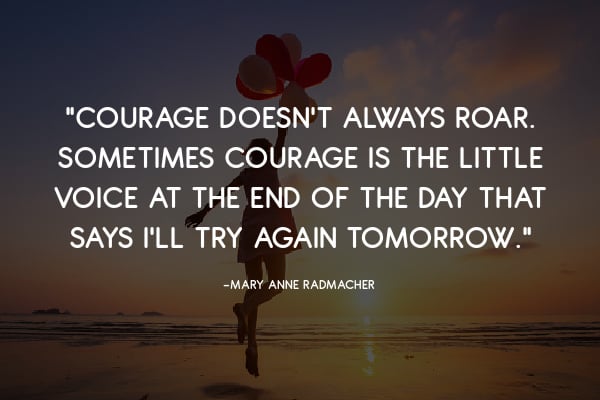 Finding the courage to follow our dreams isn’t always easy, especially if it means we have to give up the sense of security that our current lives offer. To add on to what MLK said, though, you don’t have to race up the entire staircase all at once. Just take the first step. Then the next. Then the one after that.

Before you know it, you’ll be standing on the balcony of your new life looking down at your old one below! I believe in you. Now you just need to believe in yourself.