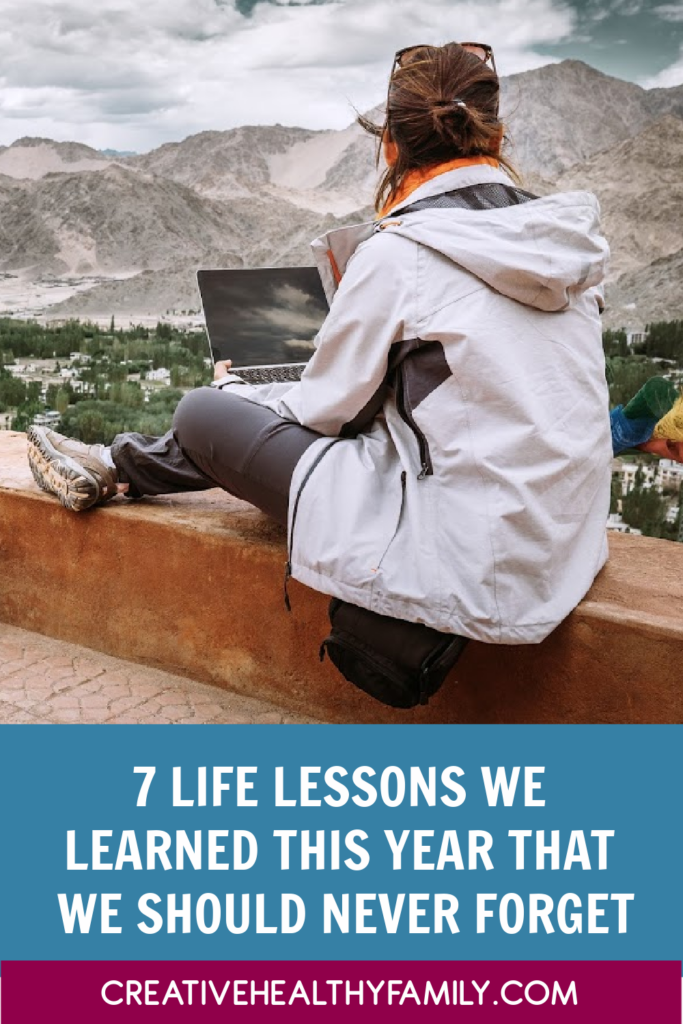 I’ve been thinking a lot about all the life lessons we learned this year (sometimes, the hard way). It made me think about what I truly learned that I’ll carry with me into next year (and the years after). Good or bad, there’s one thing for sure- we should never forget these lessons. 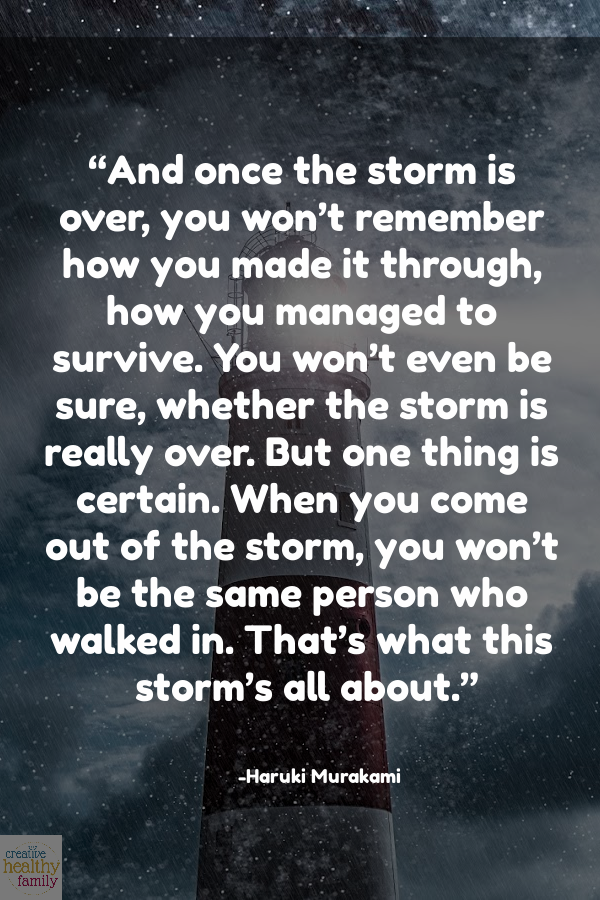 Let’s be real, this year hasn’t been easy on anyone. Well, unless you happen to own stock in a major tech firm, I suppose. For most of us, however, we’ve learned some really hard lessons. Here’s the thing, though- we’ve also learned some amazing things about each other and ourselves.

Things rarely go according to plan

We all love to say stuff like “People plan, and god laughs,” or toss out a quick, “Well, you know what they say about the best laid plans,” whenever anything goes wrong. However, I don’t think we truly grasped just how very true those little clichés really are until this year.

Even if you’re one of those “plan for every contingency” people, I bet you never in a million years thought, “I better have a backup idea in mind in case the plague strikes.” I know that never crossed my mind!

We need to stop taking so much for granted

If there’s one thing we all learned this year, it’s just how much we take for granted. I’m not talking about the little things. Oh, don’t get me wrong, I’ll never take toilet paper for granted again! I’m talking about the big stuff- people, family, even life itself. Not being able to see the people that we love in person really puts things into perspective.

On the other hand, though, this lesson also taught us that we don’t need nearly as much to make us happy as we thought we did. From canceled vacations to simple things like not being able to sit down in restaurants together, we learned that it’s not the places that matter but rather the people we see there that do.

Does that make sense? If not, the quote below from Jewels of Happiness really sums it up! 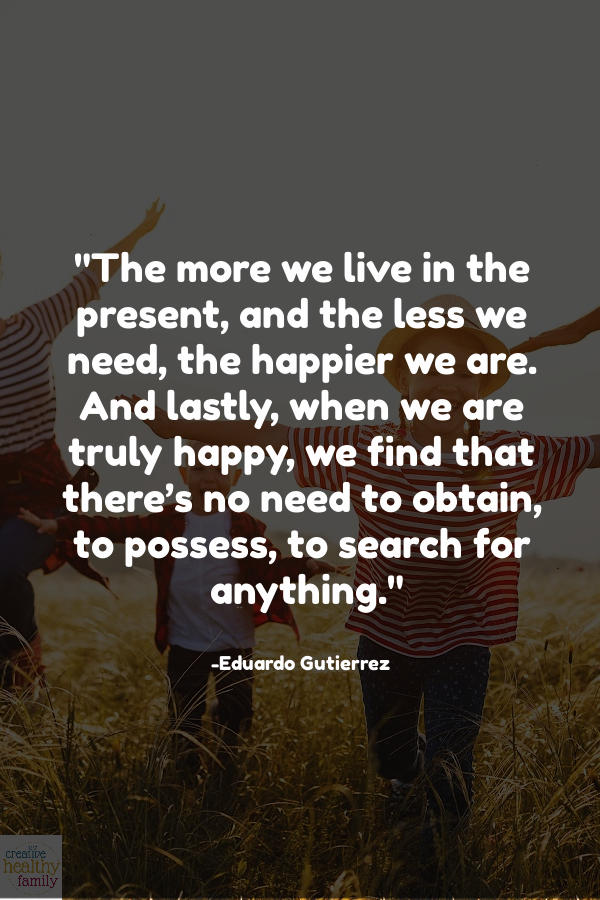 Back in the first of the 752 weeks of March, when all of this started, I remember seeing a meme that had good intentions, but really kind of missed the point entirely. It said something like, “Keep calm, we’re all in the same boat!”

Here’s the thing: we’re not in the same boat at all.  This year taught us that some are sailing along on yachts while others are struggling along in a leaking canoe with only one paddle.  We are, however, all stuck in the same storm. So let’s focus on that. It’s one of the things that unite us, after all.

Can you imagine how fast we’d turn things around if those with yachts sent out lifeboats to all of those sinking in leaking canoes? I don’t mean financially speaking, either.

The lifeboat could symbolize using your privilege to stand up for others, or your voice to speak for those who can’t speak for themselves.  It could be something as simple as making sure an elderly neighbor has everything she needs during a lockdown.

Which brings me to…

We have to work together to overcome challenges

Another major life lesson that I think we’re still learning- we can only overcome the greatest challenges by working together. I remember early on, getting so angry after seeing someone on Twitter say, “I take care of me and mine, everyone else can go…” Well, you can fill in the last part for yourself.

Think about where we’d be if everyone thought this way? Look at where we are because so many still do! We may each be an “island” when it comes to the little stuff, to the things that don’t affect anyone but ourselves.

However, when it comes to replacing illness with wellness, changing injustices, or even fighting against nature herself, we cannot overcome without working together. Period.

One of the saddest life lessons we learned this year – sometimes things break for good. As hard as we try to not let politics tear us apart, we all have our breaking points, our uncrossable lines. When someone barrels right over that line or shatters your perception of them, it’s almost impossible to put it back the way it was before. 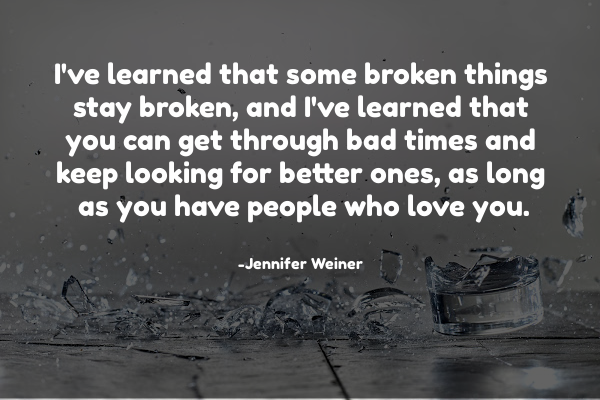 …While other things truly are unbreakable

There’s a positive side to that last lesson, though. While we learn that we can’t fix everything no matter how hard we try, we also find that some things really are indestructible. For example, the love we feel for our family can never be truly destroyed.

Even if we’re mad at them, even if we’re not speaking, we know that we would drop everything for them if they needed us. If nothing else, we can take solace in that.

Most important of all, as long as we have each other, we have everything

I think the absolute most important thing that we learned this year is just how much we mean to each other. As long as we have our families by our side, we have everything we need. We can weather any storm (even if we’re in that sinking boat) as long as we can turn to each other.

I know we’ve all learned some truly horrific lessons that no one should ever have to learn. I’m definitely not trying to sugar-coat the nightmares, the violence, the loss. These things should never be forgotten, never covered under a heaping pile of sprinkles to make them more palatable. 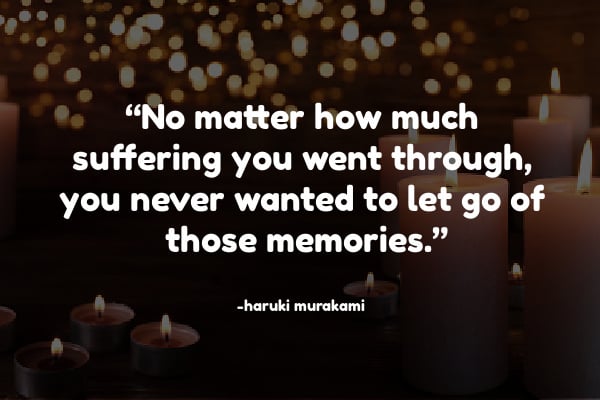 However, even the most horrible lessons taught us something about ourselves, our families, our entire species. If we forget it all, put it behind us when the clock strikes midnight next month and wipe the slate clean, we really are doomed to keep repeating our mistakes.

So, take some time to sit and reflect on the lessons we learned this year and ask yourself what you will carry with you into the future, how YOU will use that newfound knowledge to make the world a better place.