Great news for parents of tots with minds of their own; turns out, having a strong-willed child is actually a good thing. Stubborn kids are more likely to be successful later in life, science says. Keep reading to learn more about this fascinating study. Then, check out some parenting tips that will help you encourage your child’s independent streak while also keeping your sanity. 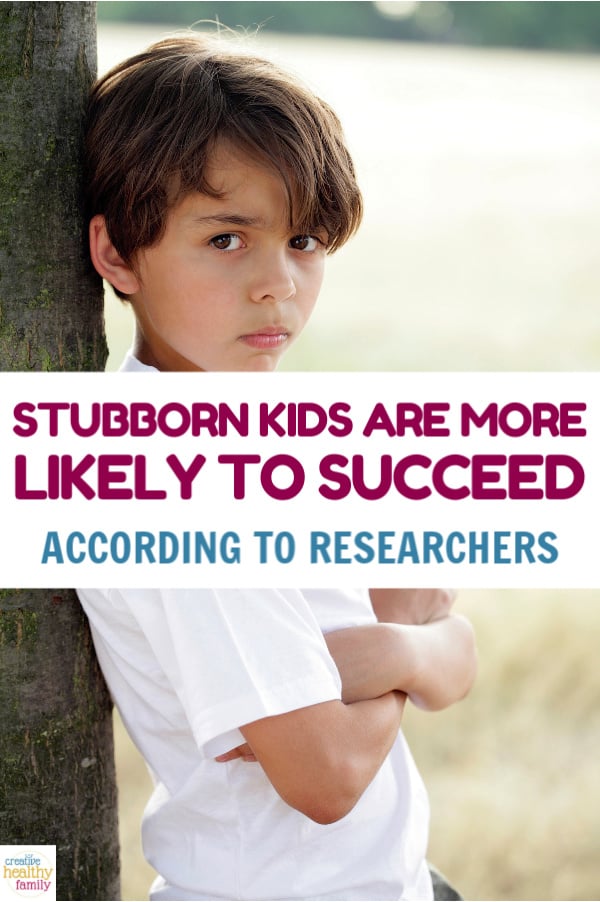 You know how we mothers complain all the time about our stubborn children. We complain about them insisting on picking their own clothes (not matching at all), refusing to eat certain healthy foods, or disobeying our orders to clean up the mess in their rooms. Every day it is the same thing. Arguing and fighting to get them to complete one simple task.

Well, according to a new study, this is actually an indicator that our kids will be more successful, perform better academically, and earn more money as adults. Can you believe this? My kids are going to be rich!

Science Says Stubborn Kids Are More Likely To Be Successful

The study, published in the US National Library of Medicine, followed students from their late primary years into adulthood.

It all started decades ago, when 742 children between the ages of 8 and 12 years old were evaluated for non-cognitive personality traits. These include things like academic conscientiousness, entitlement and defiance. Forty years later, when researchers checked back to see how they turned out, a surprising trend emerged. Traits like rule breaking and defiance turned out to be the best non-cognitive predictor of high income as an adult.

Now, the study doesn’t explain exactly why stubborn kids are more likely to be successful.  The authors theorize that strong-willed kids might be more competitive in the classroom, leading to better grades. They might also be more demanding as adults, which comes in handy when you’re negotiating salary.

As Jillian Rose Lim of the blog Fatherly puts it, “…if your kid always demands the bigger cookie, they’ll probably grow up to demand the bigger bonus.” It makes absolute sense when you think of it that way, doesn’t it?

Of course, there’s a fine line between having a strong will and being totally unable to compromise. Yes, that stubbornness can help our kids become better negotiators in the long run. However, knowing when to yield is just as important to future success. With that in mind, read on for a few tips to help your child find the right balance. 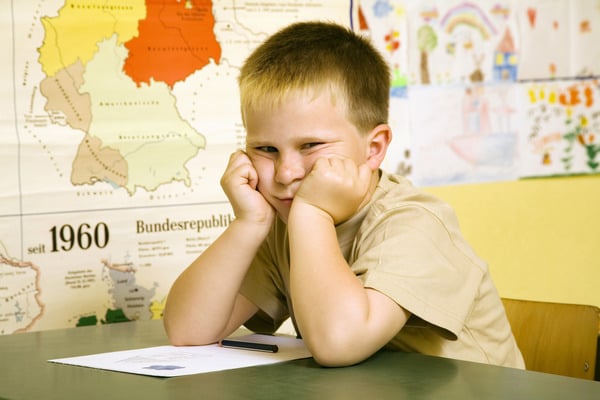 How to Raise Stubborn Kids That Still Know How to Compromise

The goal is to find a balance between encouraging your children to stand up for what they want while still understanding that sometimes they can’t always get it.

Stubborn kids are more likely to follow your rules when they actually understand the “why” behind them. Avoid trite explanations like “because I said so.” Instead, give them logical explanations that they can understand. For example, don’t just tell them they can’t have candy for dinner, explain why it’s bad for them. Don’t just say “no” when your child asks to watch an adult cartoon, tell him why you feel that it’s so inappropriate. You don’t have to give a lengthy monologue detailing why you set certain boundaries, but at least give them something more concrete than “because I’m the parent and what I say goes.”

Be consistent with consequences

As you explain your rules, be sure to explain the consequences for breaking them. Then, more importantly, stick to those consequences. If you tell your child that he can’t watch TV for week after you catch him watching the aforementioned inappropriate show, don’t give in a day later. He’ll very quickly figure out that you’re all bark and no bite, so to speak.

Of course, the best way to make consequences that you can stick to is by making them reasonable in the first place. Think before you dole out punishments. Don’t snap out, “You’re grounded for a month!” after your child disobeys a rule. Remember, if he’s grounded and confined to the house for a month, so are you! 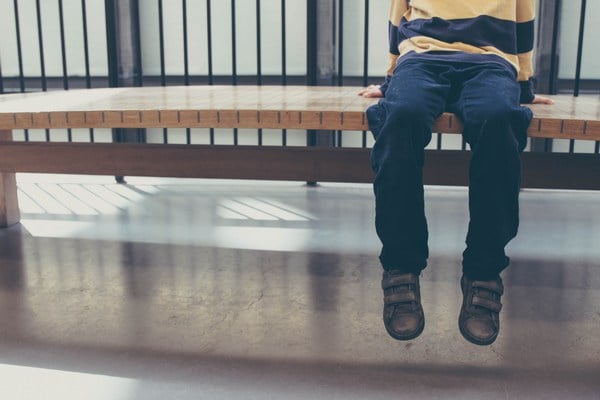 It’s important to let your child win sometimes. No, I’m not talking about Candyland. I’m talking about those wonderfully worded arguments in which he presents his side so beautifully and articulately that you can’t help but be impressed. If giving in won’t cause him any harm, then by all means, go for it. Kids need to learn how to negotiate properly and stand up for what they believe in now so they’re prepared to do it out in the real world later in life.

Give them as many choices as possible

Some things are not up for negotiation. Our kids have to brush their teeth, go to bed at a reasonable time, get up for school, and eat healthy meals whether they want to or not. The key is to give them choices that align with our expectations while still letting them feel that they have some control over their own bodies. For example, let your child decide whether to brush his teeth before or after bath time. Ask him which book he wants to read before bedtime. Work together to find healthy foods that he enjoys.

Having a stubborn child is a good thing!

The results of that study are just fascinating to me. Children who acted out against their parents and tended to break rules were more successful later in life. This means that the constant struggle to get my kids to do what I tell them to do could be beneficial in the long run after all.

I believe our job as parents is to guide our kids in the right direction. Teaching good values and embracing their personalities because that is best for them. A strong-willed child who knows what is right will fight for a good cause and protest to the bad one in the future.

So, if you are like me and have stubborn kids, feel lucky.  Let your kids be who they are, and find their strengths.

END_OF_DOCUMENT_TOKEN_TO_BE_REPLACED

Time is such an odd thing, isn’t it? It literally goes on forever, but that endlessness is also what ...

END_OF_DOCUMENT_TOKEN_TO_BE_REPLACED

If we want to make the world a kinder and gentler place for future generations (and I think that’s ...