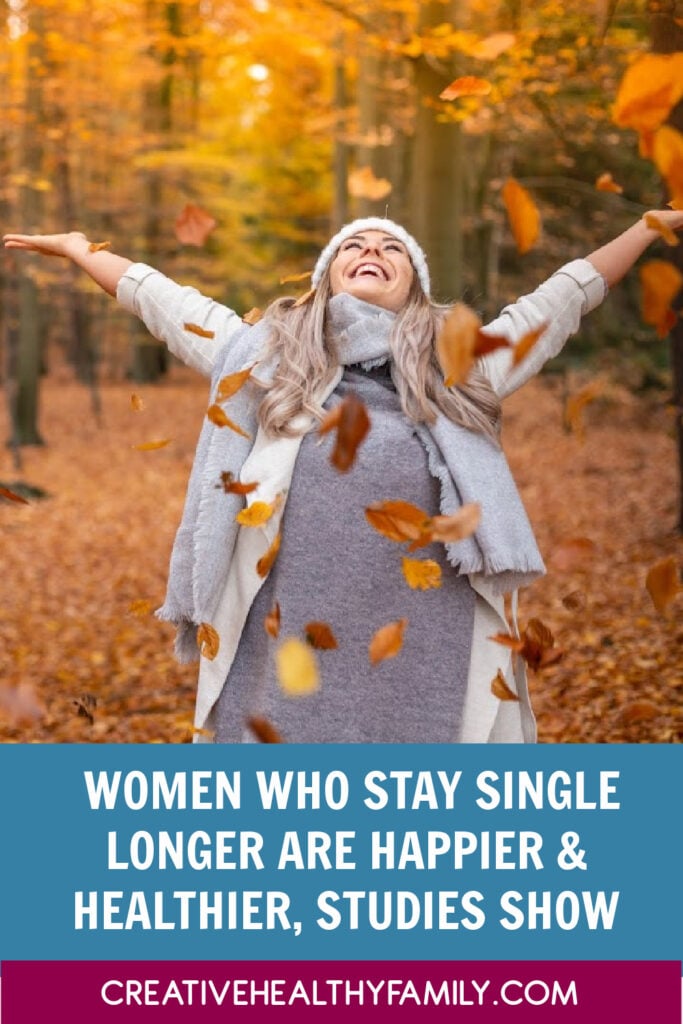 Did you know that, according to several studies, women who stay single longer are both happier and healthier than their counterparts? It’s true! Read on to find out why! 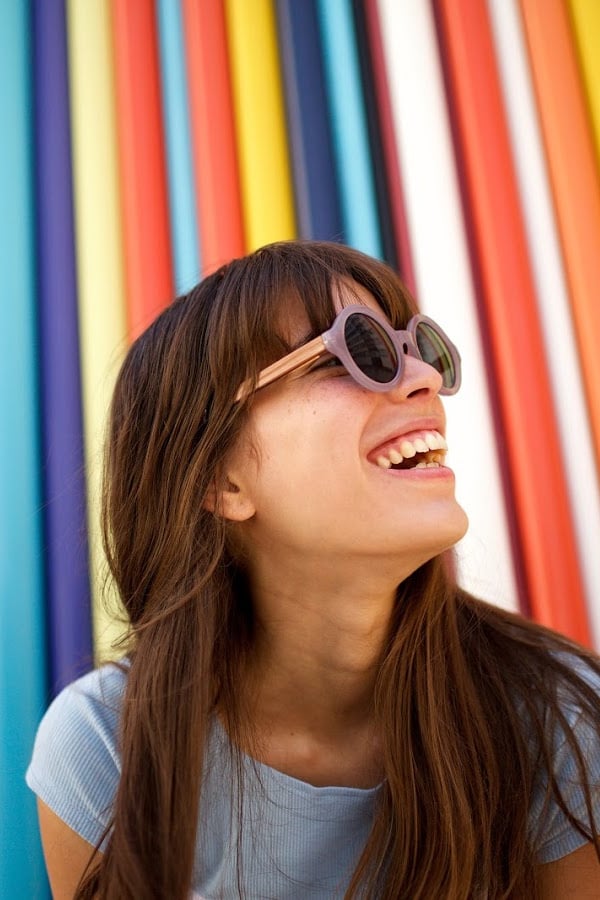 According to more than one major survey and study, women who stay single longer tend to be happier and healthier in the long run. That’s great news for those who aren’t planning to tie the knot anytime soon.

What about those of us who are already married (and happily!), though? As I’ve always said, for every study there is another one saying the exact opposite. So, while we’re focusing on the single women studies today, in the interest of fairness we’ll also look at the flip side. Sound good? Let’s start with the reason you’re here, though: to find out why single women are happier. 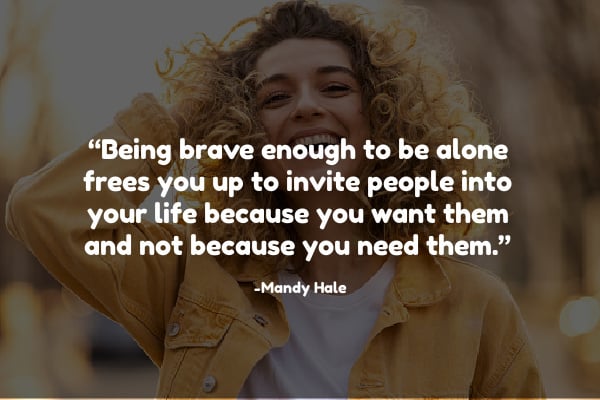 Study shows women who remain single longer are the happiest

A 2017 study published in the Journal of Women’s Health found that women who either stay single longer or get divorced are healthier overall. This is major news, considering experts have claimed for generations that married people in general enjoy better health and longer lives.

In fact, according to Psychology Today, individual scientists who claimed otherwise were met with skepticism, and “their objections have done little to put a dent in the prevailing assumptions. The belief that marriage is protective of health goes mostly unquestioned.”

However, the 2017 study was among the largest and longest running of its kind. It was more than just one researcher objecting to an old standard. The study tracked 79,000 women over three years. Some stayed single, some married, and others yet got divorced. Even their health was monitored by experts, rather than relying on self-reporting.

The study found some interesting things in regard to women’s health. Those who married during the three-year period ended up gaining weight and drinking more. Their blood pressure also increased.

Those who stayed single or divorced actually lost weight, ate healthier overall, and exercised more. Divorced women say their blood pressure decrease, too. The only major downside: divorced women were more likely to start smoking than their married counterparts. 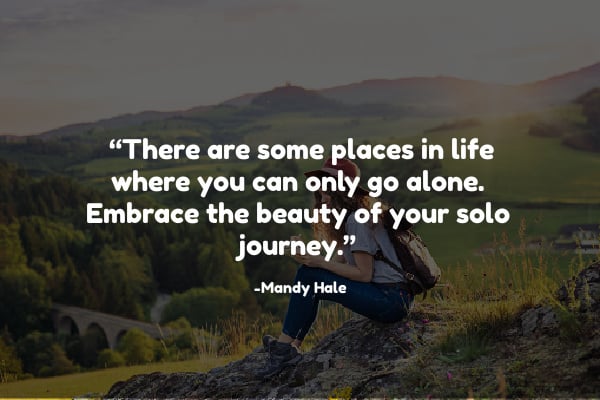 While that particular study focused on the physical heath of women who stay single, another major survey dived into their emotional well-being. According the results of that survey, 61% of single women are perfectly happy being on their own, compared to just 49% of single men.

The hypothesis behind the reasoning- married life is a lot harder on women than it is on men. Professor Emily Grundy, told The Telegraph,  “There’s evidence that women spend longer on domestic tasks than men and I think they also do more emotional work – so they still do more housework and cooking and things as well as more emotional labor.”

So, going back to the other study, it makes even more sense why divorced women became healthier than those who stayed married. After all, our emotional health plays a major role in our physical health, and vice-versa.

Before we move on to the other side, I want to share one more study that I found intriguing, and could explain why women who stay single longer are happier. Basically, it found that a fear of being single leads both men and women to settle for less in relationships.

In other words, sometimes people marry jerks just so they’re not alone. So, it makes sense that they’d be fairly unhappy as the years went by.  Strong women who prefer to spend their lives alone than with jerks, on the other hand, end up happier in the long run.

If all of this sounds like it’s encouraging you to ditch your beloved and strike out on your own, keep reading. As promised, we’ll look at the other side of the story. 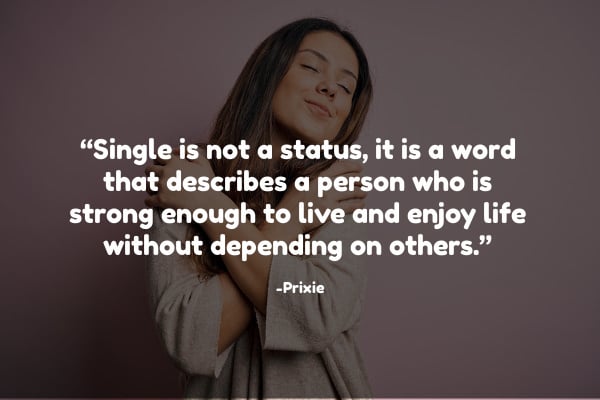 No, you don’t have to divorce your husband to be happier!

If you’re already single or planning to divorce, these studies and surveys may give you some encouragement. After all, we women have spent generation after generation hearing that we couldn’t be whole without a husband. It’s nice to hear at least a few experts say the opposite.

What if you’re already happily married, though? Are you up the proverbial creek when it comes to your health and happiness? Of course not!

First, consider this- the women who divorced were obviously in unhappy marriages to begin with. People just don’t up split from their spouses out of the blue for no reason. So, it makes sense that they’re happier and healthier after leaving someone that made them miserable.

Second, for nearly every study on the planet, you can easily find one that says exactly the opposite. For example, one study found that unmarried women in rural areas are actually more depressed than their married counterparts.

Another study found that married women “suffer less partner abuse, substance abuse or post-partum depression around the time of pregnancy” than those who are unmarried or just living together. Yet another shows that married women actually have healthier hearts.

Happily, healthy, and choose: key words that make a difference in every study

Of course, all of these studies leave out- or fail to emphasize- a few key words. These words really make a huge difference! Happily married women in healthy relationships fare better than their counterparts. The same goes for women who choose to stay single (or choose to divorce).

So, if you’re in a healthy marriage, then don’t let studies saying that women who stay single longer are happier bother you. On the other hand, if you’re a happily single woman by choice, don’t let the opposite studies pressure you into rushing into something you don’t want.

If you’re in an unhappy marriage and you’re already considering getting out, though, then by all means, use them as a reason to give you a push. No one should spend their lives with someone who makes them miserable.

Likewise, if you truly want the spouse, kids, and white picket fence, don’t let a study hold you back. Just don’t settle for less than you deserve. Remember your own self-worth and never, ever, ever let anyone devalue you.

So, long story short- yes, according to some studies, women who stay single longer are happier and healthier. However, married women who love their spouses and their lives are just as happy and healthy. As long as you’re living a life that you chose, it’s all good!