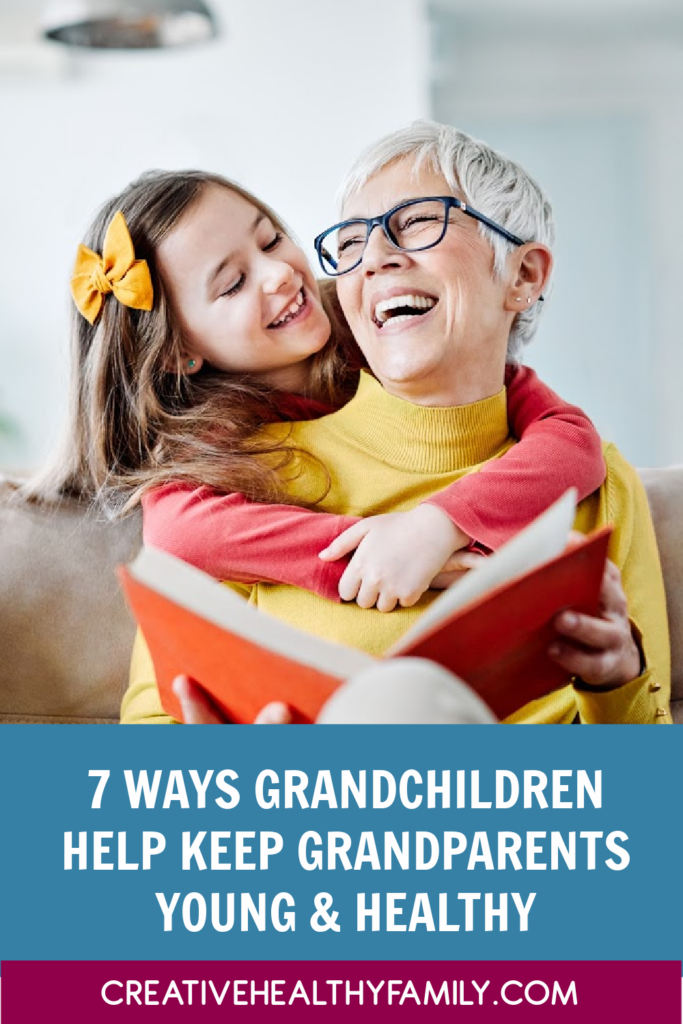 Did you know that grandchildren help keep their grandparents young and healthy? True story! In fact, there are even studies to back it up! Read on to learn more. 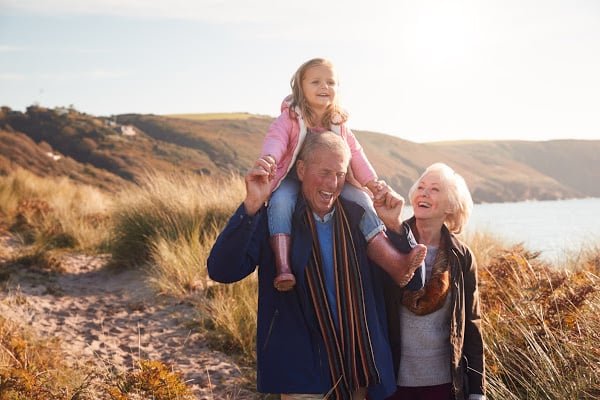 Lately, all we’ve been hearing about is how we have to keep our children away from their grandparents for their own safety. While that’s absolutely true in terms of current events, the moment it’s safe to do so, we need to get them back together.

See, not only do our children benefit greatly from spending time with their grandparents, but some studies show that our parents benefit from that time together, too! 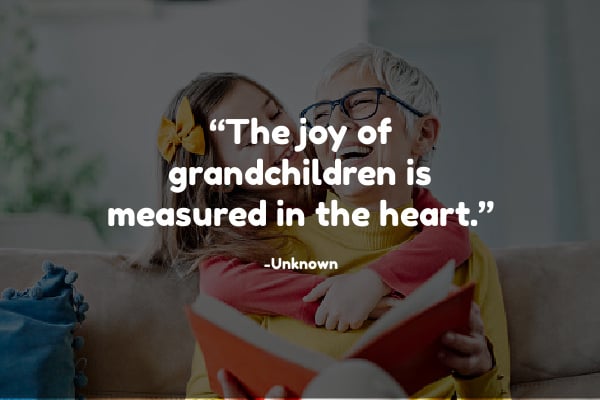 Grandchildren may keep Alzheimer’s at bay

In 2014, a study published in the North American Menopause Society journal found that grandchildren help lower their grandmothers’ risk of developing Alzheimer’s disease. Researchers administered a series of cognitive tests to post-menopausal women. The participants who cared for their grandkids at least once a week did better on the tests than those who spent no time with them.

However, there is a bit of a catch to this one. Grandmothers who spent 5 or more days a week caring for their grandkids scored much lower. As CBS News wrote, too much time together made grandma “more likely to lose her marbles.” So, balance is important. Make sure your kids grandparents’ have some time to themselves, too. 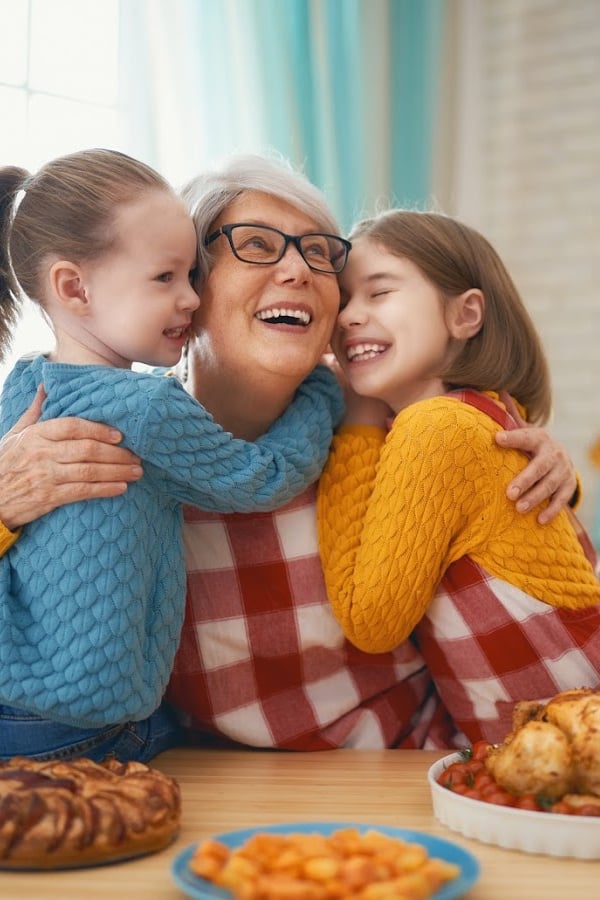 They help improve their grandparents’ memory in general

Grandkids don’t just keep Alzheimer’s at bay; they may help improve their grandparents’ overall cognitive functioning and memory. Dr. Ajit Varki, author of a 2015 study published in Proceedings of the National Academy of Sciences, joked with Parents Magazine that it’s all about evolution, saying, “Now you’re really seeing natural selection for good grandmothers.”

He has a point, though! Grandparents who help raise their grandchildren need to be more alert overall. They have to think on their feet, so to speak, to keep up with our little ones. It makes sense that they use cognitive thinking more often than their counterparts.

Grandchildren give grandparents an opportunity to keep learning

Another important way that grandkids can help keep their grandparents sharp is by giving them plenty of opportunities to keep learning. An interesting study done by the University of Arizona backs this one up. Researchers found that seniors who were taught how to use Facebook (and actually did use it regularly) scored 25% higher on cognitive tests than those who didn’t.

Grandchildren can play a major role in helping their grandparents learn new technology and continue adapting to the ever-changing world of social media. Not only does this improve their memory, but it also helps grandparents feel more connected. So, encourage your kids to spend some time teaching grandma and grandpa something new the next time they’re together, rather than the other way around.

A German study found that grandparents who participate in caring (even if just a little bit) for their grandchildren are less lonely than those who don’t.  According to the study, helping their families by caring for grandkids gave grandparents’ self-esteem a good boost. It makes sense, really. Everyone wants to feel needed, after all.

There’s even more good news, too.  The authors of that study wrote, “Moreover, caring for grandchildren may also expand the social circle of grandparents and allow for further opportunities to establish relationships with other parents or grandparents.” In other words, they tend to have larger social circles overall. As we already know, getting together with girlfriends once a week can do wonders for our health. That goes for all of us, from young adults to senior citizens. 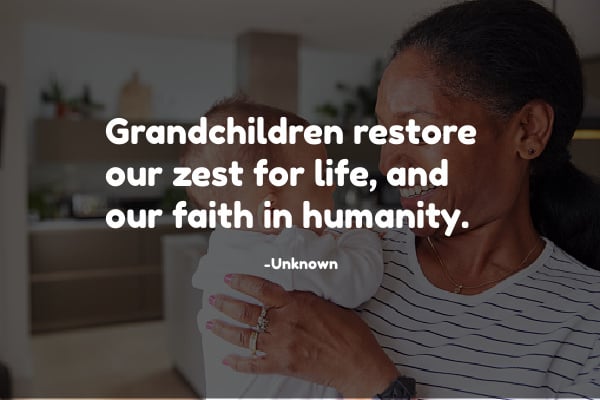 Here’s a little something for all of us adults who still have our grandmothers. Turns out, we’re just as good for them now as we were when we were younger. In 2013, Boston College completed a 19-year research project that tracked the mental health of 376 grandparents. The study found that spending time with older grandchildren helped ward off depression in senior citizens.

That benefit goes both ways, as adults who have a close relationship with their grandmothers are less depressed overall than those who don’t. While the study focused on women, there’s absolutely no reason that it can’t apply to grandfathers, too! 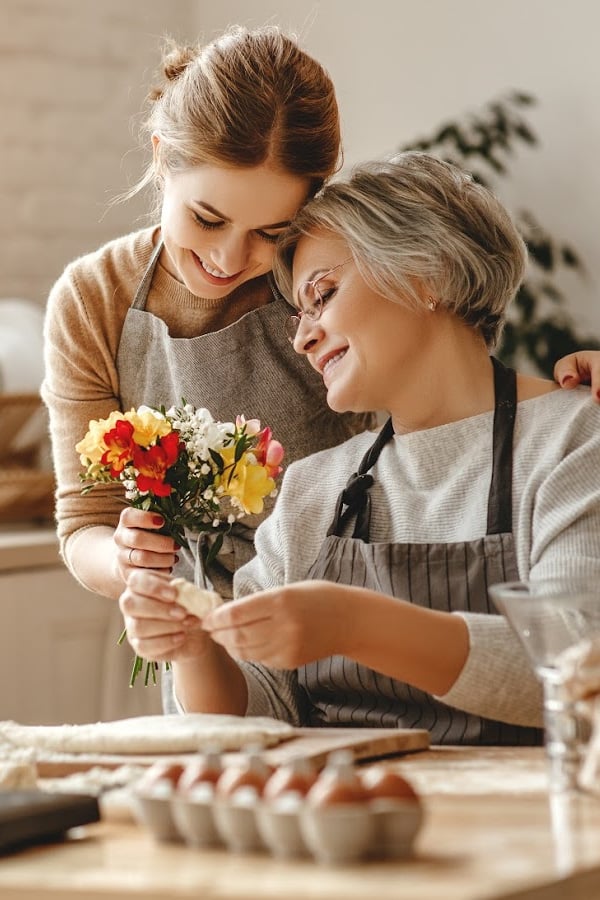 Grandkids are good for the immune system

Children are basically tiny little germ factories! That’s definitely something we learn every year when they head back to school and the whole family comes down with a cold! Being exposed to average, everyday germs on a regular basis (and at low levels) helps give the immune system a much-needed boost. If you think of your immune system as an army, those low-level germs are kind of like training exercises. Just spending time with grandkids helps keep our parents’ systems trained and ready for action.

There’s a bit of a flip side to this one, though. While it’s one thing to expose older adults to “normal” germs, we don’t want our kids to expose them to more serious bugs. If your child is sick with- or even possibly carrying- something more serious than a common cold, keep them home from grandma’s house. For some older adults, even the common cold can cause major health problems, so keep your parents’ health conditions in mind before exposing them to your kids’ germs.

From sharpening their minds to boosting their immune systems, grandchildren play an important role in keeping their grandparents young and healthy. They even help get grandma and grandpa moving more often.  I don’t think I need to tell you how exercise is good for the heart, right? All of that adds up to extra time with each other! 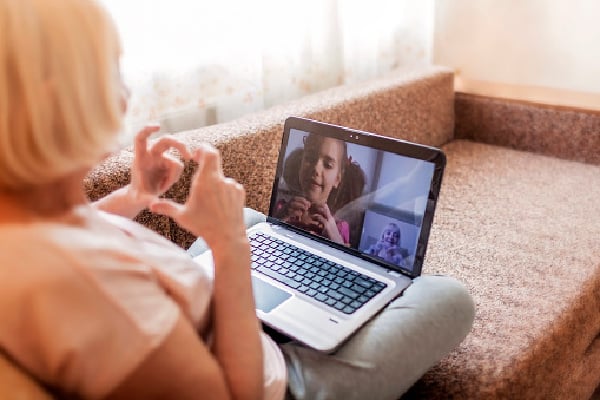 We do need to consider current events and keep our older generations safe right now. While we’re doing that, make video chats with grandparents a priority. Even just talking to each other from far away can help grandparents feel more connected and less isolated. However, the moment we get the “all clear,” let’s all promise to give our kids and parents the reunion they deserve!