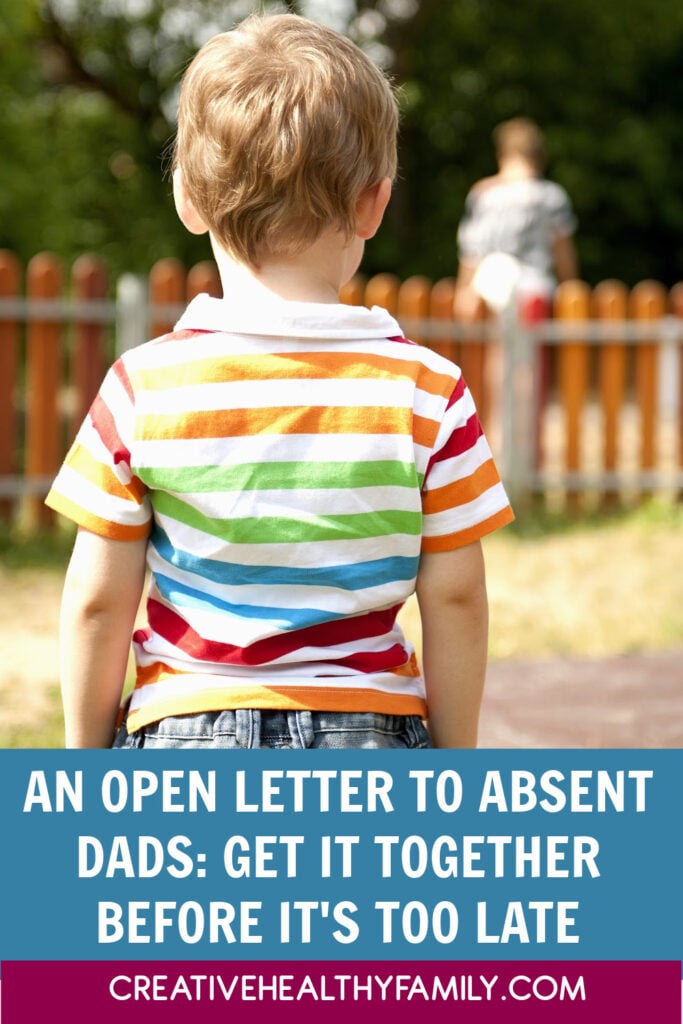 Kids need their fathers just as much as they need their moms. So, please, if you’re an absent dad, get it together. Show up and be there for your children, even if you’re not living there with them. If you don’t, I promise you’ll regret it one day.

Dear Absent Dad: Get it Together & Show Up for Your Kids Before It’s Too Late

I’ve talked in the past about how important fathers are, and how dads don’t babysit kids, they raise them. I’ve also talked about how a woman’s first love is her dad, how he’s the man that sets all of her expectations for every other man in her life. I don’t think I need to reiterate just how much dads matter in the lives of their kids, right?

In those discussions, though, I was mostly speaking to dads who were there for their kids, both physically AND in heart & soul. Today, I want to speak directly to the “absent dads” out there.  That includes both the 20% of dads who don’t live with their kids AND the fathers who do live in the same house but are never really there for their kids emotionally (which may be even worse than being totally absent).

I have just one thing to say to you: get your act together (and “act” isn’t the word I would have used if I wasn’t trying to be family-friendly). Show up for your kids. Have the courage to raise them, to be a DAD. 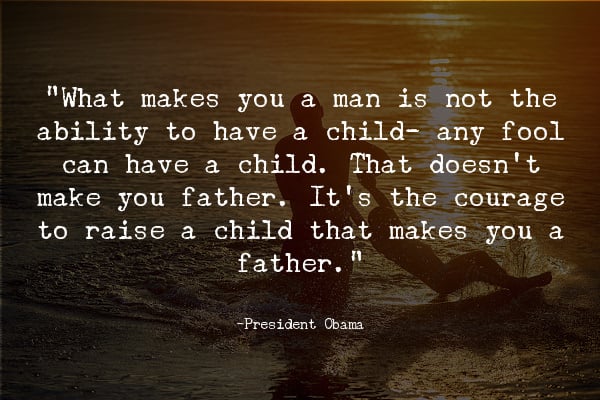 Anyone can make a baby. It takes courage to be a father.

As President Obama said during a 2008 Father’s Day speech, “What makes you a man is not the ability to have a child- any fool can have a child. That doesn’t make you father. It’s the courage to raise a child that makes you a father.”

I know of too many men who think that their quick contribution at the very beginning of their child’s life is what makes them a dad. Now, don’t get me wrong, I’m not downplaying or diminishing that contribution. It’s pretty darn vital to the whole continuity of our species, after all! However, that contribution merely makes you a biological parent. It takes a whole lot more than that single moment to make you a real father.

If you want to be a real father, you need to BE THERE for your kids. That has absolutely nothing to do with living under the same roof, either. It’s about being there emotionally, not physically. It’s about supporting them with your whole heart and not just your checkbook.  It’s about being a part of their lives, even if you’re living a life apart from them.

Oh, and if you’re about to say, “Well, I can’t be there because…” let me stop you right there. There’s no end to that sentence that justifies dropping out of your kids’ lives. Nothing, nada, zip, zilch should stop you from trying to show up for them, period. 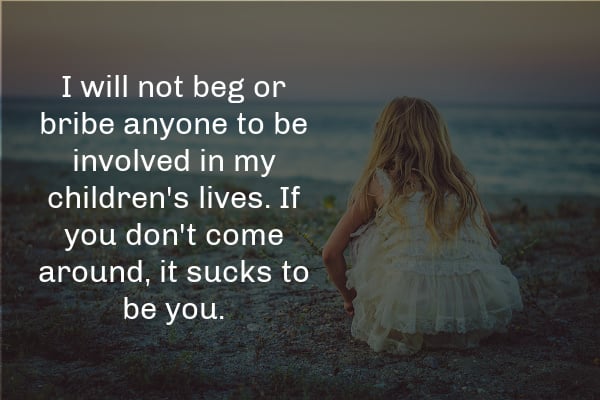 I have a lot of friends who grew up with an absent dad, and they’ve heard all of the excuses in the book. “I live too far away and can’t afford to come to see you right now,” “Sorry, I’ve been really busy with work,” and my personal favorite, “I’m a great dad. That’s your mom talking! She poisoned you against me!” 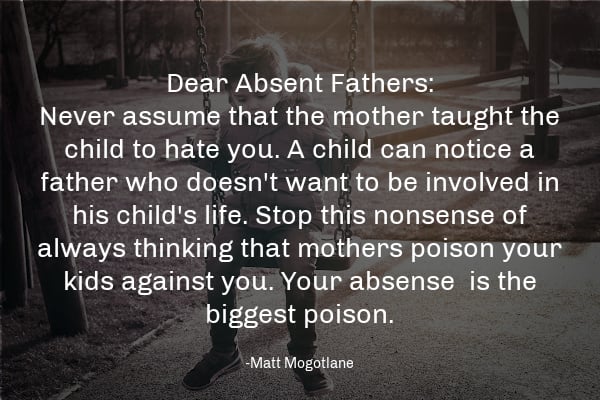 Look, as Matt Mogotlane said in the quote above, your absence is the biggest poison of all. Yes, there are moms who trash-talk their kids’ dads, and shame on them for doing it. No child should ever hear one parent say bad things about the other. But kids are perfectly capable of making up their own minds. If you make an effort to be a part of their lives, they’ll be able to see through any ‘trash talk.”

As for the other excuses, you don’t need money to be there for your kids. If you live too far away to visit regularly, let me clue you in on a little secret: we have this amazing technological advance called a telephone. Maybe you’ve heard of it. You dial a number and speak into it, then the person on the other end can hear and speak back to you. Crazy, right?

Sarcasm aside, there are so many ways to be a part of your child’s life without spending a single dime. If you live far away, phone calls, video calls, even emails are all very cheap. If you live nearby, just spending time with you is enough. You don’t have to buy your kids’ love; they’re more than willing to give it to you for free. 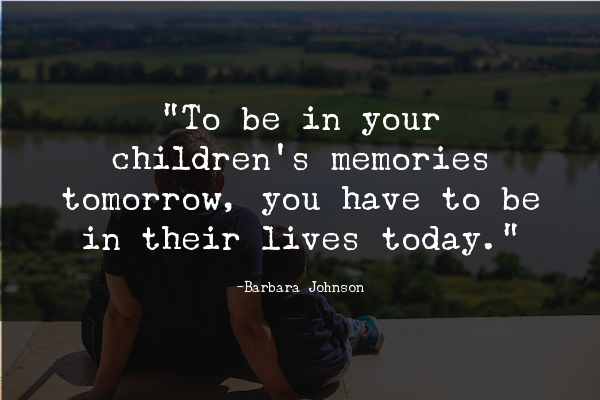 If you want your kids to remember you tomorrow, don’t be an absent dad today

See, at some point, your kids will stop looking for you. They’ll stop waiting around for you to be their dad. They’ll seal up the hole that your absence left in their heart and move on. When that happens, it’s too late.

Oh, they may forgive you. They may make a small place for you in their lives, maybe even grow fond of you again, but they will never let you all the way in. They’ll never risk having their hearts broken by you again, and they will never look at you the way they did the day before you walked away.

So, I say again, absent dad: get your act together. Be a REAL father, before your kids let you go. Before you’re left with nothing but regret. Before it’s too late.