A woman’s first love is her dad. Through him, we learn what to expect from our future husbands. How he treats us (and our moms) shows us how we should be treated by our partners in the future. That’s why it’s so important to have a good father figure. So, with that in mind, today we’re talking about the bond between fathers and daughters, and how you can help strengthen it in your family. 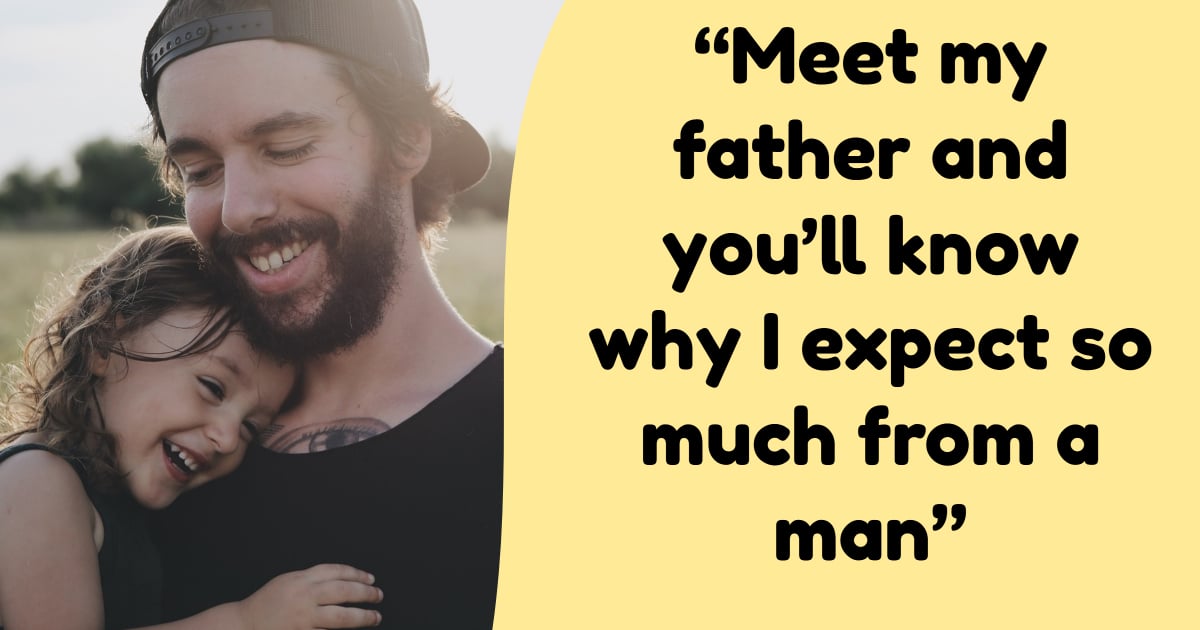 I can definitely imagine my daughter saying that to her future mister. Sometimes (just sometimes), I feel for that guy, whoever and wherever he is.  He has some pretty big shoes to fill and standards to live up to!  My 4-year-old daughter has completely wrapped my husband around her itty-bitty finger.

She tells him he’s the “cutest dad ever,” and he completely melts. She compliments him when he gets a haircut or dresses up for an event, and he swoons. She’s even the first one to rush to the door to give him a hug when he comes home.

Yep, just like my son is a “mama’s boy,” my daughter is definitely a “daddy’s girl.” Dd you know that there’s a scientific reason for that? A 2017 American Psychological Association study found that a father’s brain responds differently to his daughters than to his sons. Of course, that’s not to say that dads don’t love their boys as much as their girls. We all love our kids equally! 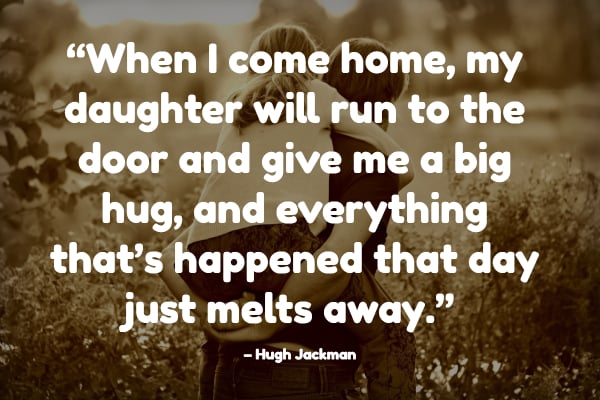 I’m grateful that my daughter has such an amazing role model, and not just because that bond between them is such a beautiful thing to witness. Even science has a whole lot to say about the importance of dads taking an active role in raising their kids. Take a look at a few examples below.

With all of that in mind, let’s talk about some things dads can do to keep that father/daughter bond going strong. 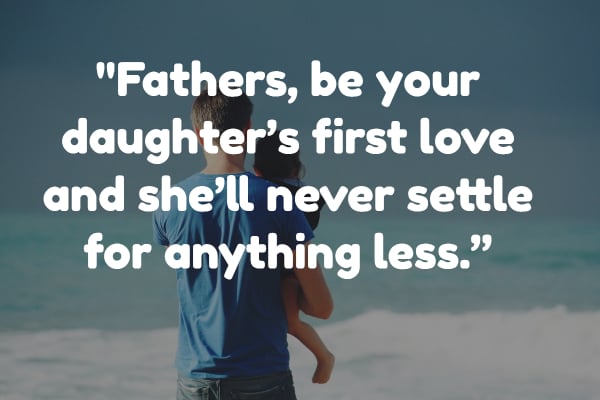 How to strengthen your father/daughter bond

The best way to really deepen that father/daughter bond is to simply spend time together. It sounds  easy, right? That said, here are a few other tips to strengthen your bond.

Show up for her

Whether it’s cheering her on at her gymnastics meet or listening to her when she’s had a rough day, be there for her when she needs you. If you can’t physically “show up,” then let her know you’re thinking of her. For example, if you have an out-of-town meeting that you can’t reschedule the same day she has a big event, set up a Skype of Face-time call in the morning. Go the extra mile and wear a big sign that says, “Go Sally!” Be silly! Be bold! Just be there however you can! 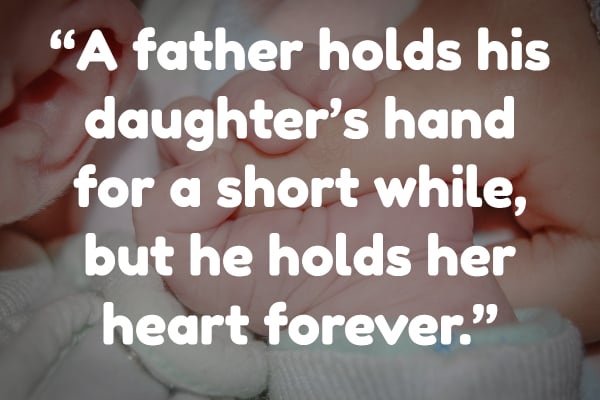 Sure, it’s great to show up for your daughter and cheer her on at her spelling bee or read her bedtime stories that she picks out. However, those are things that SHE loves. You do them because you love her and want to support her, but let’s be honest, you’re not all that jazzed about reading “Goodnight Moon” for the umpteenth time.

So, it’s also important to find things that you both enjoy. Not only will she get to experience the world from your point of view, but you’ll develop a whole new bond that lasts a lifetime and build longer lasting memories.

Part of a dad’s job is to teach his daughter how she should be treated by future men in her life. It’s not enough to just tell her what she deserves, but also to show her. Treat her mother with respect and kindness. Yes, even if you’re divorced and don’t particularly get along with her mom. In fact, especially if that’s the case, because it will show her that even if her future relationships don’t work out, she still deserves proper respect. 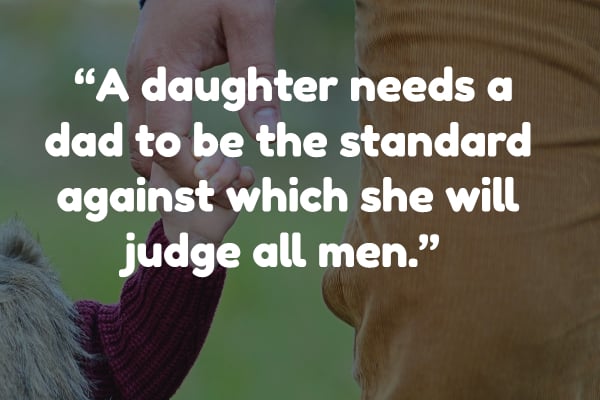 This one is for all those dads of teen daughters out there! I know it’s tempting to wrap your daughter up in your great big bear arms and growl at anyone who comes near her but resist the urge. Don’t be that dad that threatens every guy she ever brings home. Trust me, she’ll stop bringing them home! That’s the last thing you want.

Instead, show genuine interest in her dates. Talk to them like human beings. First, this guy could be your future son-in-law and you want to start the relationship off right. Second, if he does turn out to be a less-than-stellar guy, you’ll see the signs better if you just “play it cool” and actually interact with him. Plus, if that happens, she’ll need you more than ever. So please, respect her boundaries. Either way, you’ll be grateful you did later.

A little final note, “fathers” come in all shapes and sizes. So, all of this applies whether you’re a biological dad, adoptive father, stepdad, or even a grandfather or uncle stepping into the role as father figure. 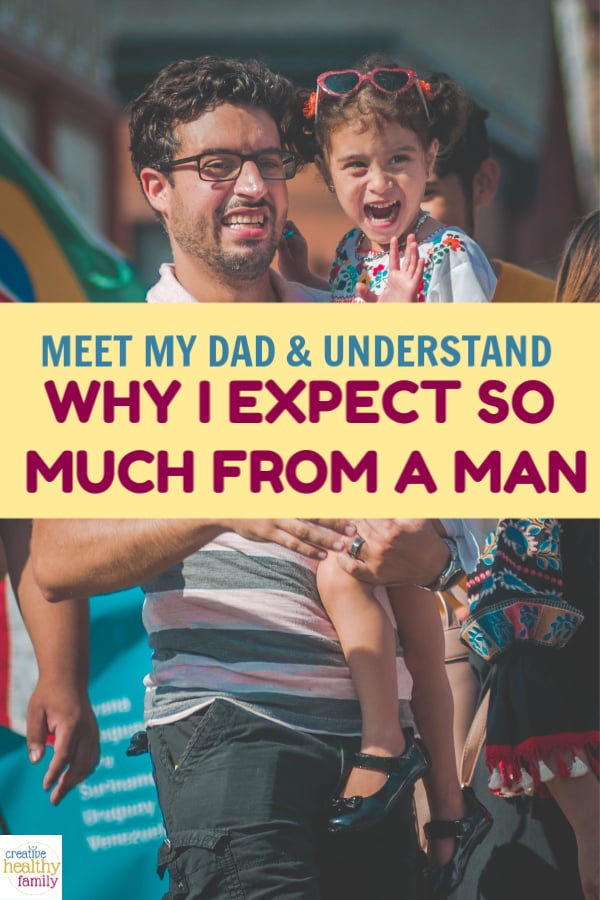 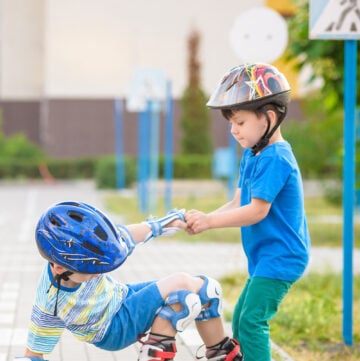 As much as I’d love to see my kids succeed in life and live comfortably in their adult years, given ...

END_OF_DOCUMENT_TOKEN_TO_BE_REPLACED 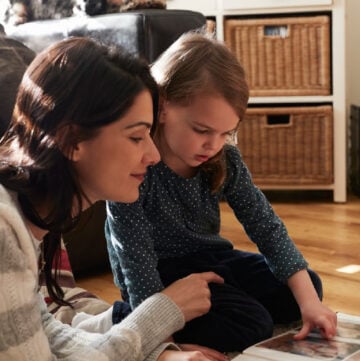 One day, photos are all your kids will have to remember you by. Do them a favor and actually be IN ...

END_OF_DOCUMENT_TOKEN_TO_BE_REPLACED 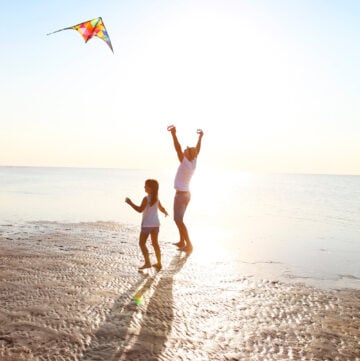 I saw a beautiful quote the other day that said, "The older I get, the more I realize I just need ...

END_OF_DOCUMENT_TOKEN_TO_BE_REPLACED 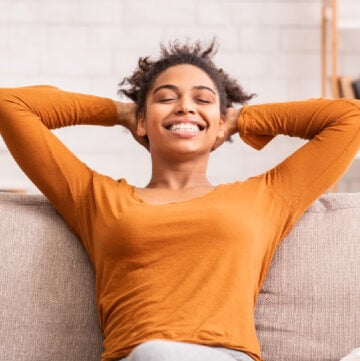 When someone hurts us- really hurts us- it’s easy to fall into the trap of thinking about how we can ...