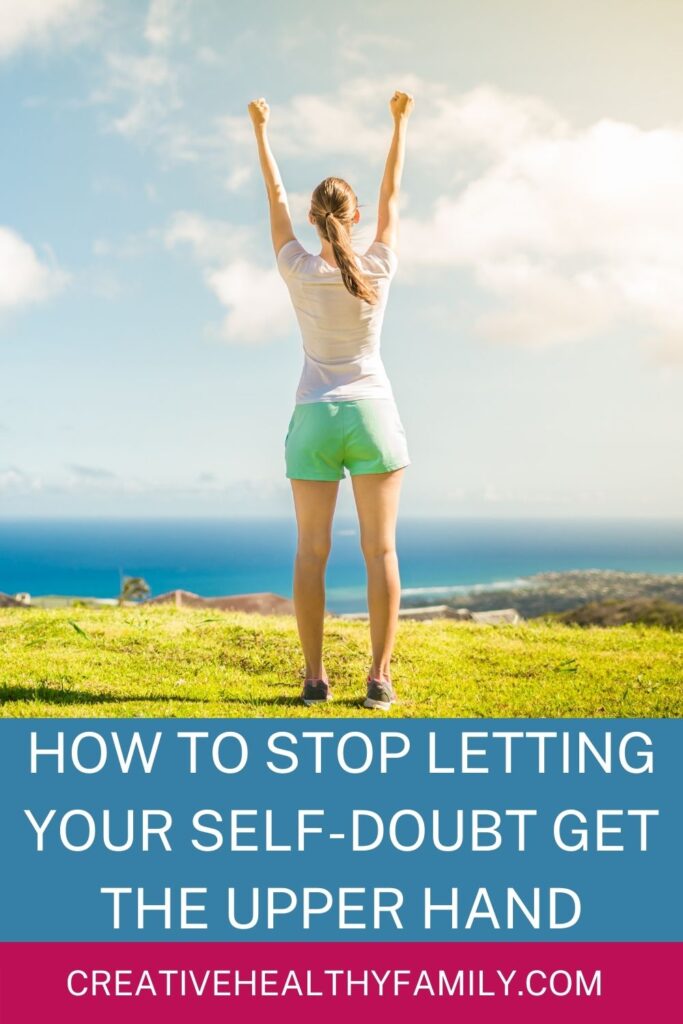 I read a fascinating study the other day about Imposter Phenomenon and how so many of us let self-doubt get the upper hand. Let’s check it out. Then, we’ll discuss some ways we can overcome that nagging “you’re an imposter” feeling that we all sometimes get.

Before we dive into the results of the study, let’s quickly go over exactly what “Imposter Phenomenon” means. Basically, it’s extreme and unrelenting self-doubt. People who suffer from it “systematically underestimate themselves and their own performance.” They chalk any and all successes in their lives up to “luck” rather than their own skill or performance. Worse, they live in constant fear that others will find out that they’re “imposters.”

Up until recently, no one really spent much time or effort studying the phenomenon beyond including a few theoretical questions about it on personality tests and whatnot. Researchers at the Martin Luther University of Halle-Wittenberg in Germany changed that, showing for the very first time that “even under real-life conditions the phenomenon appears regardless of age, gender, and intelligence.”

The researchers gathered a diverse group of 76 people and gave them a series of intelligence tests. Every participant received positive feedback on every test, regardless of how well they actually did. Then, researchers asked them why they (the subjects) felt they did so well.

The study’s results showed two major things. First, Impostor Phenomenon isn’t related to actual performance or intelligence. In other words, it wasn’t limited only to those who scored high or low. It also wasn’t limited to any specific age or gender.

Second, it supported the previous assumption that people suffering from it tend to “devalue their objectively measured performance and attribute positive results to external causes such as luck and chance, but not to their own abilities.”

Impostor Phenomenon isn’t classified as a mental illness (at least not yet). However, Kay Brauer, one of the researchers, did point out that people who suffer from it also “show a higher susceptibility to depression.”

How to Stop Letting Self-Doubt Get the Upper Hand

“A healthy amount of reflection and self-doubt can protect a person from acting rash,” according to Brauer. Sometimes it’s okay to second-guess yourself. In fact, scientists do it all of the time. The first thing they do after any success is trying to repeat it. They need to make sure they didn’t just “get lucky” before they present their findings to the community, after all. The higher the stakes of the experiment, the more they try to duplicate its success before they truly call it a success.

Self-doubt becomes an issue, though, when it’s a constant companion to your every success. If you think that every good thing that you do or that happens to you is simply the result of luck, then you may be suffering from Imposter Phenomenon.

Not only are you being completely unfair to yourself and putting yourself at a higher risk of developing depression, but chances are pretty good that you’re also letting that self-doubt hold you back from realizing your full potential in life.

Of course, if overcoming Imposter Phenomenon was easy, no one would ever suffer from it, right? If your self-doubt is completely derailing your life, or if you’re suffering from depression, I highly recommend talking to a professional. If you’re dealing with a minor case of it, or you want some tips to try until you can get in to see a therapist, here are some ideas that help me.

Stop the self-doubting voice in its tracks

Sometimes, saying things aloud gives our brains the jolt it needs to shut down (or shut up) negative internal thoughts. So, when that nasty little self-doubt voice starts telling you that you’re an imposter or that anything good in your life happens out of sheer luck, stop it in its tracks. Say it aloud and be firm. “STOP! I will NOT continue to undermine myself.”

Try to think of one good thing (and ONLY one)

I was originally going to recommend that you replace every negative thought with 5 positive ones. It sounded like a good idea in my head. But then I came across this 1999 study from Ohio State University. Yes, it’s old, but it still makes sense.

You can read the full study if you want, I’ll just give you the conclusion: “People with high levels of self-doubt shouldn’t spend a long time trying to generate positive examples to argue against their current funk. If they try to come up with additional reasons, it’s probably going to backfire.”

So, keep it simple. Just think of one example for now. As you get better at overcoming self-doubt, you can add in more.

There is actually a scientifically backed link between your posture and your confidence, according to a 2009 study, also from Ohio State University. Researchers discovered “that people who were told to sit up straight were more likely to believe thoughts they wrote down while in that posture concerning whether they were qualified for a job.”

Train yourself to accept a compliment

The next time someone gives you a compliment, say just two words: thank you. Don’t try to qualify it, pass credit to someone else, or “pshaw” it away. Just. Say. Thank. You. Practice in the mirror if you have to. Heck, literally bite your tongue if that’s what it takes from letting your self-doubt get the last word.

Take a journal or notebook and draw a box roughly ¼ the size of the page in the lower-left corner. That’s your “negative” space. Use it to let your self-doubt voice have its say, but ONLY allow it that much space. The rest of the page should be dedicated to more positive things.

Ideally, use that space to lift yourself up and say good things about your successes. If you’re not quite there yet, though, use it for other happy thoughts. Even if you’re just writing about a beautiful sunset or a really good piece of pizza, you’re training yourself to recognize the good more than the bad.

If all else fails, just remind yourself of the odds!

I know it sounds like a joke, but I couldn’t be more serious. If you’re constantly blowing off your success as just “luck,” remind yourself of the actual odds of that being true. For example, say you beat out 100 other candidates for a job. Basically, you only had a 1% chance of “lucking” into it. Which seems more likely to you: the company hires entirely at random and just happened to pull your name out of the hat; or that your skills earned you the job?

Another example: imagine that you just scored a 100% on a 25-question multiple-choice test. Your teacher praises you for a job well done, but you feel like you just got lucky. What’s more likely: that you made 25 perfect guesses, or that you actually know the material and passed on your own merit?

As I said earlier, overcoming self-doubt isn’t easy. It takes time, energy, effort, and practice. But it’s absolutely worth it. YOU are absolutely worth it. You deserve not only to succeed in life but to also take credit for those hard-earned successes. Don’t let anyone take them away from you. Not even yourself.