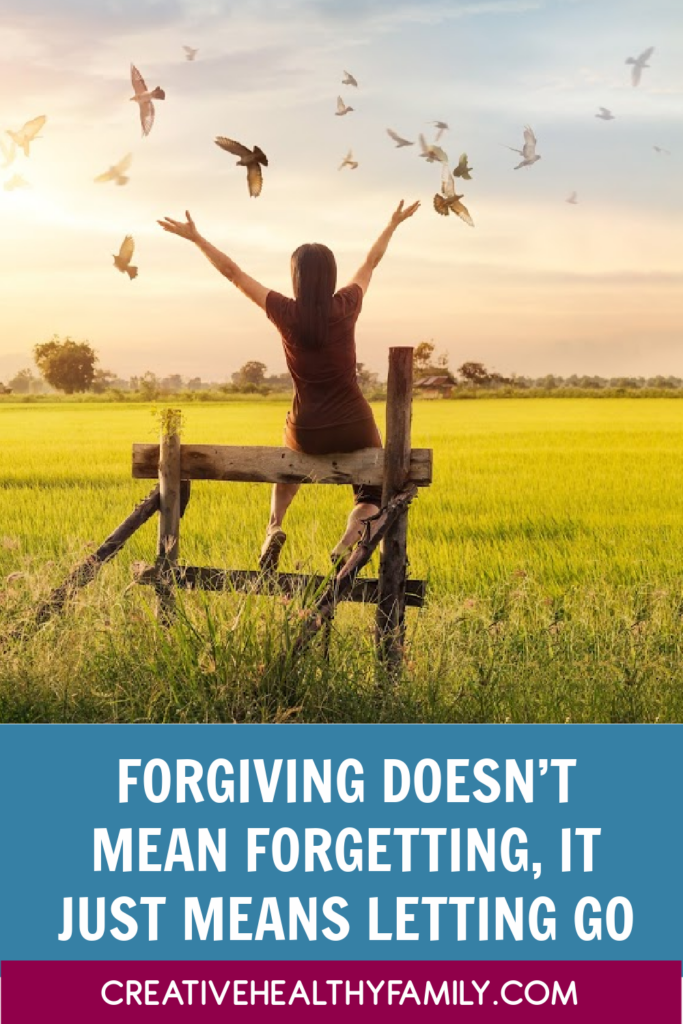 Forgiving doesn’t mean forgetting, it just means letting go of the anger and allowing ourselves to find peace even with those who disappoint us. In other words, if you can’t do it for them, do it for yourself. Read on to see what I mean. 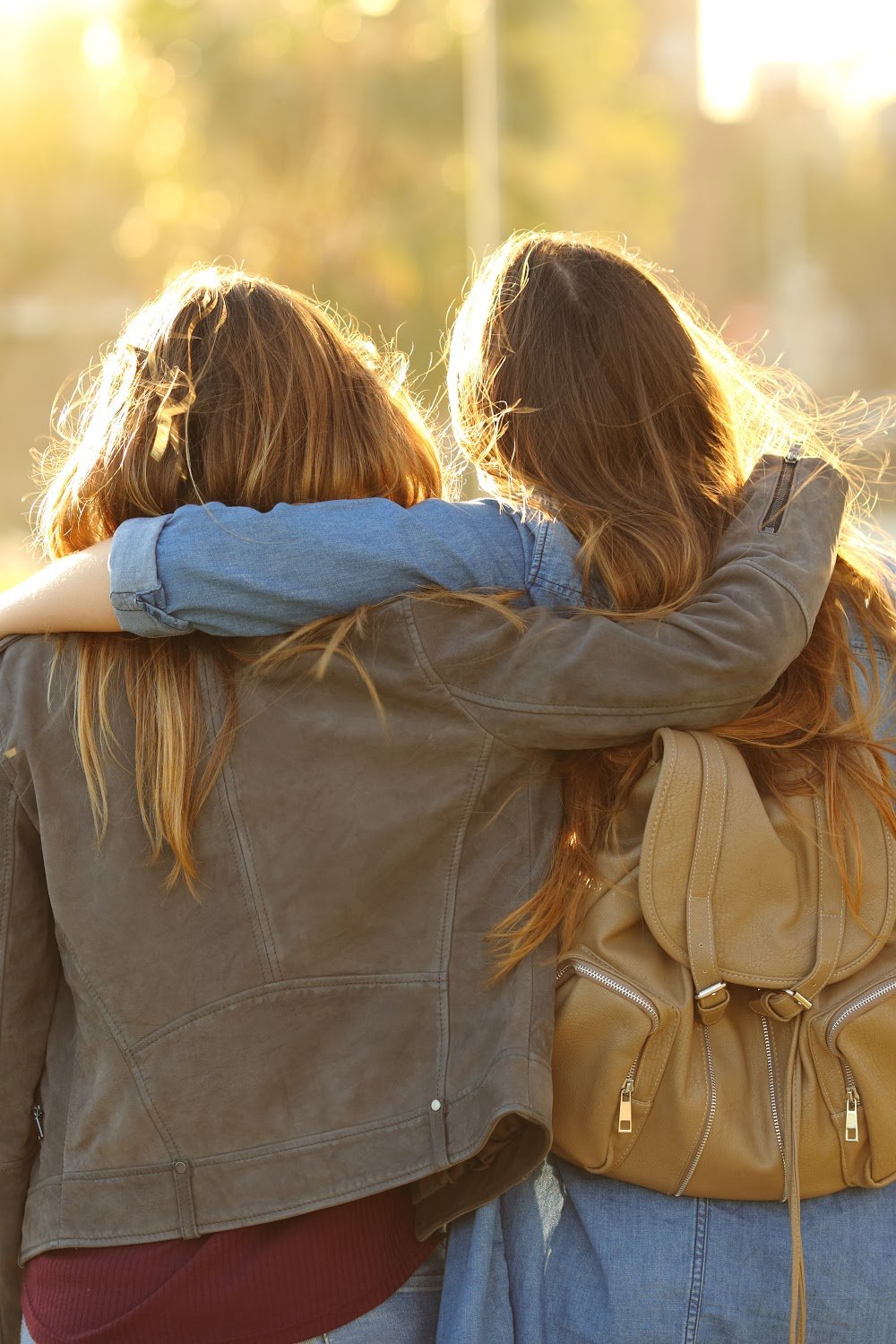 All around the nation, we have parents that aren’t speaking to their kids, sisters disowning each other, brothers engaging in screaming matches at family dinners. We’re all disappointed in someone and disappointing to another.

I’m not going to get into politics. Regardless of which side of the divide you find yourself on, chances are you’re mad at someone right now. In the midst of all this turmoil taking place in the country, there’s a lot of talk about how we need to heal, forgive, and move on together.

Easier said than done, right? Yes, it’s hard-especially when you’ve been let down in a monumental way. However, if we frame it as something we do for ourselves, it becomes a little easier.

I’m not saying you have to forget. The whole “forgive and forget” thing is a ridiculous cliché. It implies that in order to find peace with someone else’s actions, we have to pretend it never happened. Give them a clean slate, so to speak.

That’s where we hit our greatest snag with reaching forgiveness. What if you took forgetting out of the equation and change it to “let go,” though? Let me explain. 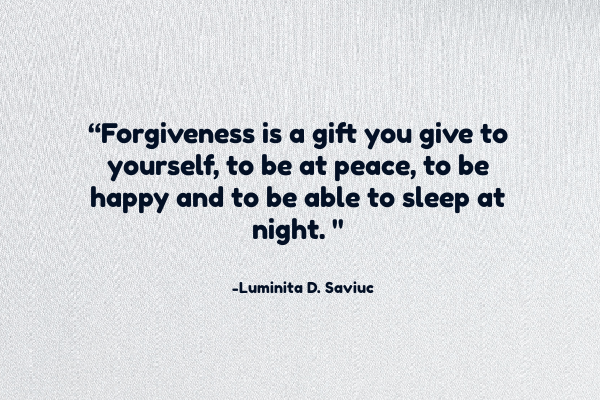 Letting go is not the same thing as forgetting

When we let go of anger, disappointment, or even rage that we feel towards someone else for what they did to us, we’re not giving them a gift; we’re giving one to ourselves. We’re saying, “I will no longer devote my energy towards your actions.”

See, when we hold onto those feelings and give them space in our lives, we’re using up our own energy. If we’re really honest with ourselves, we’ll realize that the person we’re directing that rage towards isn’t even thinking about us. While we’re sitting around seething and soaking in negativity, they’re out living their lives. So really, we’re only damaging ourselves.

When we decide to forgive, we make a conscious choice to let go of that negativity. We’re saying, “I am choosing to accept that the past cannot be changed. I am choosing to relinquish my grudge and release my anger.”

Give it a try. Trust me, you’ll feel a major weight just lift right off your shoulders. Forgiveness truly is a gift that you give yourself. If you’re still not quite ready to let go, though, perhaps this next section will help you.

Not only are women just plain better at forgiving (according to this study), but it also actually has some very real health benefits for us.

For example, a 2015 University of Missouri-Columbia study found that forgiveness helps protect women from depression. Researchers looked at the effect of the act on aging adults. They found that “older women who forgave others were less likely to report depressive symptoms regardless of whether they felt unforgiven by others.”

It makes sense, especially when you consider this study that shows forgiveness is something we’re predisposed towards. In other words, it’s a very natural human emotion. Senior author of the study, Yale psychologist Molly Crocket, writes,

“The brain forms social impressions in a way that can enable forgiveness. Because people sometimes behave badly by accident, we need to be able to update bad impressions that turn out to be mistaken. Otherwise, we might end relationships prematurely and miss out on the many benefits of social connection.” 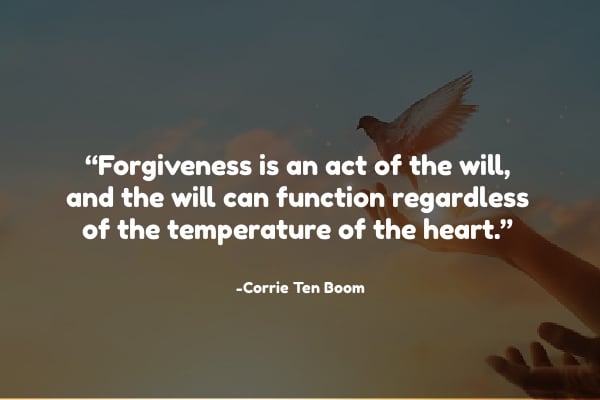 If you can’t forgive, at least release your tight grip on that grudge

Some acts are so atrocious that forgiveness really isn’t possible. That’s entirely understandable, and I would never suggest that you force yourself to feel something that you’re not ready to feel quite yet. In that case, make a conscious decision to stop “holding” onto a grudge. Say to yourself, “I cannot ever forgive this act, but I can stop giving it my attention.”

Again, doing so is a gift for yourself rather than the source of your anger. Holding onto that grudge and actively devoting energy towards it is downright unhealthy. It can lead to depression, anxiety, high blood pressure, and other physical problems. 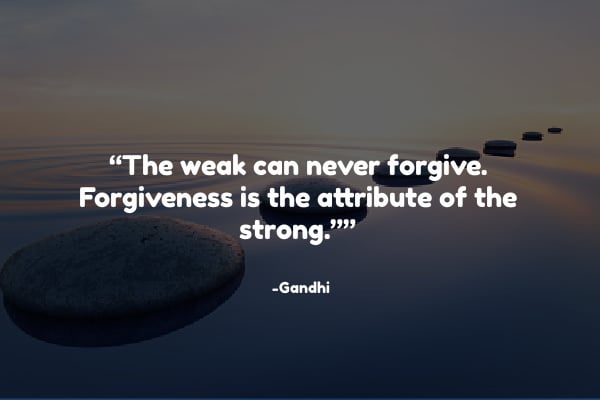 I’m definitely not saying forgiving is an easy thing to do. If it were, no one would ever be mad at anyone else, right?  I just think that if we can find a way to let go of the energy we devote towards holding a grudge, we’d all be a lot happier and healthier in the long run.